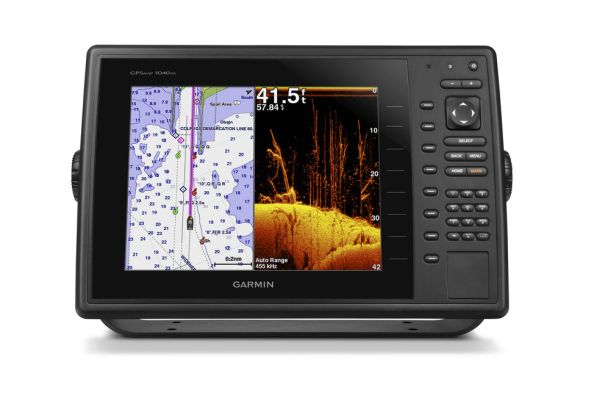 We all know that instrument calibration is important for quality data on board. Many times however this task falls by the way side, in favour of rig tuning, crew mechanics training and boat maintenance.

In this two-part guide we will show you how and why you need to calibrate your instruments to give yourself the best data possible. Having great data will give you confidence in your decision-making process.

The primary sensors measure the variables that contribute the most to our instrument system; they feed into most calculations within the system software to give us all the data we need. Some measured variables contribute more to the calculation than others. These are called the primary variables. Secondary variables only provide a direct reading to the displays.

The following four sensors read the primary variables that contribute the most to the system;

To get the best performance out of the system we must calibrate these correctly before any of the derived variables will be accurate. Some higher-end systems that apply motion calculations to wind speed and direct use a variable called Measured Wind. In these systems apparent wind is a derived variable, calculated to negate the effects of motion.

Secondary sensors measure other variables that provide useful data but do not influence any derived variables, except in some high-end systems. Therefore, whilst important to get right, they can be left till a convenient time to calibrate without influencing other variables.

The main goal of any system is to give accurate tactical data to the navigator, tactician and trimmers. The data they typically want is true wind data, apparent wind data, and tidal flow values. Only apparent wind data can be read directly from the sensors. Unless we perform some calculations we cannot measure true wind or tidal flow. The following variables are the ones that tacticians and navigators are most interested in:

Only once the primary measured variables are calibrated can we trust and refine the above variables.
We will look at these in more depth in part two.

1First we must calibrate the primary variables; no
other variables can be accurate without these also
being accurate.

Start by calibrating your compass, which is the sensor responsible for heading (HDG). Most systems calibrate the compass by way of a compass swing, this is usually done by starting the calibration and completing a full 360-degree circle. Generally a rate of turn of around 1.5 degrees per second is required, so the whole process should take around 4 minutes. Once complete your instruments will display “complete” or “calibrated”
or something similar.

Compass calibration should be done every time something magnetic on board changes location or something new is added. Electrical items like TVs, HF radios etc have lots of magnetic interference. If you remove the HF radio for inshore racing, then the compass must be recalibrated every time the HF radio is removed or reinstalled.

When the calibration process is completed take some sights with a handheld compass at various headings. Look for any variation between the boat’s compass and the handheld compass. Often there will be a consistent variation in headings because the instrument system compass was slightly misaligned when installed. This offset can be entered as a calibration figure into the system. Make a good note of this because the variation will not change over the course of the season. The manual usually has a good place in the back to record these calibrations should the stored value in the system be lost.

Activate the calibration tool in your instruments. The tool will ask you to start and stop each run. Maintain a nice cruising speed (around 5 knots is good) and do not change the engine revs between or during runs. Start your run as you go past the first marker and stop the run as you pass the other end. Turn around and repeat (see figure 2).

Once the calibration runs are complete, the tool will give you a result in either a percentage (as with B&G’s H5000 system) or Hz/Knot value (as with the older H3000 system).

If the result passes the “looks sensible” test, then apply it to the boat speed calibration in the system.

It is also important to remember that you feel wind pressure on your face, not wind speed. Wind pressure is a combination of the air mass density and the wind speed. The density is dramatically affected by the air temperature and humidity. It is most commonly observed by those who travel north for the winter, who will notice that a 20 knot Melbourne southerly is considerably more powerful than a 20 knot Whitsunday south easterly trade wind.

After a few tacks you will begin to notice that one tack will have a tighter wind angle than the other. This is caused by the MHU misalignment. You will want to apply an offset to the MHU to correct this. Remembering that the correction affects the value on both tacks, you will halve the difference between the two. Rotating the MHU to starboard is a positive value, to port is negative.

4GPS data comes directly from the satellite receiver and requires no calibration. The only thing to check here on a typical system is that the GPS is sending course over ground as magnetic or true to match the way the instruments are setup.

Boats with an autopilot fitted need to have the rudder angle indicator calibrated before the autopilot can be used. The system will have a calibration function for this within the menu structure. Often this will involve turning the helm hard to port, followed by hard to starboard, and entering the known maximum rudder angle.

On systems without an autopilot, a rudder angle indicator can be useful for determining balance. Sailing with too much rudder angle is slow because the rudder is being dragged through the water. Too little rudder angle means the helmsman will not have any natural feel. Often rudder angle on race yachts is measured using a stringpot connected to a lightweight quadrant on the rudder stock. To calibrate this measurement two known rudder angles are required. Measure the voltage at known position one and again at known position two. Enter these values in to the linear input the stringpot is connected to within the system. The system will then determine the rudder angle using a linear interpolation from the two know positions.

Forestay load pins, or sheer pins, must also be calibrated. These are not easy to calibrate, and must often be sent to a specialist for proper calibration. Sheer pins also require a voltage amplifier to amplify the millivolts from the sheer pin into something more readable by the system, normally 0 – 5volts. When the sheer pin and amplifier come back calibrated they will have a certificate that will give the calibration load and amplified output values. Enter these in to the system as a linear input.

The calibration for heel sensors such as gyroscopes or inertia moment units (IMUs) is usually very basic. The only calibration needed is generally an offset value so that when the boat is upright the heel value displayed is zero.

Some grand prix boats now use a variable called heel delta, which is the difference between the target heel angle and the actual heel angle. This requires a system capable of storing a target heel polar, or using tactical software such as expedition to output the value to the instruments. Using heel delta means that the crew can focus on just a single number without needing to do any maths in their heads. The crew always aims for zero, with a negative heel delta meaning the boat it under heeled, and a positive meaning over heeled.

Getting the basic calibrations right takes time, but is well worth the effort. A simple error in the calibration of a primary sensor can throw out the whole system. The holy grail of any instrument system is to give us accurate true wind data quickly without having to remember multiple numbers from tack to tack. This in turn will help the trimmers make better decisions about sail selections, and tacticians make better decisions about which way to go.

Next issue we will look at more advance calibration to help achieve that goal of true wind angles and direction.