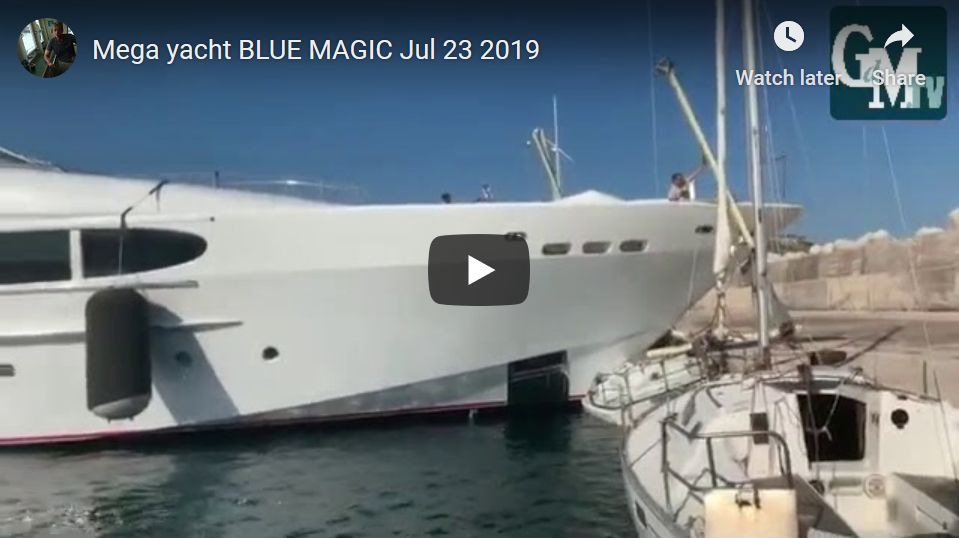 On Tuesday evening, the superyacht Blue Magic lost control and struck a pier at the port of Santa Maria di Leuca, a popular tourist destination in southern Italy. A sailing yacht was crushed between the dock and the Magic's bow.

No one was injured in the collision, as the sailing vessel was unoccupied at the time of impact. An initial assessment by Italian authorities indicate that a fault in the yacht's electronic propulsion control system was likely the root cause of the casualty. Upon boarding, PSC inspectors found that the Blue Magic had several paperwork deficiencies, and she has been temporarily detained, according to local media. Her AIS signal showed her moored at the port as of Wednesday night.

The 47-meter Heesen superyacht Blue Magic (ex name Big Mak) operates on charter voyages out of the South of France, according to yacht charter listings. She was built in 1998 and underwent a comprehensive refit in 2018; she features a complete spa area, a new minimalist interior and a range of watertoys. She has sleeping accomodations for 12 guests and nine crew, and she can accommodate up to 150 for pierside receptions. Her listed charter rate is about $170,000 per week.

Watch video of the collision at The Maritime Executive.