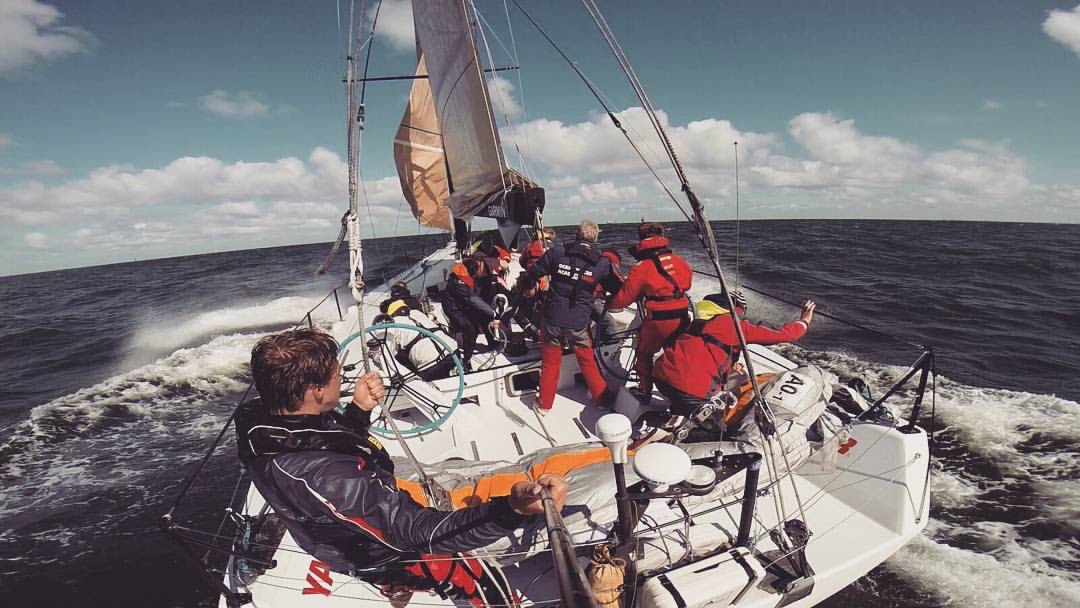 Gothenburg – 11 October 2017:  Record-holder Silk Cut is the fourth boat entered in the Legends Race next year. She was originally skippered by Britain’s Lawrie Smith.

Silk Cut started the 1997-98 Whitbread Round the World Race as the pre-race favourite, with odds of 7:2.  The combination of Lawrie Smith as skipper and strong funding held good promise. A fast boat, with the skipper willing to take some chances, Silk Cut, claimed a new 24-hour multihull world record of 449.1 nm, averaging 18.71 knots on Leg 2 from Cape Town, South Africa to Fremantle, Western Australia.

However, Smith’s luck ran out, when on Leg 5, from Auckland to Saõ Sebastião in Brazil, the wind gusted to 68 knots and, 2,000 nm from land, Silk Cut’s mast snapped at the second spreader and Smith headed for Ushuaia, the southernmost port in the world and retired from the leg.

With a new mast, Silk Cut’s form improved with a win on Leg 6 from Saõ Sebastião to Ft Lauderdale, USA, beating Paul Cayard and EF Language, the eventual race winner, by 78 minutes.  But, in a fleet made up of 10 Whitbread 60s, Silk Cut was only able to finish midway through the field, in fifth place overall.

Now called Boudragon, Silk Cut has been completely renovated and is skippered by Hans Bousholte, the former skipper of BrunelSunergy, also an entry in the 1997-98 race.  Hans nowadays is a motivational speaker and gives lectures about the Volvo Ocean Race (www.hansbouscholte.com).

In 2014 Hans started the Oceanraces Academy, a programme for young talent with the ambition to sail big boats. The ultimate aim is to train and prepare them for ocean races like the Volvo Ocean Race. To make this all possible, Oceanraces Academy organises corporate sailing events and multi-day trips.

Boudragon/Silk Cut will not only be taking part in the Legends Race 2018 from Gothenburg to The Hague, she will also be present in the stopovers of the Volvo Ocean Race 2017-18 in the start port of Alicante, Lisbon and Cardiff.

Anyone who wants to sail onboard Boudragon/Silk Cut can sign in on www.oceanracesacdemy.com.