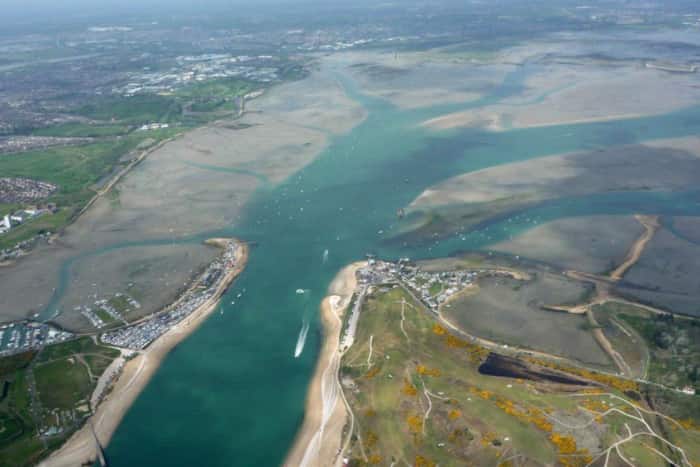 Langstone Habour in the UK.

The News. By Tamara Siddiqui.

A MAN who fell overboard from a yacht at Langstone Harbour last weekend is still missing.
A large-scale search and rescue operation was launched by HM Coastguard on Saturday, May 12, after Damien Kessell, 29, fell overboard at about 8.30am. Units from Hayling and Portsmouth Coastguard Rescue Teams, Portsmouth and Hayling RNLI lifeboats and the HM Coastguard search and rescue helicopter, based at Lee-on-Solent, alongside Hampshire police, were involved in the search for Mr Kessell.
Portsmouth RNLI said its crew were ‘very disheartened’ not to be able to find Mr Kessell after an in-depth four hour search. A spokesperson for HM Coastguard said: ‘An extensive and thorough search was carried out with nothing found.’
Mr Kessell’s family have made missing person posters for him. They said he was last seen wearing a white T-shirt, blue jeans and blue Adidas trainers. He is described as 5ft 8ins tall, slim, tall, and as having dark brown hair and blue eyes.
The RNLI escorted the yacht back to safe mooring, and ensured everyone else on board was safe and well.
Read the full story at The News