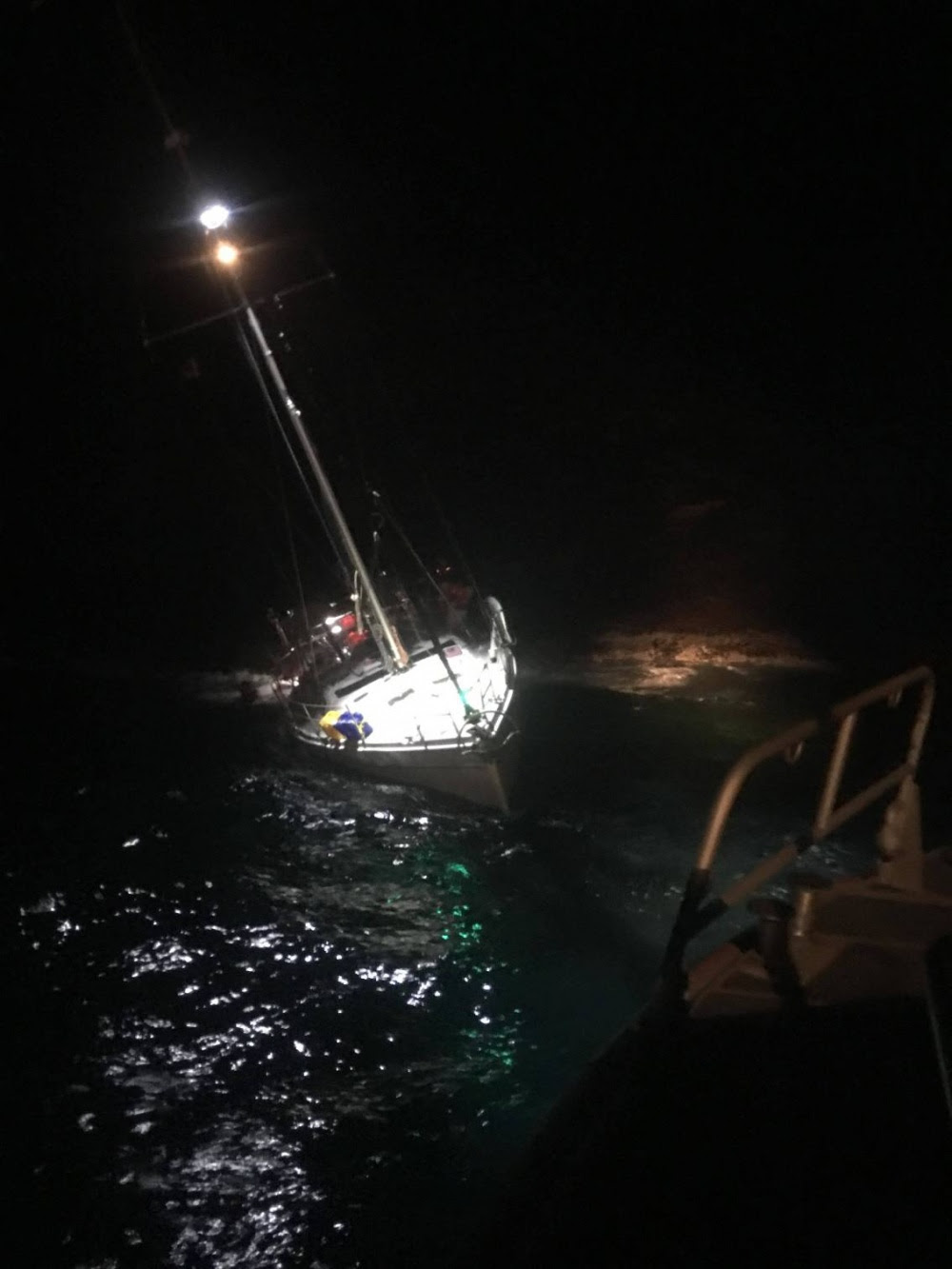 Two mariners were rescued from a grounded vessel off of Molokini Crater in Maui County waters on Wednesday night.

The incident was reported at around 9:31 p.m. on Wednesday, May 16, 2018 by the master of the 44-foot sailing vessel, Orion, who made a VHF radio call to the Coast Guard for assistance.

The recreational sailing vessel reportedly sunk in about 70-feet of water off the northeast end of the crater.  The owner is working with the Coast Guard, commercial salvors and federal and state agencies to determine options for removal.

“We’re working closely with our partner agencies to respond to this grounding in a sensitive area off Maui. There is a small amount of fuel aboard and no sheen has been seen,” said Lt. Brock Blaisdell, command duty officer, Coast Guard Sector Honolulu. “These mariners acted quickly to call for help and don lifejackets when it was necessary to abandon ship. We remind anyone operating in the area to keep a sharp lookout and be cautious as the vessel is now underwater.”

According to the Coast Guard, the Orion is a minor pollution threat, reportedly carrying a maximum potential of 40 gallons of diesel fuel, 10 gallons of gasoline and two marine batteries. No sheening was sighted. Coast Guard personnel will revisit the site today to further assess the situation.

Rescue crews from the Coast Guard arrived on scene within 50 minutes of the report that the hull of the vessel was breached and it was taking on water.  The master and passenger abandoned ship, and a response boat crew rescued them, bringing the two individuals to the Coast Guard station at Māʻalaea Boat Harbor. Neither mariner reported any injuries.

The Molokini Crater is a popular destination for diving and snorkeling.  It is a crescent-shaped, partially submerged volcanic crater which forms a small, uninhabited islet located in ʻAlalākeiki Channel between the islands of Maui and Kahoʻolawe.

The mariners were reportedly on the second leg of a voyage from California to Oʻahu when the incident occurred. Their first stop was Hilo on Hawaiʻi Island.

Despite the depth of water, the Coast Guard has issued a notice to mariners alerting operators to the possible hazard to navigation. Weather at the time of the incident was reported as 8 to 9 mph winds, widespread haze and seas up to 3 feet.

The cause of the grounding is unknown at this time.