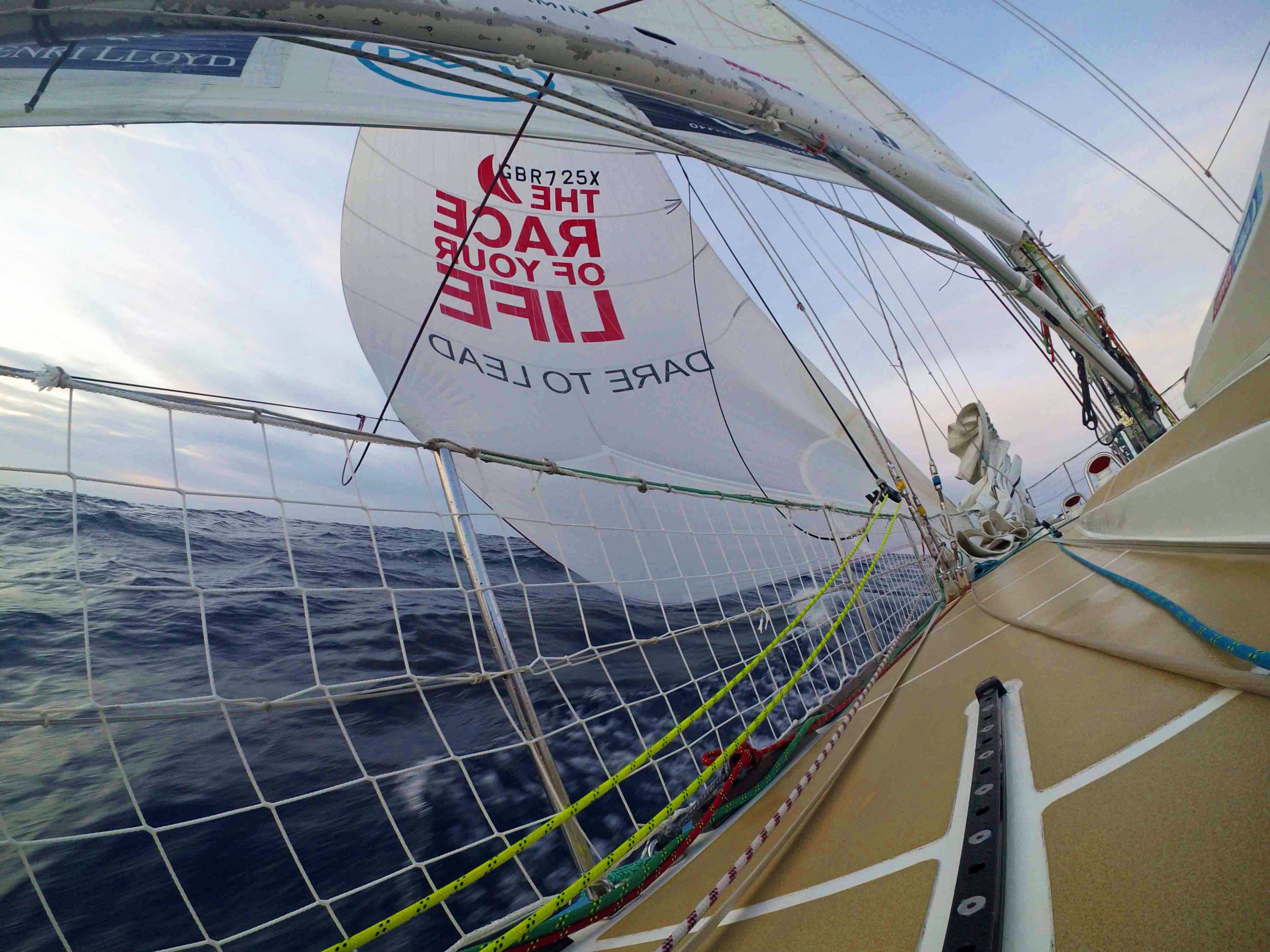 A split is starting to divide the fleet as teams make their Scoring Gate decisions, but with only 20 nautical miles (nm) separating first and fifth, it's still anyone's race.

Unicef Skipper Bob Beggs, whose team has slipped from first to third, says: “The competition is still tight with six yachts all within VHF radio range and five of the close competition visible on the horizon around Unicef. The wind and weather being amenable with easy good sailing but requiring concentration on course and sail trim.”

Unicef, Garmin, and Nasdaq all look to be going for the Scoring Gate, though they could face competition for the bonus points on offer from Visit Seattle, however its intentions remain unknown until later today it's track is hidden from public view until 1759 UTC whilst in Stealth Mode.

Garmin Skipper Gaetan Thomas comments: “The team is working hard and my pirates are motivated to get some miles back but Captain Bob and his Unicef team are sailing well. We still have them on AIS and on sight but they haven't done any mistakes (yet) so it's pretty much cat and mouse now.”

HotelPlanner.com, like Visit Seattle, is also in Stealth Mode, but Skipper Conall Morrison reveals his team is still making good progress to his home town of Derry-Londonderry, saying: “We've had a great day's sailing yesterday under Code 2 (mediumweight spinnaker). Dare To Lead has been behind us most of the day and would gain some and lose some all day. It is definitely keeping us focussed on maximising our speed.”

However, with the path to Derry-Londonderry anything but smooth, Dare To Lead isn't getting too comfortable at the top of the standings, as Skipper Dale Smyth explains: “We took the decision to gybe north but the northerly or easterly gybe look pretty similar in terms of gain towards Ireland. The weather looks pretty complex for the next week with a range of pressure and systems all playing a role. It is definitely going to be a good dose of tactical decision and perhaps also a fair dose of luck.”

“Amazing to think that there is only around 1,300nm left of this race!! In Clipper Race terms, that is next to nothing although these miles will be a lot harder earned than the first 1,500nm of this leg.”

PSP Logistics and Qingdao remain the most southerly of the teams, though PSP Logistics has now gybed north, with Skipper Matt Mitchell conceding: “The southerly strategy hasn't paid off as well as I'd hoped which is a bit of a shame but I'd rather we'd done it than not and end up wishing we had.”

Despite the tactical loss, the team is relishing reaching the halfway mark of the race, with Matt adding: “We are now clear of our northerly limit which leaves the rest of the Atlantic as our playground. Today we received Met office charts once again, it feels lovely having the UK sat in the same bit of water that we're sailing in. It's felt like a long time since we were last at home.”

As well as sending the UK Met Office Weather Charts, Clipper Race Meteorologist Simon Rowell has also delivered the good news that the fleet is unlikely to hampered by the movement of the high and should continue making good progress to Ireland.

Meanwhile, Liverpool 2018 has spent the night in St John's in Newfoundland, Canada, after successfully delivering ill crew member Dominic Littlewood for medical treatment. Dominic is doing well and further updates can be found here. The team is expected to depart to re-join the race at first light today.

The 3,000nm Race 12: The LegenDerry Race is expected to take up to 19 days, with the Clipper Race fleet estimated to arrive in Derry-Londonderry between 10-14 July – just in time for the Foyle Maritime Festival. The award-winning festival will run from Saturday 14 July until the fleet departs for Liverpool on Sunday 22 July.