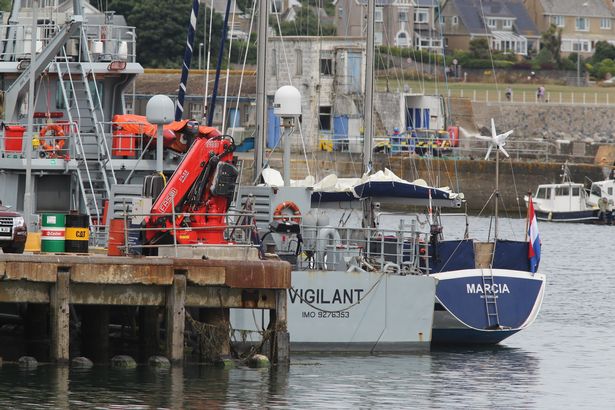 Two men have been arrested for suspected drug trafficking offences in a yacht off the coast off Cornwall. A border patrol boat swooped on the yacht on Thursday, July 19, which was then brought in to Newlyn Harbour.

Police sealed off the harbour on Friday morning, July 20, to keep members of the public back for safety reasons when they searched the yacht.

The operation was led by members of the National Crime Agency, supported by UK Border Force and Devon and Cornwall Police.

A spokesman for the National Crime Agency said on Friday morning: “As part of a National Crime Agency-led operation, the Border Force cutter HMC Vigilant intercepted a sailing yacht off the south west coast of Cornwall. Two men have been arrested for drug trafficking offences and are now being questioned by NCA officers, who are leading the investigation.”

Newlyn harbour master said: “Unfortunately I have had to close the port of Newlyn for public safety. Under no circumstances are vessels to approach or move within Newlyn jurisdiction without my approval. This is for the safety of all our users.”

The harbour was re-opened some hours later.