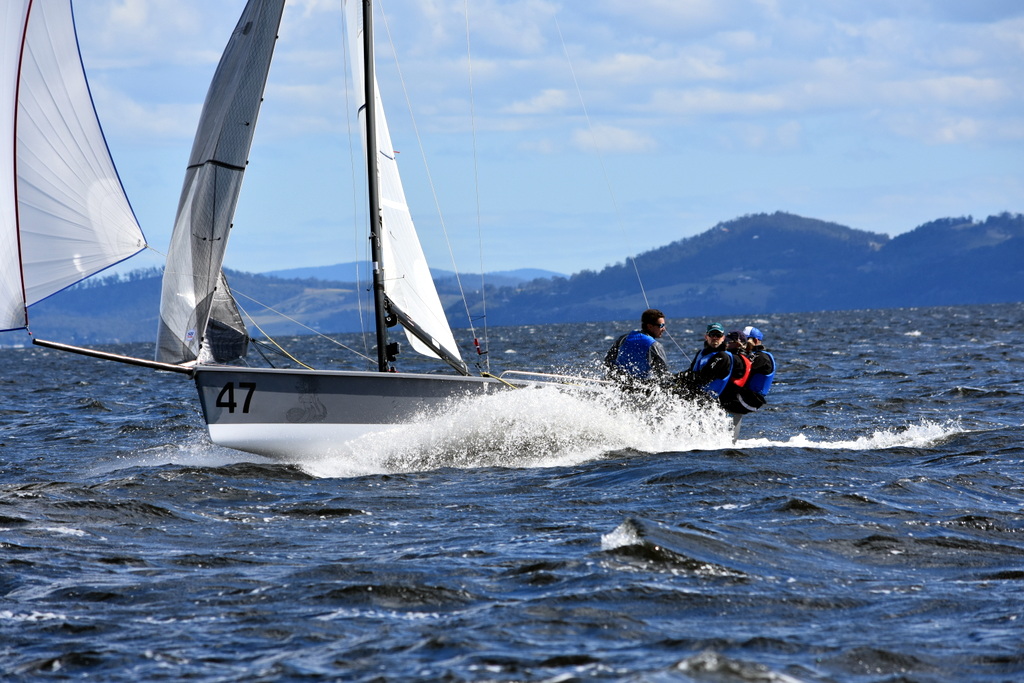 World and National champions, present and past, from many different international sailing classes, will be lining up on Hobart’s River Derwent tomorrow for the start of SB20 World Championship regatta for 2018.

Run jointly by the Derwent Sailing Squadron and the Royal Yacht Club of Tasmania, the regatta starts with a three-day pre-Worlds. The 2018 World Championship begins on Sunday with an international fleet of 59 boats, continuing through to the following Thursday.

Eighteen entries are from overseas, France, New Caledonia, Ireland, Britain, Singapore, the Netherlands and Russia and include the current World champion Jerry Hill from Britain.

Hill is a starter in the pre-Worlds but a number of the overseas skippers and crews will not fly into Hobart until later in the week.

Hill, who also won the SB20 Worlds in 2010, took out the 2017 championship title on his home waters of Cowes, England, last September. He beat Tasmanian sailor Michael Cooper by just two points.

Cooper said today he was looking forward to reversing the standings on his home waters, the River Derwent. Sailing Export Roo, he was on the river yesterday with his crew of David Chapman and Englishman Gerry Mitchell.

The second former world champion in the SB20 class is young French sailor Robin Follin who is also entered for the pre-Worlds to “test the waters” of the Derwent in the lead-up to the Worlds.