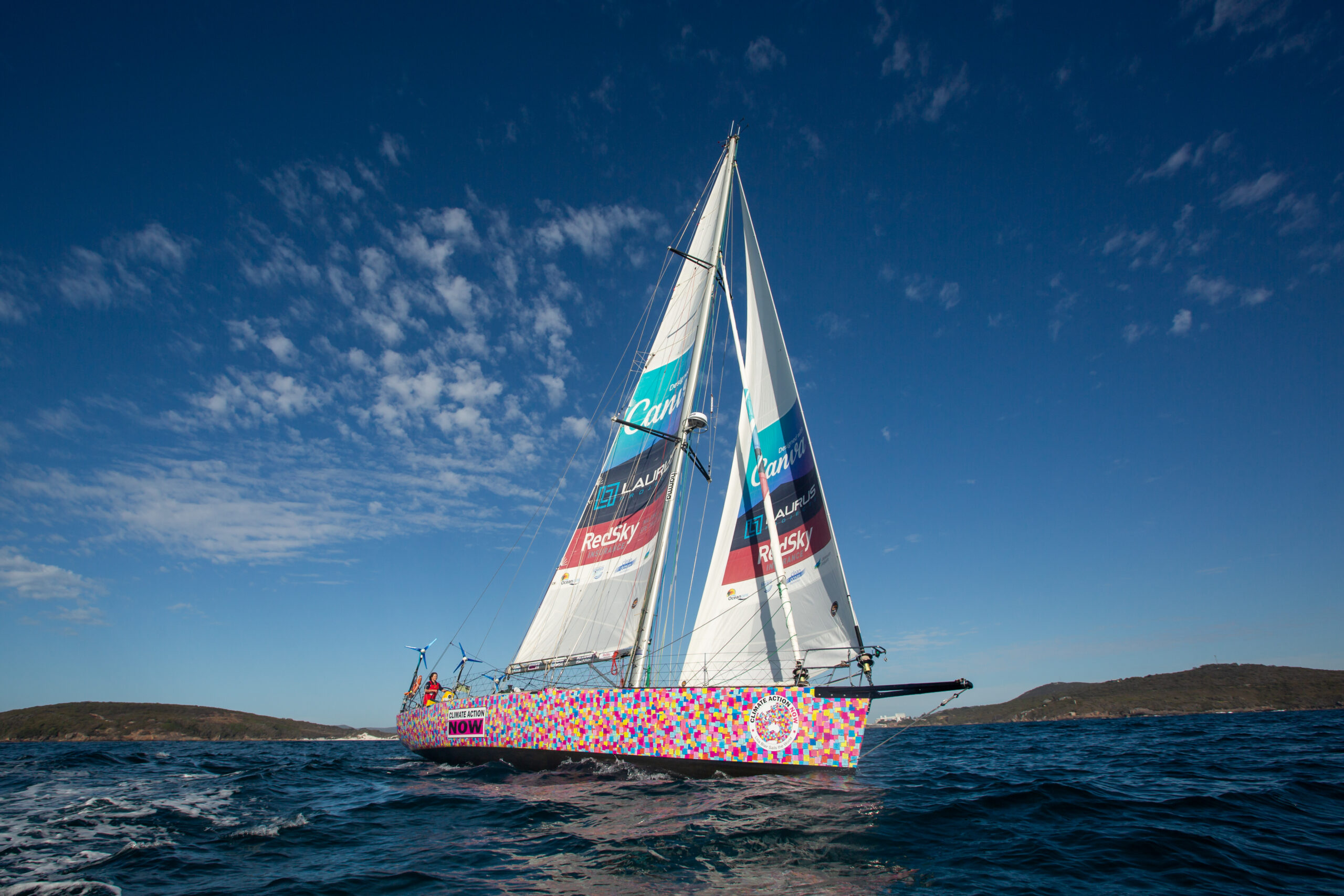 Lisa Blair prior to her 2022 record attempt. Pic - Corrina Ridgeway

On July 25, 2017, Lisa Blair became the first woman to sail solo and unassisted around Antarctica — with one stop.

She set out in January 2017 with the intention of completing the circumnavigation without stopping. But 72 days into the voyage Blair’s Hick 50, Climate Action Now was dismasted after a shroud snapped.

Blair, a skilled offshore sailor, was lucky to survive In the dead of night in horrendous hyperthermic conditions. She then set up a jury rig and sailed to Cape Town, South Africa, where the boat was repaired, allowing her to continue her journey.

Almost five years later, the 38-year-old Queensland-born sailor is off again. On Monday,  Blair left Albany, WA, to finish what she started in 2017.

To break the record, Blair must beat Russian explorer and adventurer, Fedor Konyukhov’s time of 102 days.

Climate Action Now is up to the challenge. Last year, it underwent a complete re-fit at Queensland’s Rivergate Marina. Blair detailed the upgrades for a recent My Sailing article: https://www.mysailing.com.au/lisa-blair-unpacks-lessons-learnt-from-dismasting/

A crowd waved her off from Albany Waterfront Marina around midday (Australian Western Standard Time). While border restrictions prevented many family members and friends from attending the event, they were able to watch via Blair’s Facebook and Instagram livestreams.

Shortly after 1pm (AWST), Blair hoisted the mainsail, with a new pedestal grinding system, in choppy conditions and north-easterly winds up to 20 knots.

In conjunction with the Clean Ocean Foundation (COF), during the record attempt Blair will collect valuable data in the Southern Ocean such as water temperature, carbon dioxide levels and salinity levels. That information will then be used by scientists to better understand the impacts of climate change on the Southern Ocean.

“I’m pretty excited about the whole thing,” Blair said on the livestream.

Blair also reached out to potential sponsors whose donations will help cover the cost of the re-fit and scientific equipment on board. In an interview with My Sailing earlier this year, Blair said: “It’s a unique opportunity for people to become a part of the record. Anyone can become part of this story and contribute to the world record and contribute to the fact that I‘m able to take this science and do what I‘m doing in a really impactful way.”

The record attempt officially started once she crossed the start line between Breaksea Island and the lookout on the headland by Albany.

As Blair headed towards the start line, she waved to the crowd. “See you in three months!”