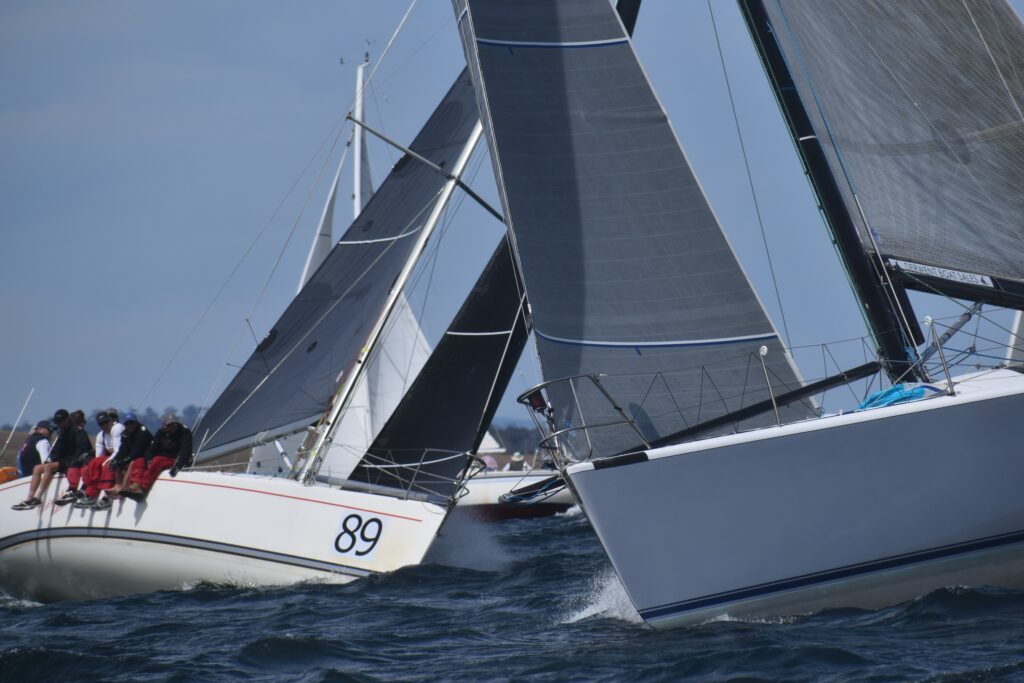 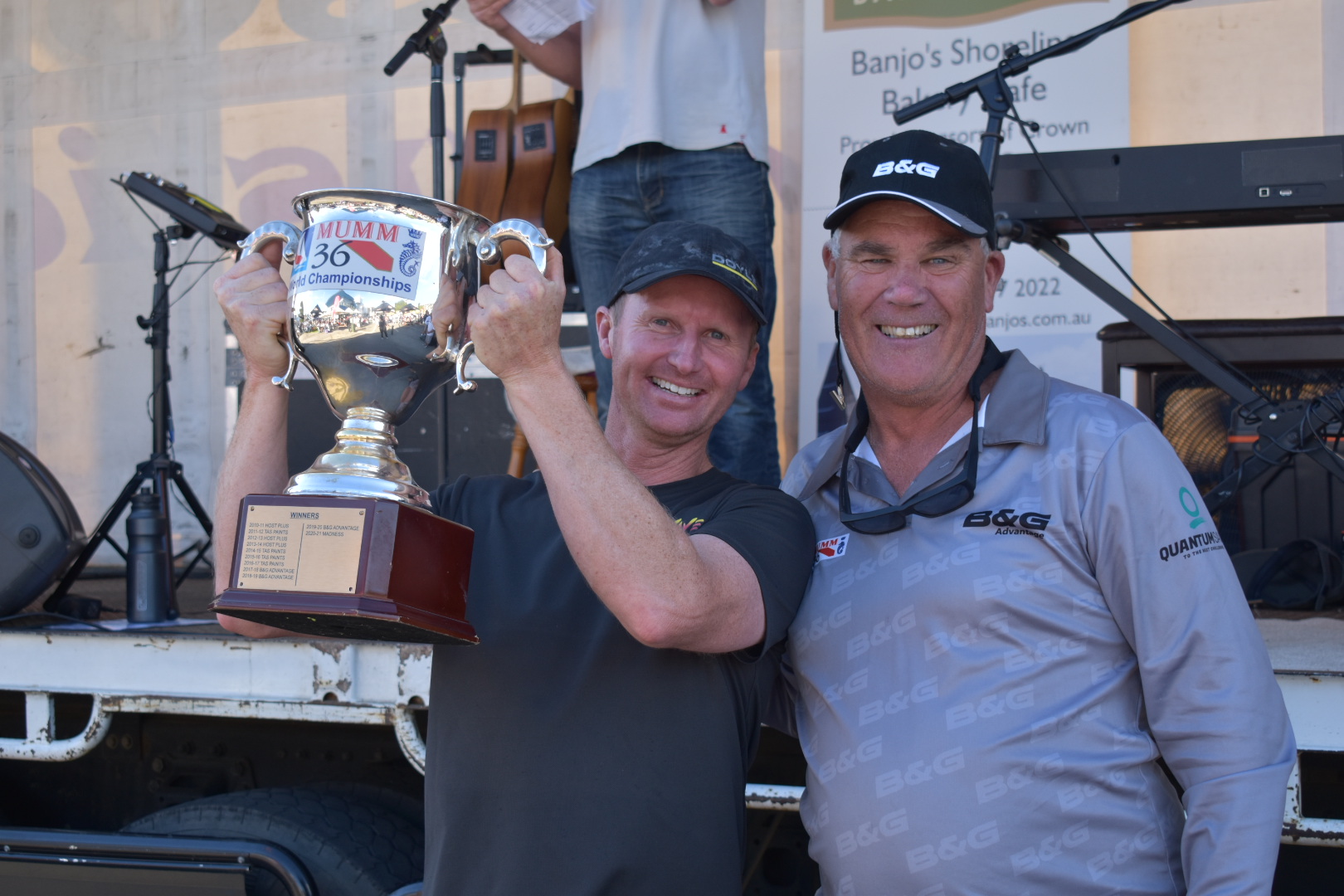 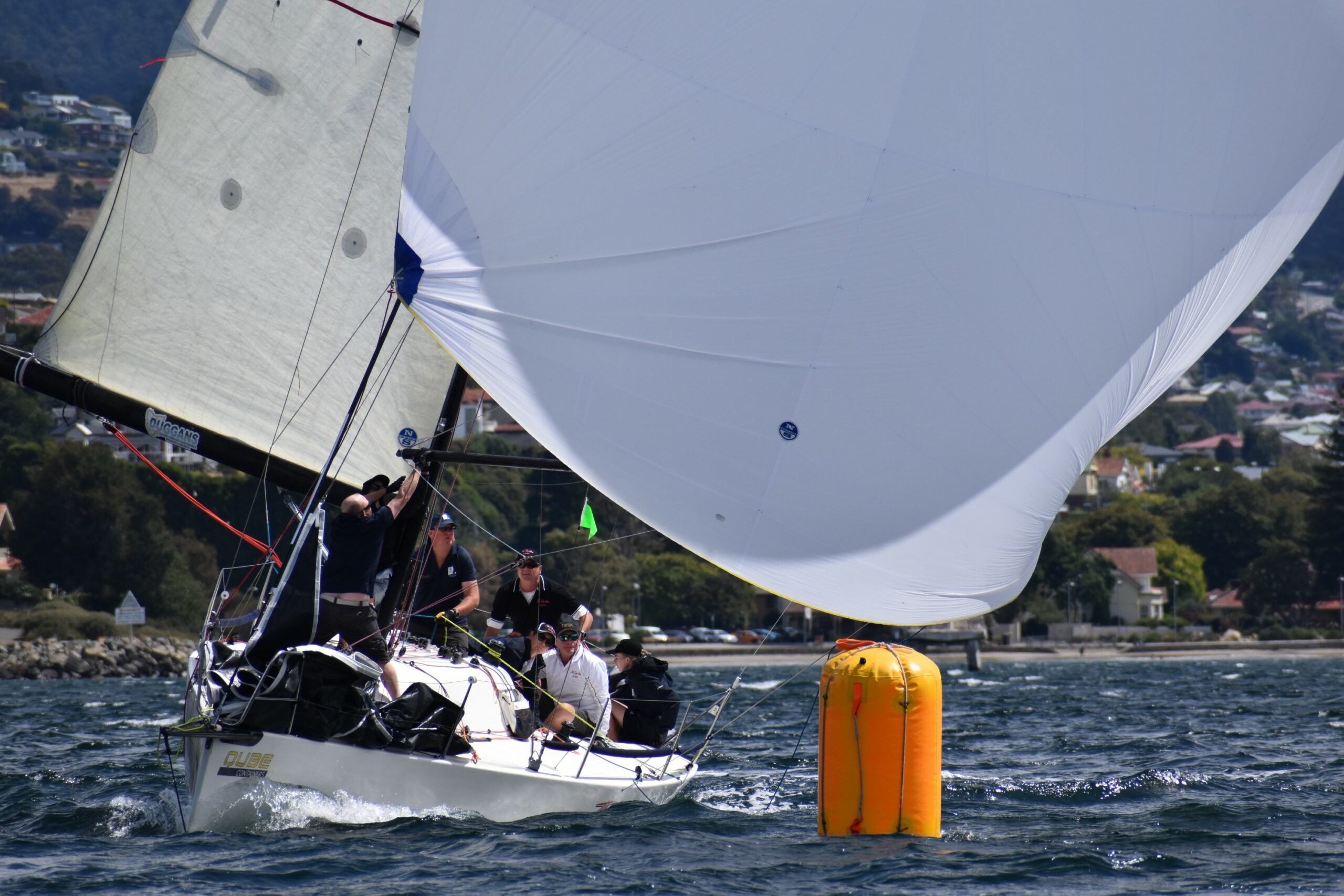 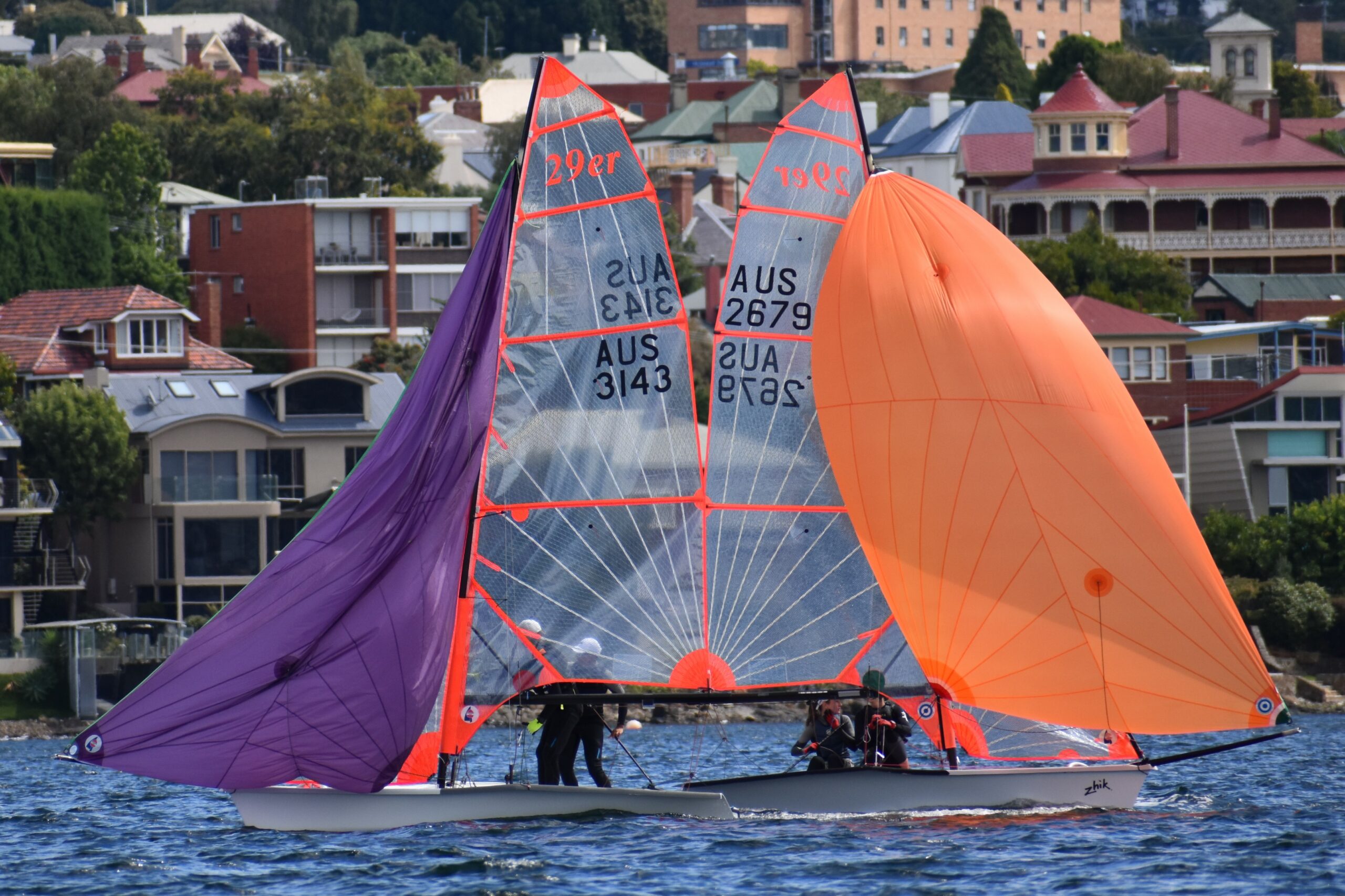 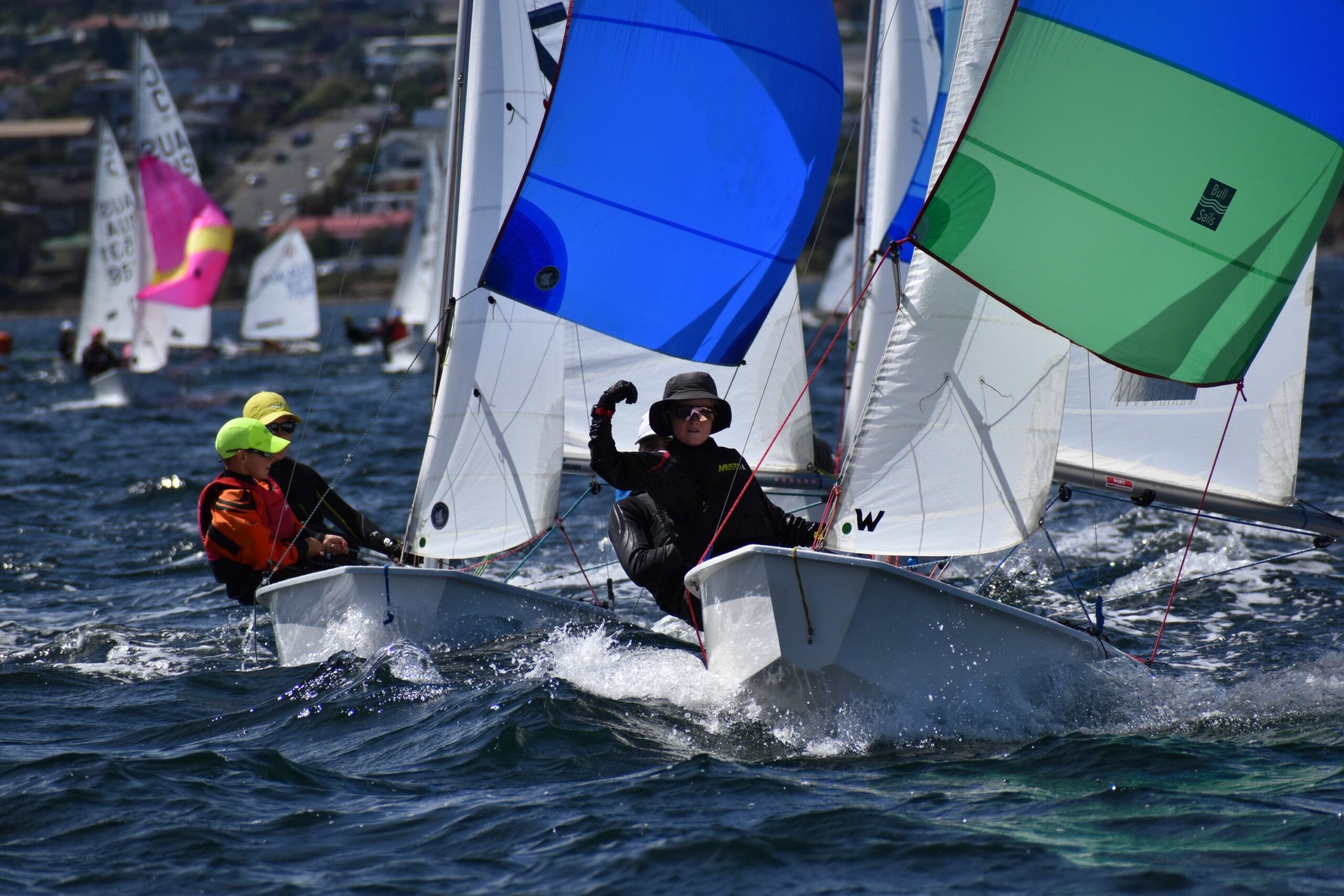 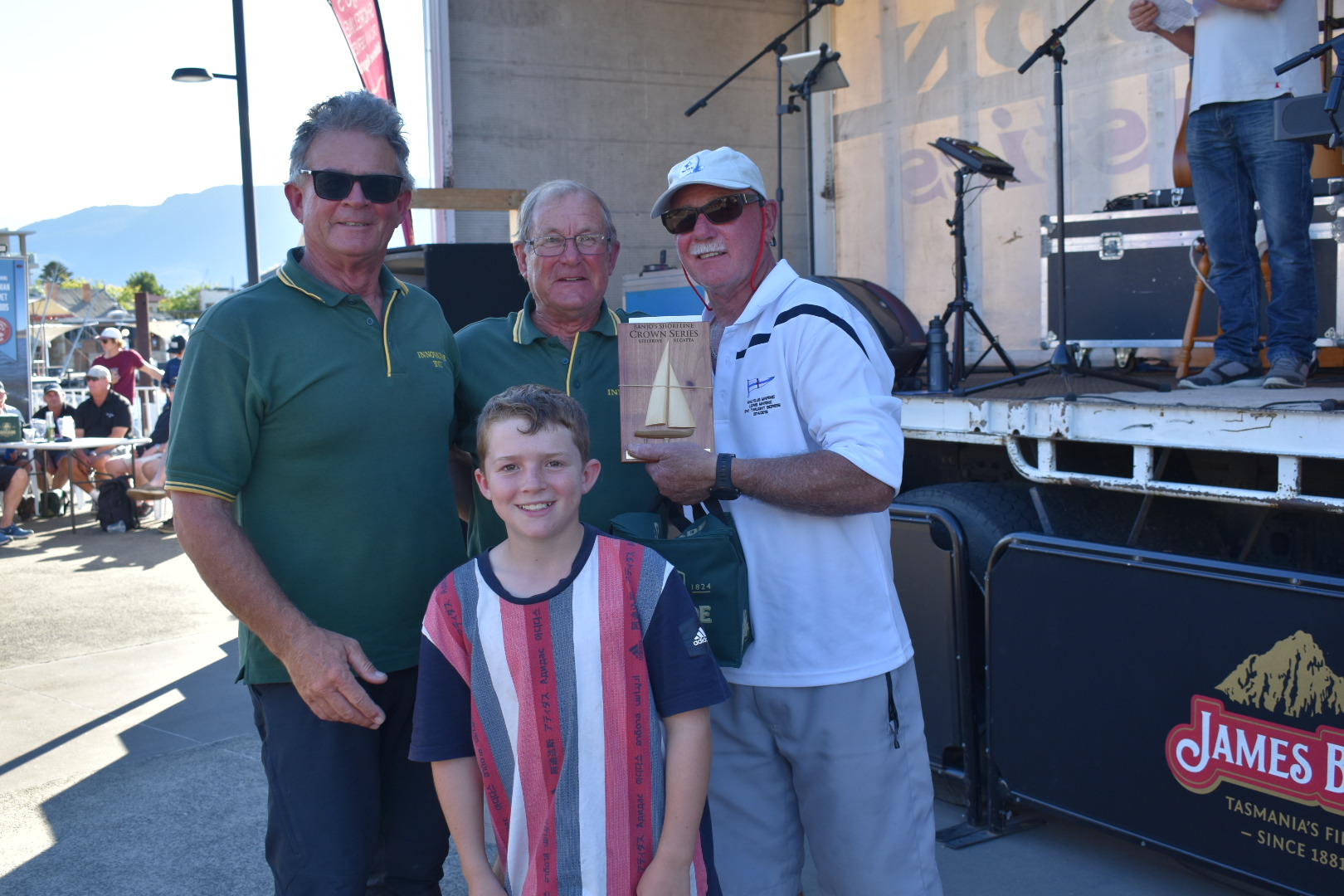 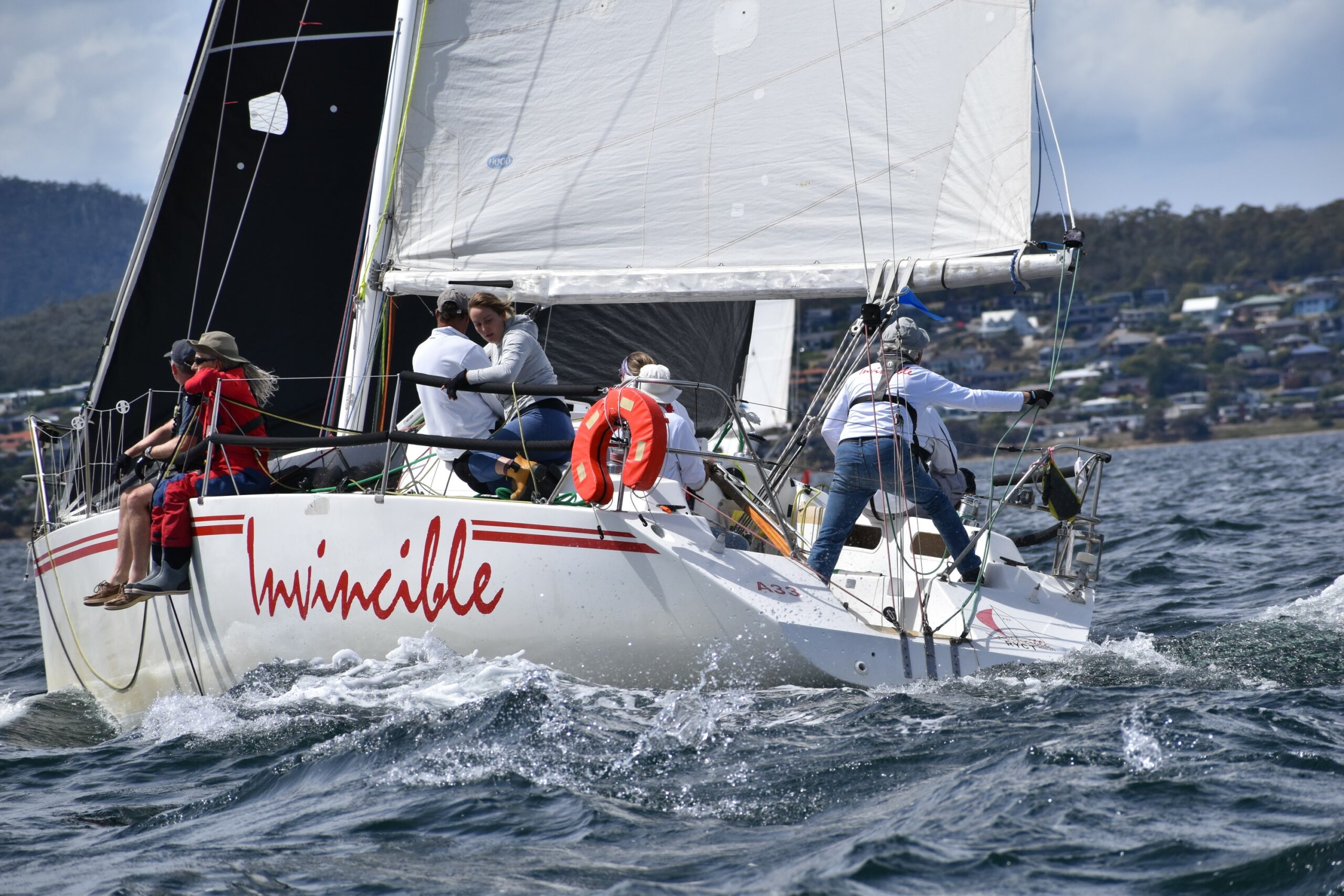 River Derwent, Hobart: Midnight Rambler proved unstoppable in the Banjo’s Shoreline Crown Series Bellerive Regatta over the weekend, winning on PHS and IRC handicaps in the racing keelboat group, and defending the Tasmanian AMS Championship for a third consecutive year.

Skipper Ed Psaltis and his crack crew were a cut above the rest over the three-day event, proving the benefits of campaigning with a consistent crew, as this allows a deep trust and reliance on each other to develop. The team has had a heavy sailing program competing in the Combined Clubs Harbour and Long Race Series, last year’s Sydney Hobart and the local lead-up events and is a regular at Bellerive for the Crown Series. Psaltis capped off the weekend taking home skipper of the series.

SB20 skipper Will Sargent is exerting his dominance in the SB20 one-design class, taking out the SB20 Tasmanian Championship, which was sailed as part of the Crown Series, with a convincing performance against some of the world’s top SB20 sailors. Sargent, sailing with Eddie Reid, Ed Broadby and Eirini Marios, won on 13 points, nine points clear of Export Roo (Michael Cooper) and 13 points in front of sailing legend Nick Rogers, sailing Karabos. The young crew also took out the PHS division.

“It was a pretty tough regatta and our first as a new team. The first day was tricky but we kept in the top three for all five races and we just kept that momentum going into day two of racing,” said Sargent.

The young skipper is convinced that his match racing experiencing gained through his time with the Cruising Yacht Club of Australia’s Youth Sailing Academy has been beneficial. “It’s another element that I can use when I need to, especially when approaching marks. I think we have a real edge on people, and I think that when we go to the World Championship in Ireland later this year, it will be even more important to have another skill to call on when we get into close situations,” said Sargent.

In Division One of the Crown Series Performance Cruising, The Dog House by Qube Containers (Charlotte Frankcombe) won on PHS on 15 points from Xcite (Robin White) on 21 points. Xcite caused some havoc on the final day, laying the boat flat in the gusty conditions, but all were safe onboard. Frankcombe, who started her sailing career a mere four years ago on a Bellerive Yacht Club twilight race, was pleased with the team’s efforts.

“It was tough sailing on Friday night – we lost the block at the bottom of the mast on the main and broke a car, and Saturday’s conditions were totally unexpected, but on Sunday, it all came together for us. Xcite, Flying Scud and Cromarty all pushed us hard but in the end we came away with the win,” said Frankcombe.

A feature of the Crown Series sailing program is the ‘unofficial Mumm 36 World Championship’. In yet another very close competition, Heatwave (Matthew Keal) won the Mumm 36 Cup by one point from Bellerive Yacht Club Commodore, Jeff Cordell.

In the Off the Beach sailing group, Tasmania’s young female sailors showed their class on the River Derwent over the two days. In the Laser 4.7s, Indy Cooper, sailing Sketchy, won six of seven races to finish on six points after a discard, clearly benefiting from intensive coaching and her hard work training in the new class.

Grace Hooper and crew George Shugg (Executioner) dominated the International Cadets winning five from seven races, although Grace’s younger siblings Sam and Olive Hooper (Hurricaine) were chuffed to beat their big sister in one of the races, and finish in second place overall. Adelaide O’Donoghue put in a strong performance, winning four from seven races in the 29ers.  In the Optimist class, Edward Steedman (Chill Out) also made a day of it, winning six from seven races to take the overall win on six points.

For the full results, see: https://byc.org.au/racing/banjos-shoreline-crown-series-2022/