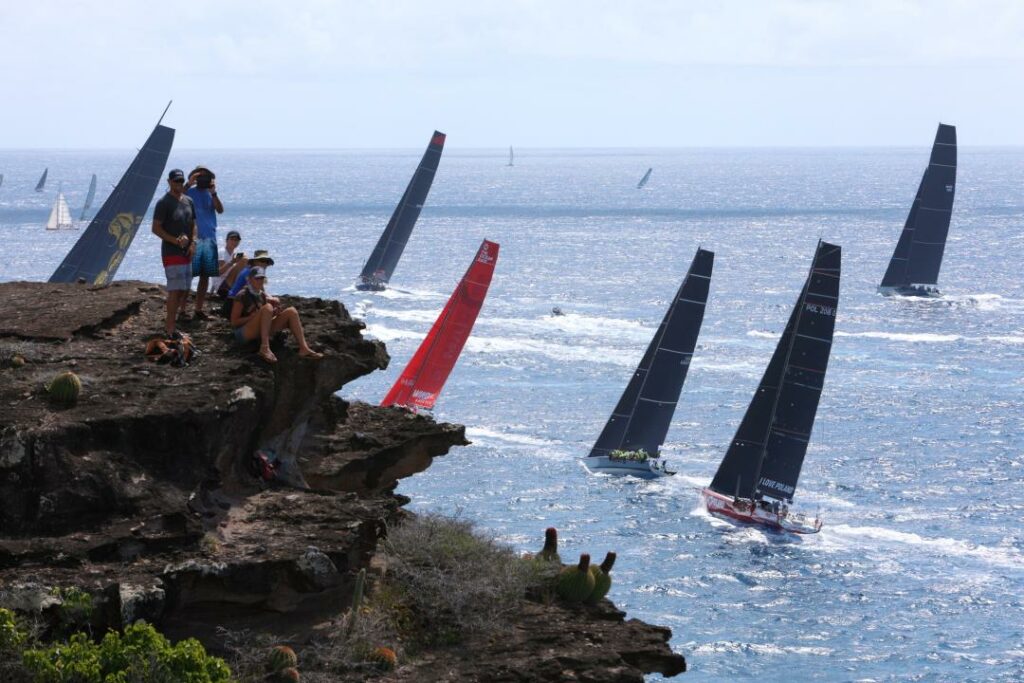 Hundreds of spectators, on and off the water, watched the IRC Super Zero yachts head off. Pic - Tim Wright/Photoaction,com 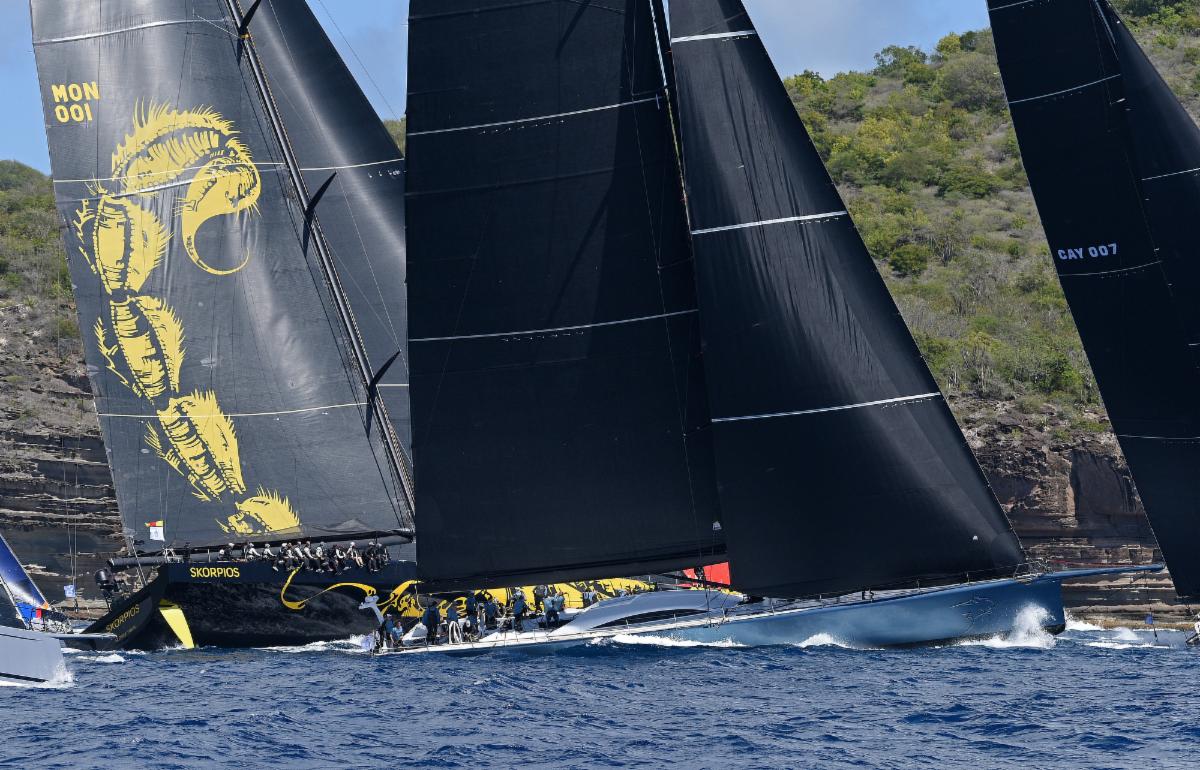 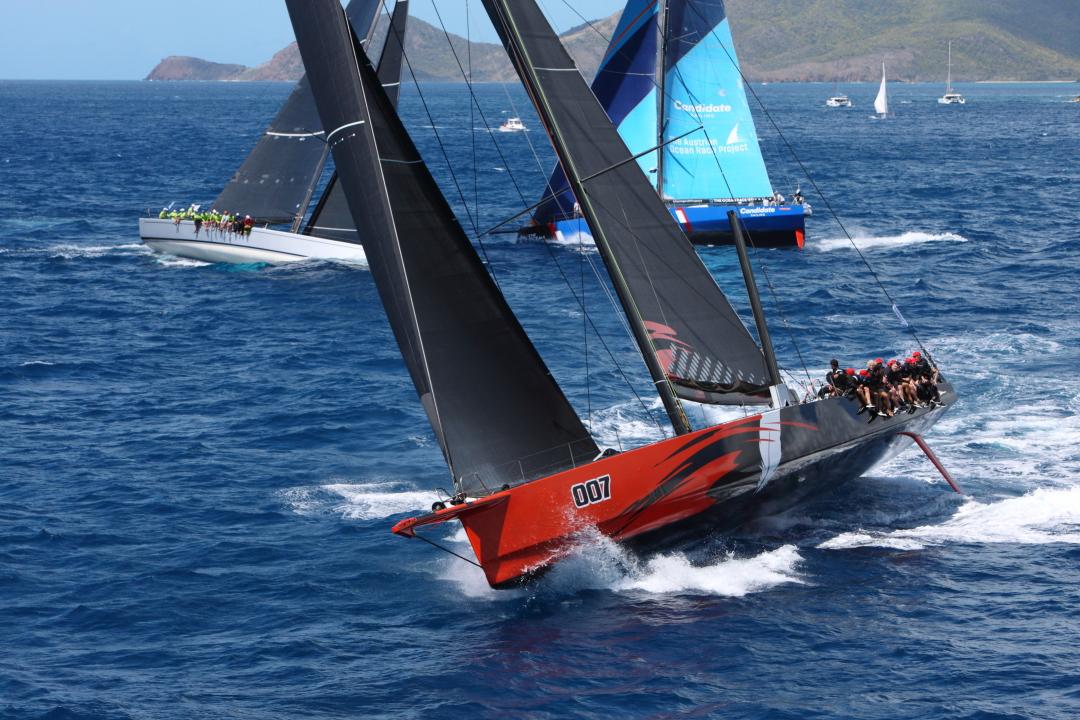 The IRC Super Zero start was nothing short of hell-raising, with Comanche reaching at full speed towards the Pillars of Hercules. Pic - Tim Wright/Photoaction,com 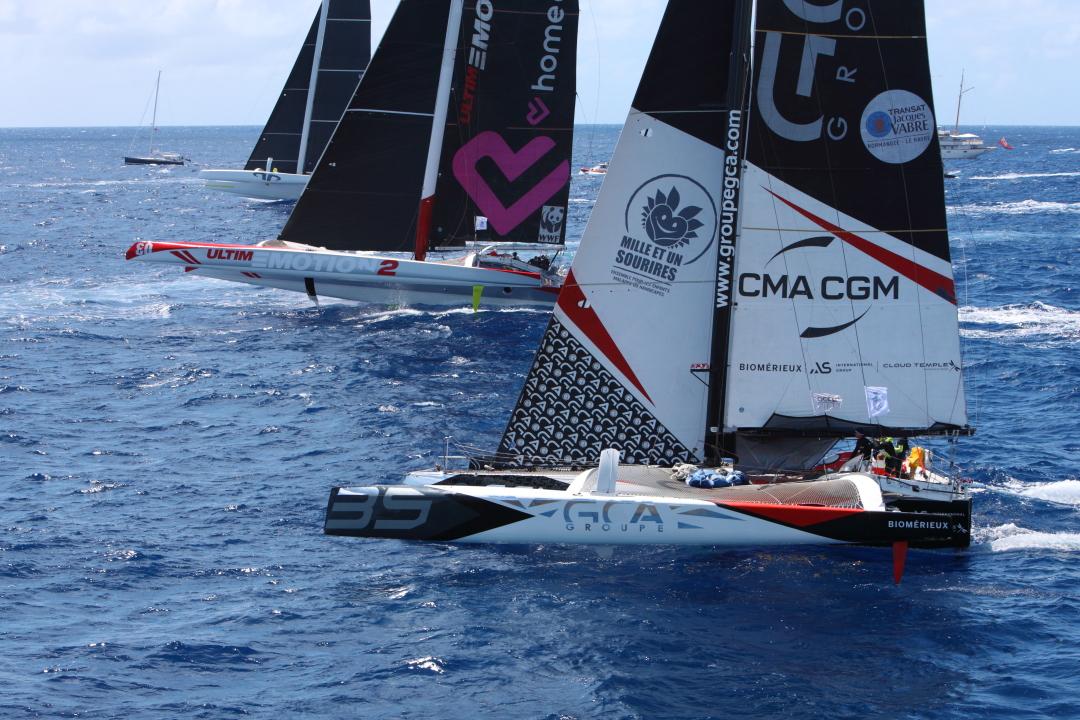 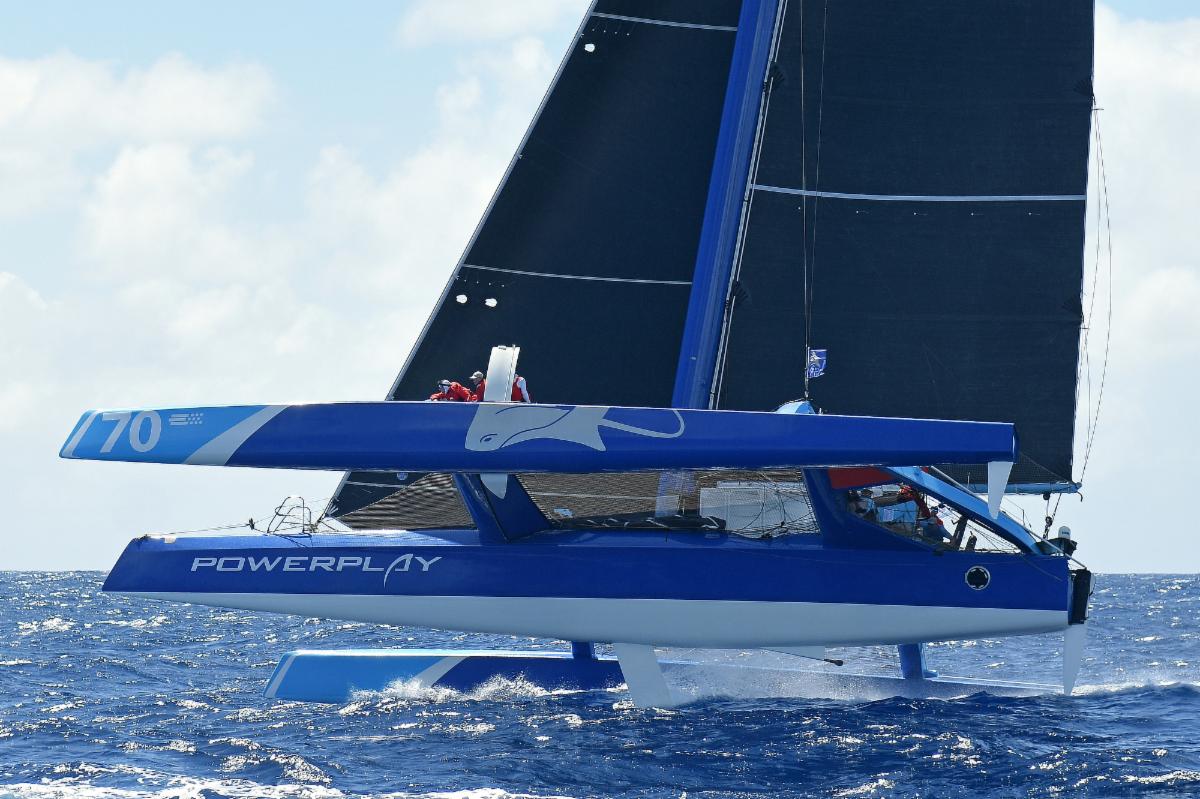 PowerPlay flipped a wheelie on final approach before blasting off into the lead in a ball of spray at over 25 knots. Pic - Rick Tomlinson/https://www.rick-tomlinson.com/ 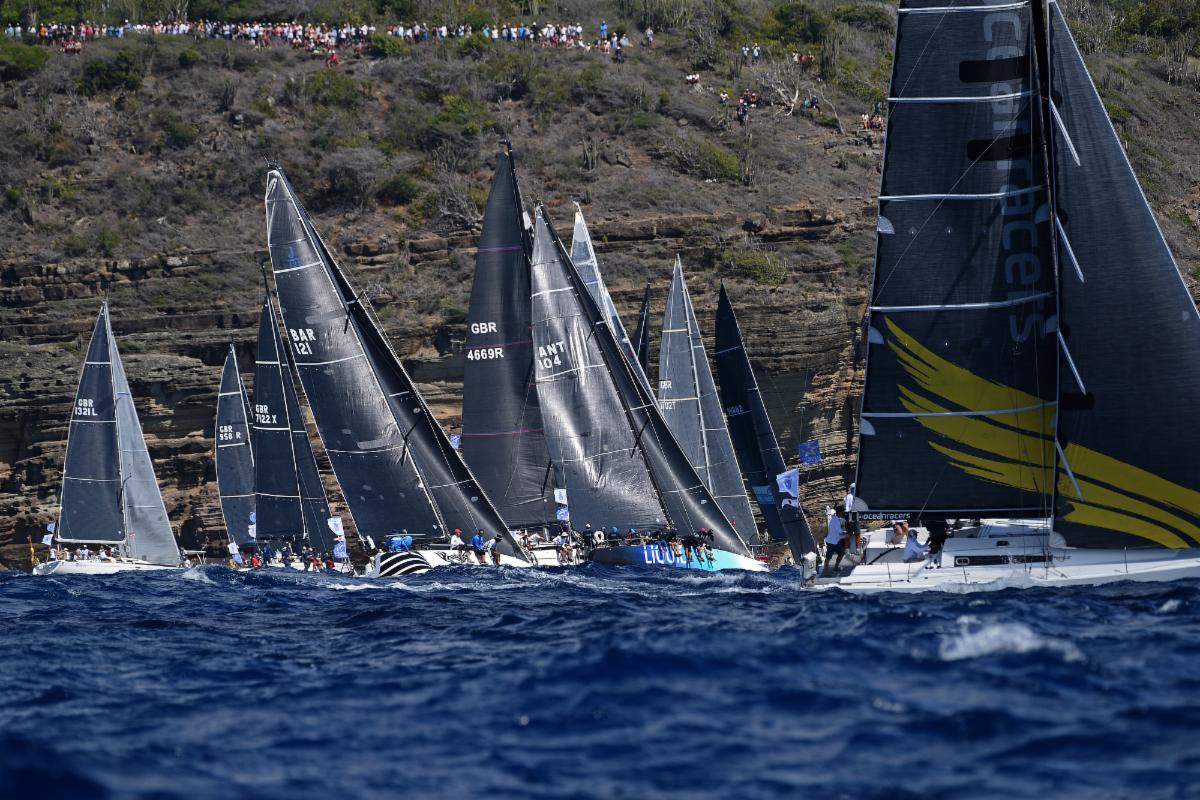 Start of IRC One, IRC Two and CSAS only. Pic - Rick Tomlinson/https://www.rick-tomlinson.com/ 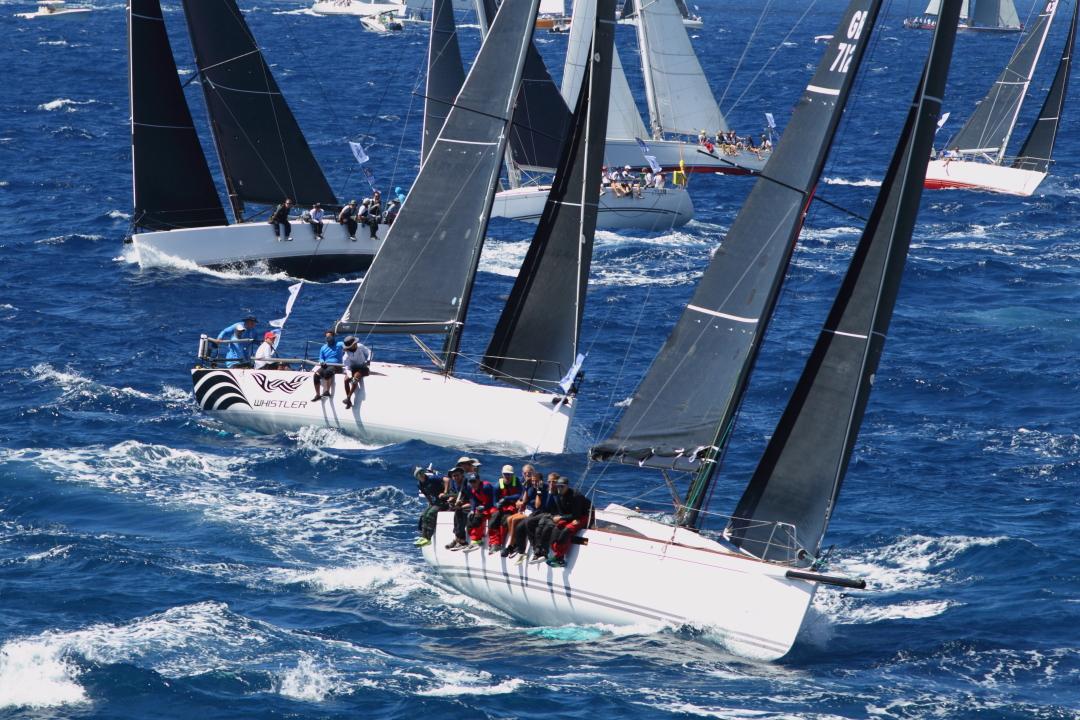 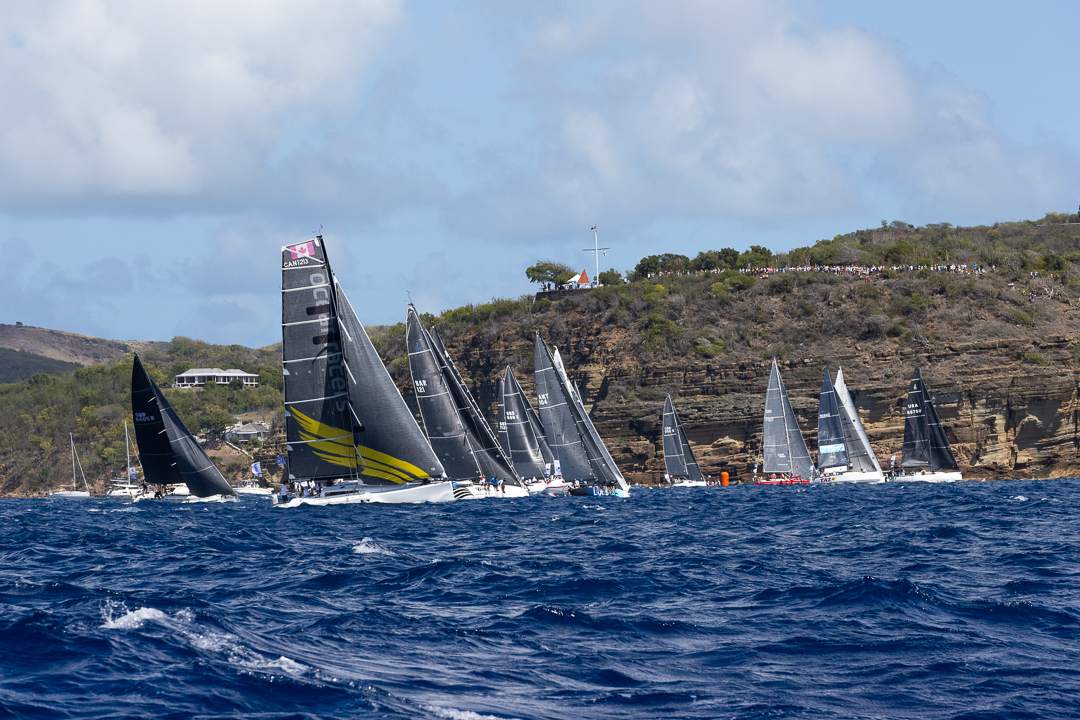 Pogo 12.50 Hermes from Canada amongst the starters in IRC One. Pic - Arthur Daniel/RORC 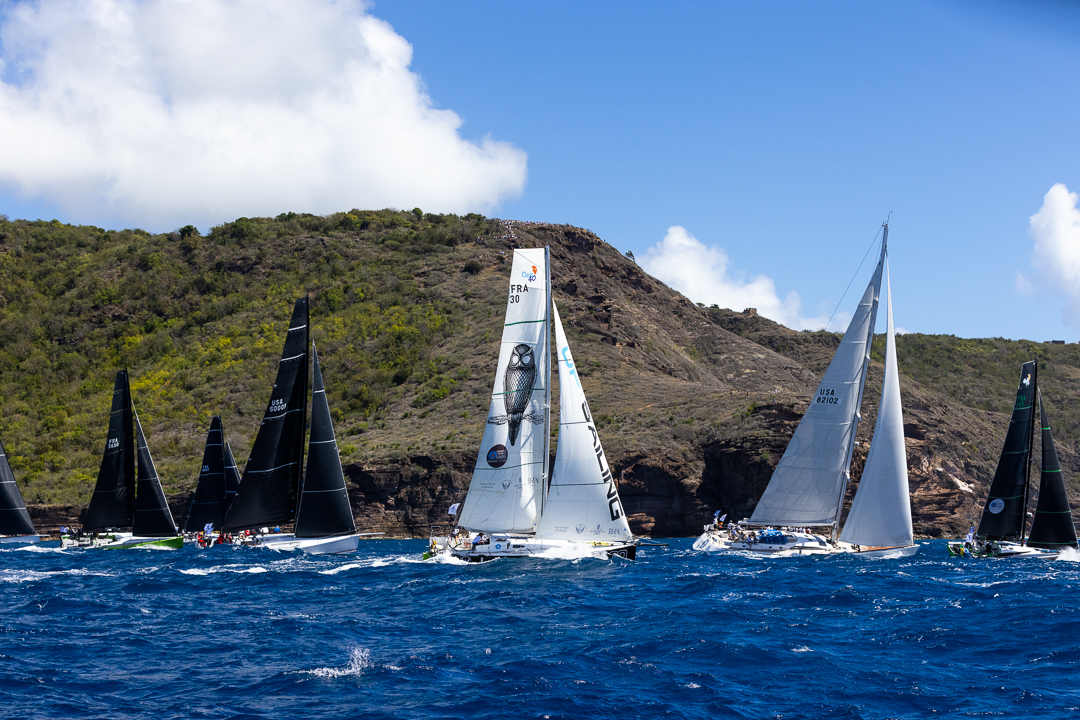 Morgan Ursault Poupon's Up Sailing was one of nine Class40s at the start. Pic - Arthur Daniel/RORC 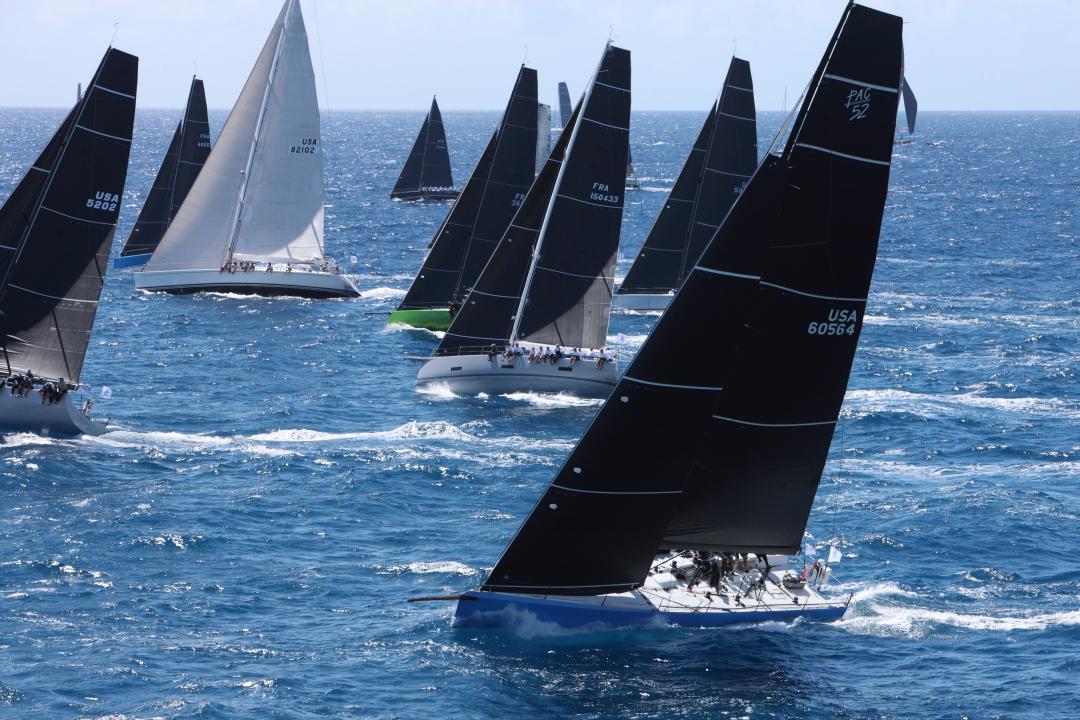 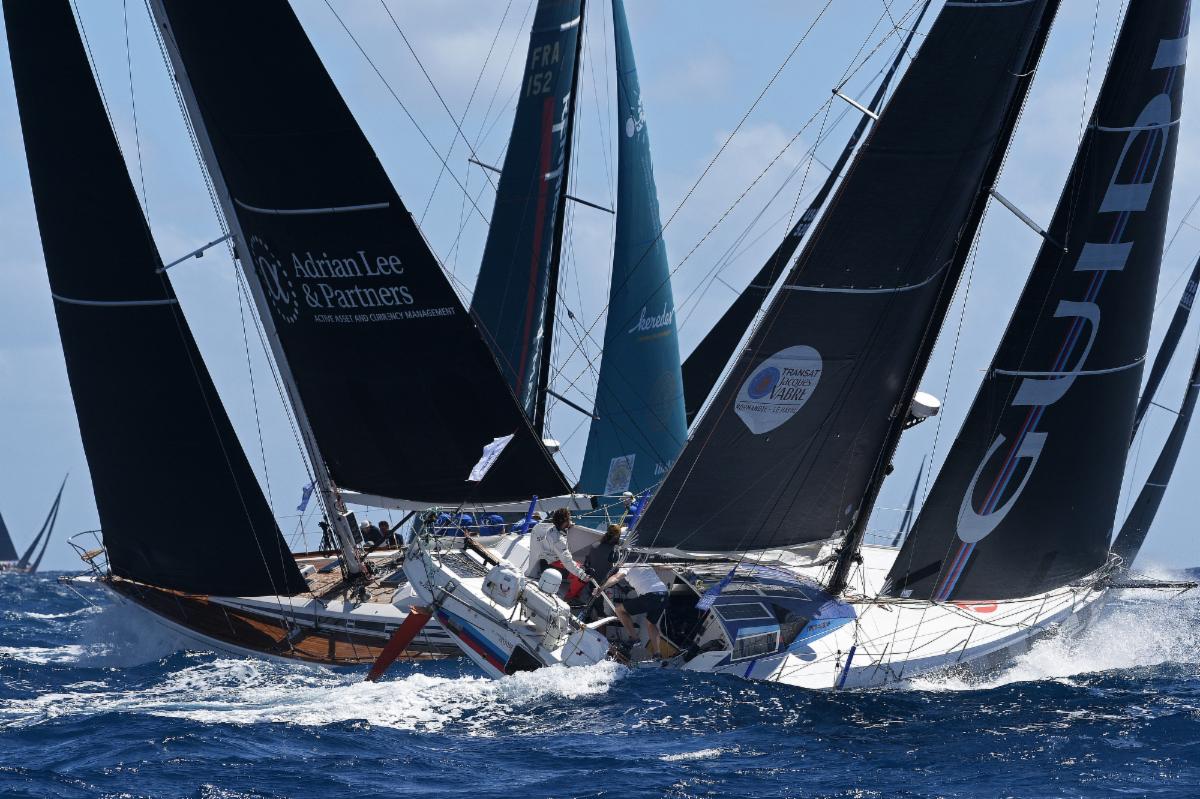 The 13th edition of the Royal Ocean Racing Club (RORC) Caribbean 600 started on time from Antigua on Monday 21 February.

The IRC Super Zero start was nothing short of hell-raising, with Comanche reaching at full speed towards the Pillars of Hercules, then hardening up to take the inside line perilously close to the cliffs. VO65 Groovederci Racing – Sailing Poland, sailed by Deneen Demourkas was in close quarters. As the two leaders tacked out, they crossed with the massive ClubSwan 125 Skorpios (MON) and the Volvo 70 Ocean Breeze coming inshore on starboard.

In the MOCRA start, Peter Cunningham’s MOD70 PowerPlay (CAY) flipped a wheelie on final approach before blasting off into the lead in a ball of spray at over 25 knots.

Seventy-four teams with over 700 sailors from 32 countries started the race. The Royal Ocean Racing Club’s 600-mile race around 11 Caribbean islands had a spectacular start with 15 knots of wind from the northeast gusting up to 20 knots.

Four hours into the race, Giovanni Soldini’s Multi70 Maserati (ITA) was leading the Multihull Class from Peter Cunningham’s PowerPlay and Jason Carroll’s Argo (USA). In the race for monohull line honours, the leader by just a mile, was Dmitry Rybolovlev’s ClubSwan 125 Skorpios, skippered by Fernando Echavarri. The VPLP/Verdier 100 Comanche, skippered by Mitch Booth was second on the water. With just over two hours to go until the first sunset of the race, the majority of the fleet were making good progress to Barbuda, the first and only mark of the course.

“The start was just incredible, it’s rare to see so many big boats in a start like that, just taking it on, but it was not just the big boats. This fleet is stacked right through all the classes, with competitive starts the whole way through. Good luck to all the teams,” commented Race Director Chris Stone. “Making sure the fleet get away to a good start is the first part of this stage of the race management. We continue to focus on the safety aspects out on the race course. There will be different weather conditions and some parts of the course are pretty treacherous. For the RORC Race team it is about keeping the fleet safe, with 24-hour monitoring for every boat.”

IRC One and IRC Two start

Four hours into the race, Warrior Won (USA) was leading on the water, two miles astern was their Pac52 sistership Callisto (USA) sailed by Jim Murray and Tala (GBR). In the Class40 Division, Finnimo held a one-mile lead from Charles-Louis Mourruau’s Guidi (FRA). Sensation Class40 Extreme was third on the water.