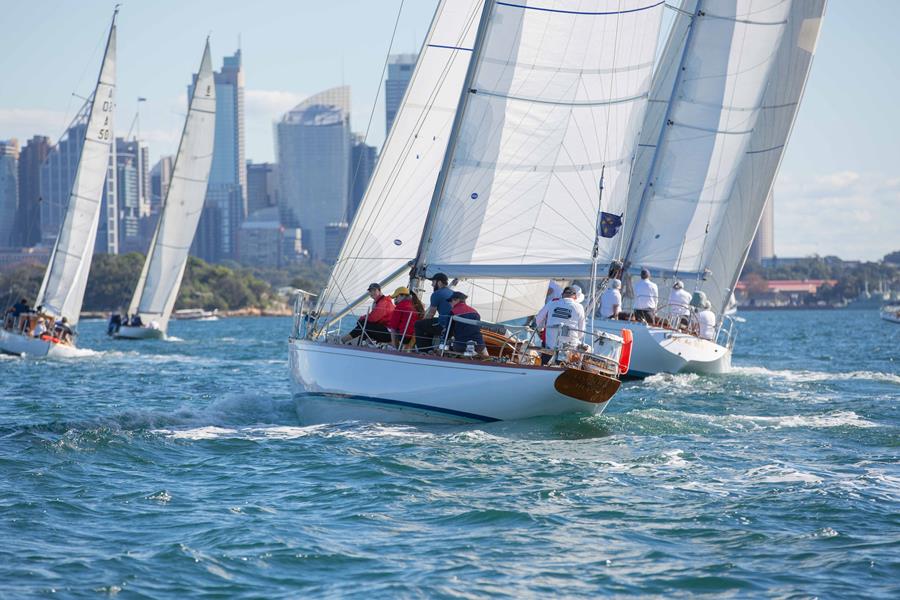 More than 20 of Australia’s most famous classic yachts have already entered for the Sydney Hobart Classic Yacht Regatta that will begin a month of celebrations to mark the 75th anniversary of the Rolex Sydney Hobart Yacht Race.

To be held over two days on the weekend of 7 and 8 December, the regatta was created to celebrate the heritage of the Great Race. It will feature former handicap and line-honours winners, in addition to many of the classic yachts that helped build the Rolex Sydney Hobart Yacht Race into one of the premier offshore events on the world sailing calendar.

One of the best-known yachts taking part will be David Champtaloup's Caprice of Huon. Although this handsome 45-foot sloop never won the Sydney Hobart race (she came 2nd in 1972), Caprice was the hero of Australia’s initial challenge for the Admiral’s Cup in 1965, winning the first three races.

Other famous names already entered for the regatta include Bruce Gould's Margaret Rintoul, Clive Gregory's Fare Thee Well, Nicole Shrimpton's Defiance and David Salter's Mister Christian. Racing will be conducted in two divisions – spinnaker and non-spinnaker – so that veteran yachts no longer engaged in regular competition can still have an opportunity to claim a prize.

The Cruising Yacht Club of Australia (CYCA) will host a gala dinner after racing on the Saturday evening featuring guest speakers Adrienne Cahalan and Sir James Hardy OBE. Both these legends of the sport will talk about their lifelong affection for the 628-nautical-mile dash to Hobart.

During the weeks leading up to the 75th-anniversary race on December 26, several of the classic competitors will be on display in the CYCA pond. They will include the “First Fleeters” Archina and Kathleen Gillett that raced each other in the first Sydney Hobart Yacht Race back in 1945.

In keeping with the historic nature of the event, the final race on Sunday will begin from the original starting line off Cannae Point, just inside Sydney Harbour at North Head.

The event is open to any yacht that has a launch date prior to 1975 and has competed in a Sydney Hobart Yacht Race.  Other “veteran” yachts may be considered by the Organising Authority.