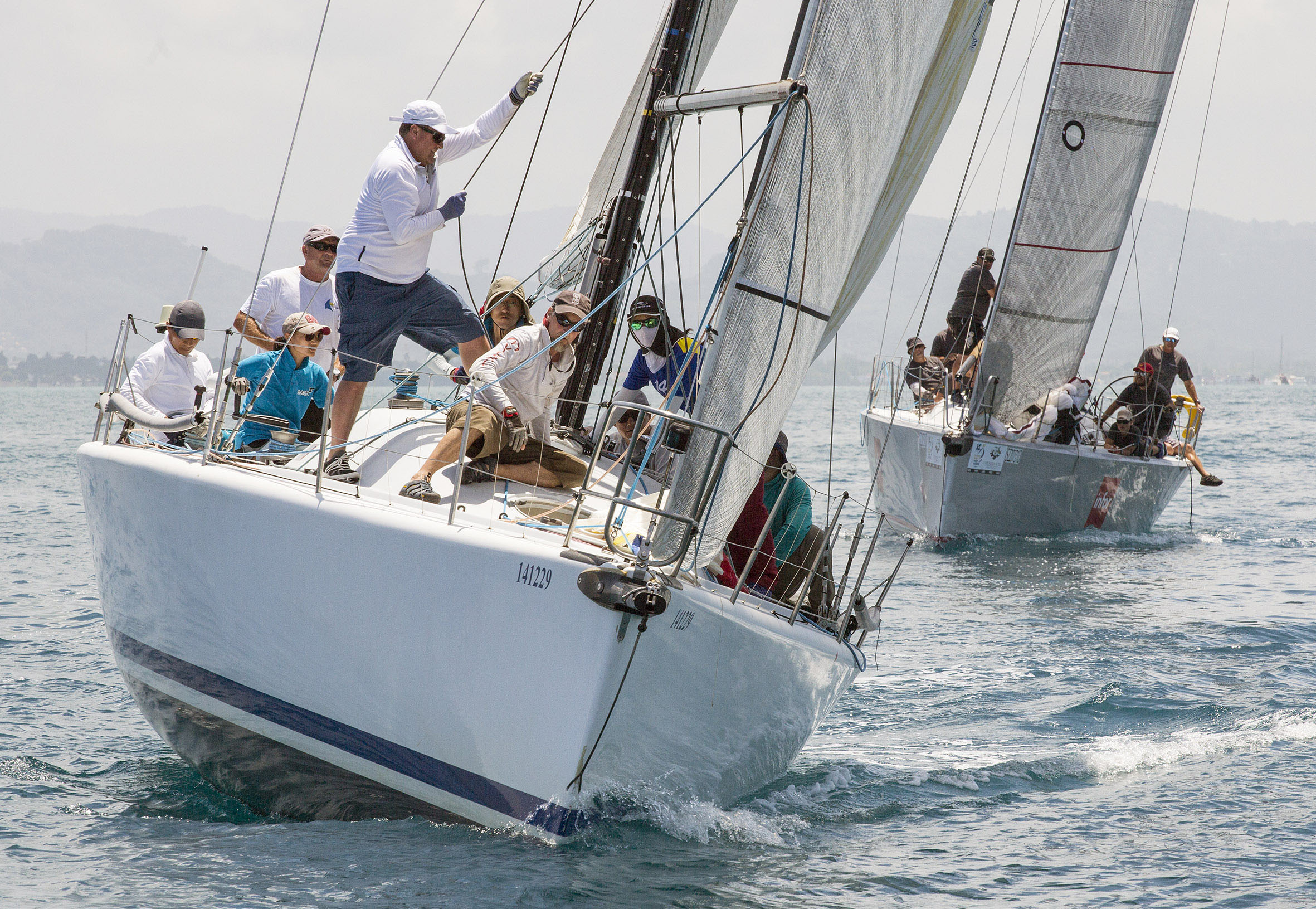 Phuket, Thailand – With less than one month to go, the 15th Anniversary Cape Panwa Hotel Phuket Raceweek is shaping up nicely, say the organisers, with a healthy entry list and crews from more than 20 countries already signed up to compete.

“Registrations are strong and continue to come in daily. We have an impressive line-up of 40-footers already confirmed, including Ramrod (Farr 40), Loco (Club Swan 42), East Marine Emagine (Sydney 40), Aquari (Sydney 40), Prime Factor (Farr 40) and Megazip (Cookson 12), with more expected to enter in the next week or so.

They will be joined by a good cross section of boats and crews in the IRC Racing II and Cruising Monohull classes, while in the four multihull classes we already have 17 entries,” said Byron Jones, Managing Director of organisers Media Business Services Co. Ltd.

The season opener for the 2018/19 Asian Yachting Grand Prix, Cape Panwa Hotel Phuket Raceweek has established itself as being a competitive and fun regatta, with an unrivaled onshore social scene and the best beachfront parties.

In addition to many regular faces at the regatta, this year's charter entries are on the rise with seven boats already confirmed chartered by international teams.

Another area of growth is in the number of female sailors taking part. This segment has been growing in recent years mainly from Thailand-based crews, and last year, for the first time, an all-female crew from Australia joined.

Heading into this year's regatta there will be three all-female crews, plus female sailors racing on boats across the fleet. The two Farr 1104's Farrgo Express and Krabi Boat Lagoon Pinocchio are both chartered and each is being raced by an all-female crew from Australia, while Astraeus will be raced by a Phuket-based all-female team.

“The number of female sailors taking part has grown organically and considerably over the last three or so years. It's encouraging to see and I think our one-venue regatta format, which makes it both convenient and very family-friendly, is one of the reasons the regatta is becoming more popular with female sailors around the world,” added Jones.

Cape Panwa Hotel provides an ideal 5-star venue with secluded beach and a private pier for easy shore access for boats and crews. Since becoming Title and Host Sponsor in 2012, 230 boats and 2,400 sailors and family members have joined the regatta, generating millions of Thai Baht for the island's economy and more than 300 articles in international media each year.

“We have received a lot of positive feedback from participants about the venue, the food and beverage, the parties and overall our service at Cape Panwa Hotel,” Poomiphat Navanukroh, Cape and Kantary Hotels Travel Industry Group Director said.
.
“We're very proud to welcome many international sailors and friends each year to stay at both Cape Panwa Hotel and at our Kantary Bay Hotel, and we're looking forward to a busy and successful 15th edition this July.”