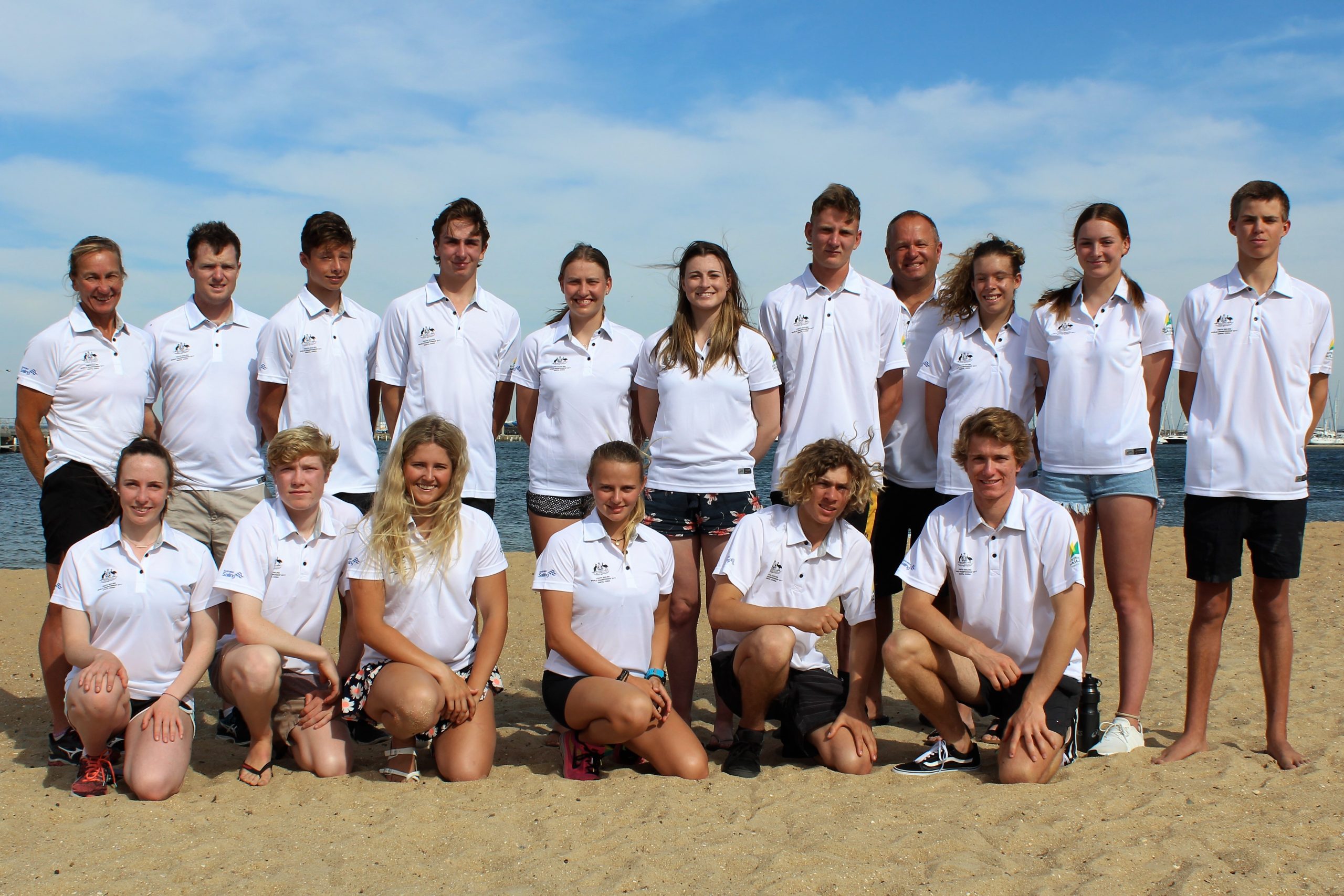 Australia’s 14-strong team for the Youth Sailing World Championships in China fields only one sailor who has been to the world underage championship before.

However, former Olympic gold medallist Belinda Stowell, one of the team’s three coaches, is confident the talented group can add to Australia’s illustrious history at the regatta, which includes winning the Nations Trophy as most successful national team at the event four times.

More than 380 sailors from 62 countries are at Sanya, on Hainan Island in China’s far south, to compete at the Youth Worlds from December 9-16.

The Australian team’s preparation was capped recently with a camp and racing at the Sail Melbourne International regatta last week which, Stowell said, gave squad members a chance to prepare mentally for the challenge ahead.

“They are all working well together,” Stowell said. “This year we only have one athlete who’s been to the Youth Worlds before in [windsurfer] Alex Halank. But, with a new team, it is exciting to see where they will all be on the world stage.

“The Youth World Championship is a chance for the Youth sailors to gain from an international regatta against their peers in a format that resembles many of the facets of an Olympic Games sailing regatta.”

“Australia has done well in youth sailing, winning the Nations trophy in 1993. 2003, 2007 and 2015,” said Stowell, who won gold at the Sydney Olympics and was recently inducted into the inaugural Australian Sailing Hall of Fame. “Many of the sailors that have competed in a Youth Worlds have gone on to Olympic Sailing and transitioned well into the higher ranks.”