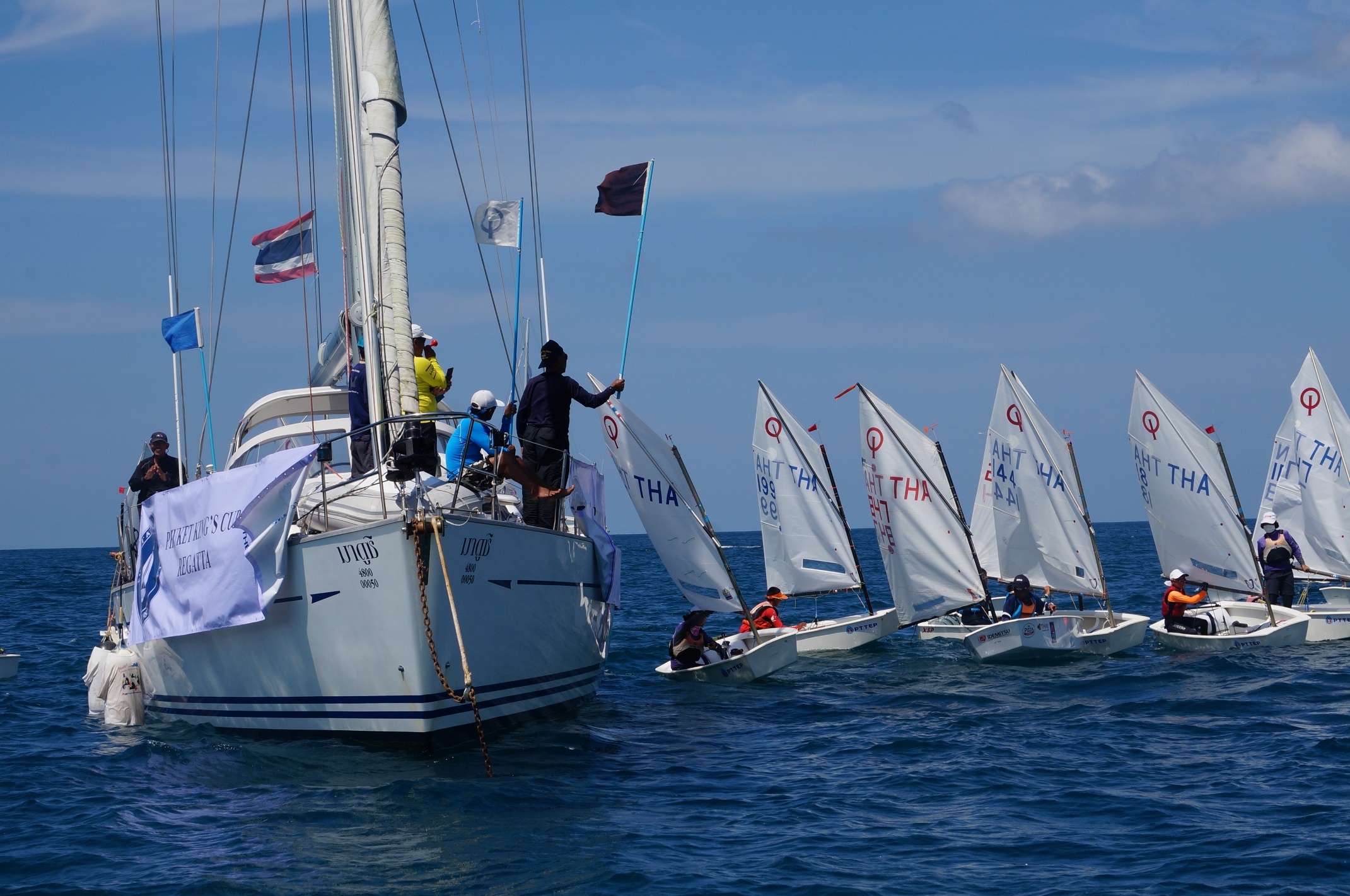 It’s been a week of consistently excellent winds, gusting to 25 knots at times, but lighter conditions appeared for Day Four of the of Phuket King’s Cup Regatta in Thailand, having the potential to alter standings ahead of tomorrow’s conclusion of racing.

Today also marks the end of a great week of racing across all of the Phuket King’s Cup Regatta Dinghy class events, with its biggest fleet ever and much more of an international vibe.

Lighter conditions brought some changes across the board for keelboat and multihull racers. In Race 9, Ray Roberts and Team Hollywood were the first to beat the undefeated THA72, skippered by Tom and Kevin Whitcraft.

True to this week’s form however, Whitcraft’s team was back on top to take Race 10. In Race 11, Sarab Singh’s Windsikher team finally recorded a win, nosing ahead of the Whitcrafts by seven seconds.

Whitcraft commented: “Poor tactics cost us in the first race. We picked the wrong route and ended up tacking endlessly. Down the run we decided to jibe sooner, they pulled away. Then it was follow the leader. We were right behind Windsikher at the finish. We won the second race and were second in the last, but we got one. You don’t mind giving them one or two, they worked hard for it.”

IRC1 also chalked up three races today, with Japanese entry Karasu taking two of them, with the other going to David Fuller’s Aussie-registered Fujin.

John Coffin, owner of Java Yachting, owner of 19 boats, many of which are competing in the regatta this year, said: “We are very well represented in the ’17 King’s Cup and are delighted to be able to be so engaged in this prestigious race.

“We’ve got My Judy competing in IRC2, Awatea and Mermaid in Modern Classics, plus all four Pulse 600’s – that’s a great boat for progressing from dinghies. They ran on the big boat course this year, so were a bit overwhelmed with the 25 knot gusts, five above their comfort zone.

“We try to bring the Thai children up through the dinghies, and we teach Chinese kids too – we have a club in Shanghai for international learning, and one in Krabi. I’ve raced in the King’s Cup before, but am crew normally, not driver! We’ve also got Asia Catamarans Java doing quite well, and also the Chinese-crewed Mas Allegre, which is a 50-year old design racing amid the classics

“The depth of quality and high levels of competition is incredible, and these are hallmarks of the Phuket King’s Cup Regatta.