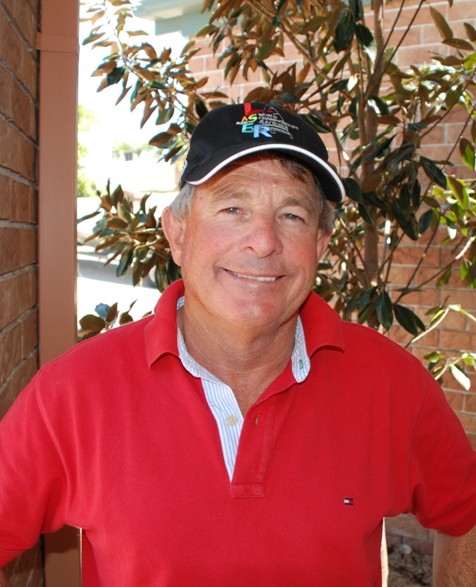 Yachting Queensland President Ken Hurling has never forgotten what his mother-in-law said to him many years ago. “Make sure you give back to the community.”

That piece of advice has been the fuel that has kept Hurling going since moving to Grafton from Sydney in the 70s, and is the reason he was announced on Australia Day to be one of a select few to receive the Medal of the Order of Australia (OAM).

In the Australian honours system, the Medal of the Order of Australia is the highest level of recognition awarded for outstanding achievement and service. Ken is being recognised for his tireless community service work, and particularly his contribution to sailing in Australia that spans several decades.

It was back in the early 80s and Ken had a string of successful butcher shops when he started helping out his local club, the Grafton Rugby Club, by selling raffle tickets and raising money for the club house. Since then he hasn’t slowed down, and even now Ken can look back and be surprised at what he’s accomplished.

“Until I actually sat down and read the list of reasons I was getting the award, I didn’t realise I had done so much,” he said.

Ken has never believed in simply throwing money at a problem, but has always preferred giving his time because time and effort is “more valuable”.

“Community service is a like a drug. Giving back makes me happy.”

He is currently the President of Yachting Queensland, but has also held a presidency in a number of other organisations including the Grafton Rotary Club, Grafton Meals on Wheels and the Flying 11 Association.

Ken has said that one of his most notable experiences was serving as head coach for the Moreton Bay College Sailing Team. “I met some incredible young women during my time as coach. They were always improving and it was a privilege to help them improve their sailing.

“I could never repay the effort, commitment or passion those girls gave me in their sailing,” he said.

Despite the long list of service and accomplishments, Ken has no plans to slow down any time soon. He is currently working with Yachting Queensland to develop a number of funding and development strategies to further improve the sport of sailing in Queensland and Australia.

However, the announcement that he would be receiving the Medal of the Order of Australia has definitely given him pause to realise that he truly has made a significant difference in the sailing community and society.

“It’s life changing,” he said, “to know that my efforts have been recognised the whole way.”

Ken also said he is blessed to have a loving wife and wonderful children to support him, who are always happy to see him continue his work.