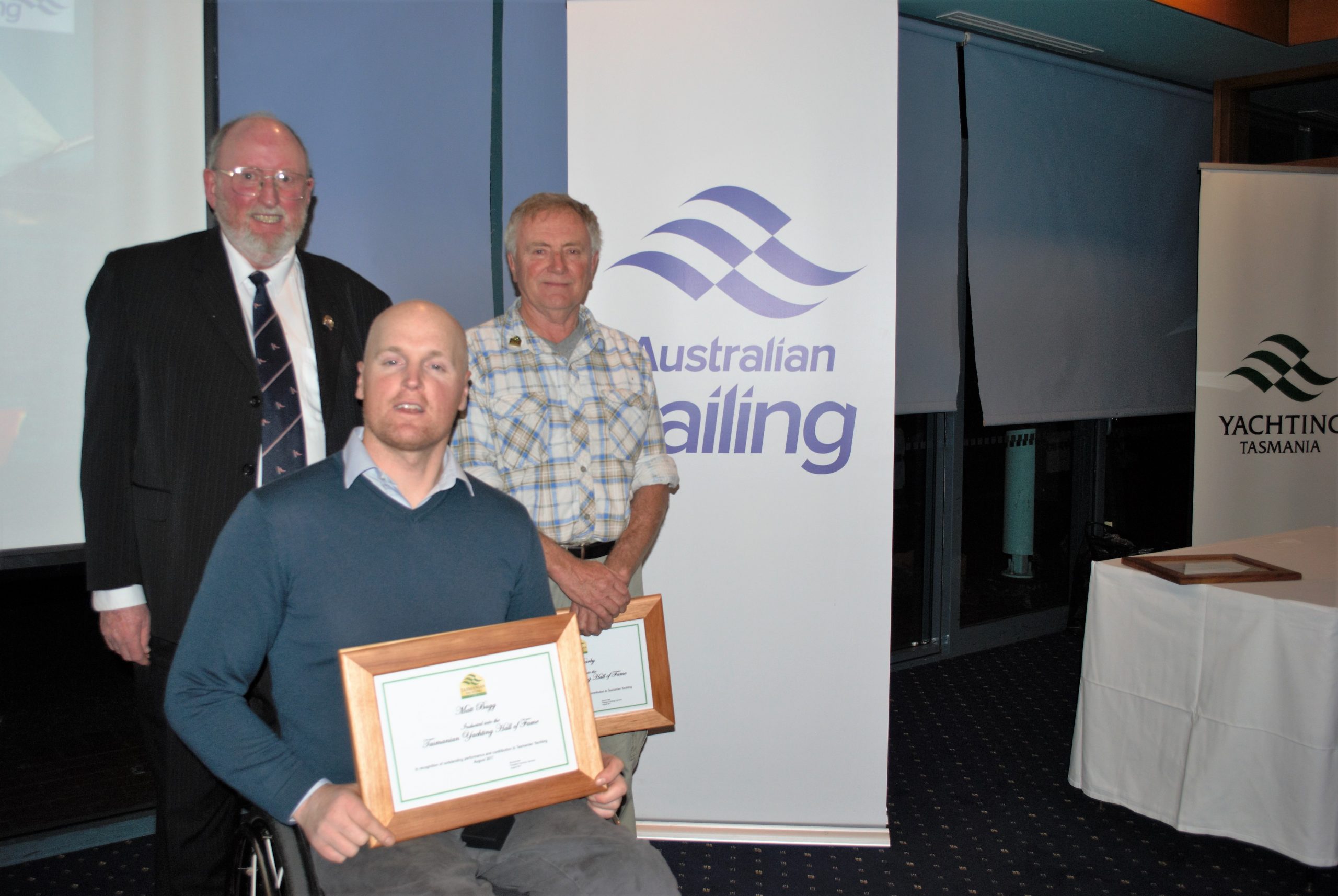 Tasmanian Hall of Fame inductees for 2017

Rio Paralympic silver medallist Matthew Bugg has been inducted into the Tasmanian Yachting Hall of Fame and also again been named Tasmanian Male Sailor of the Year.

The honour was announced last evening at Yachting Tasmania’s annual sailing awards, held at the Royal Yacht Club of Tasmania. Bugg joins a prestigious list of outstanding sailors and yaching administrators in the Hall of Fame.

Bugg, a member of the Royal Yacht Club of Tasmania and the Derwent Sailing Squadron, was recognised for his continued international success in the 2.4mR class following his siver medal at the Rio Paralympics. He recently won the a silver medal at the Para World Sailing championships a Kiel, Germany and is currently ranked No 1 in the world.

Also inducted into the Hall of Fame were Mike Darby of the Wynyard Yacht Club and Gilbert Leitch from Derwent Sailing Squadron.

The Outstanding Youth Achievement award went to Brendan Crisp and Daniel Maree for their outstanding performance in winning the Australian Flying 11 Championships (First Tasmanian’s ever).

Midway Point Yacht Club was named club of the year while the Yachting Personality of the Yearaward went to Graeme Wood and Anna Cerneaz for their work in setting up and maintaining the Athena Sailing Program for woman.

Disabled Sailor of the Year award went Chris Symonds from Wynyard Yacht Club for his 2016 World Championship and 2017 National Championship wins in the 303 dinghy class.

Joint winners of the Offshore Sailor of the Year award were
Richard Grant (Cromarty Magellan) for 2016 Sydney to Hobart success, winning the Corinthian Division in his first Sydney to Hobart Race, and to David Graney for his crewing in the Clipper Round the World Race.