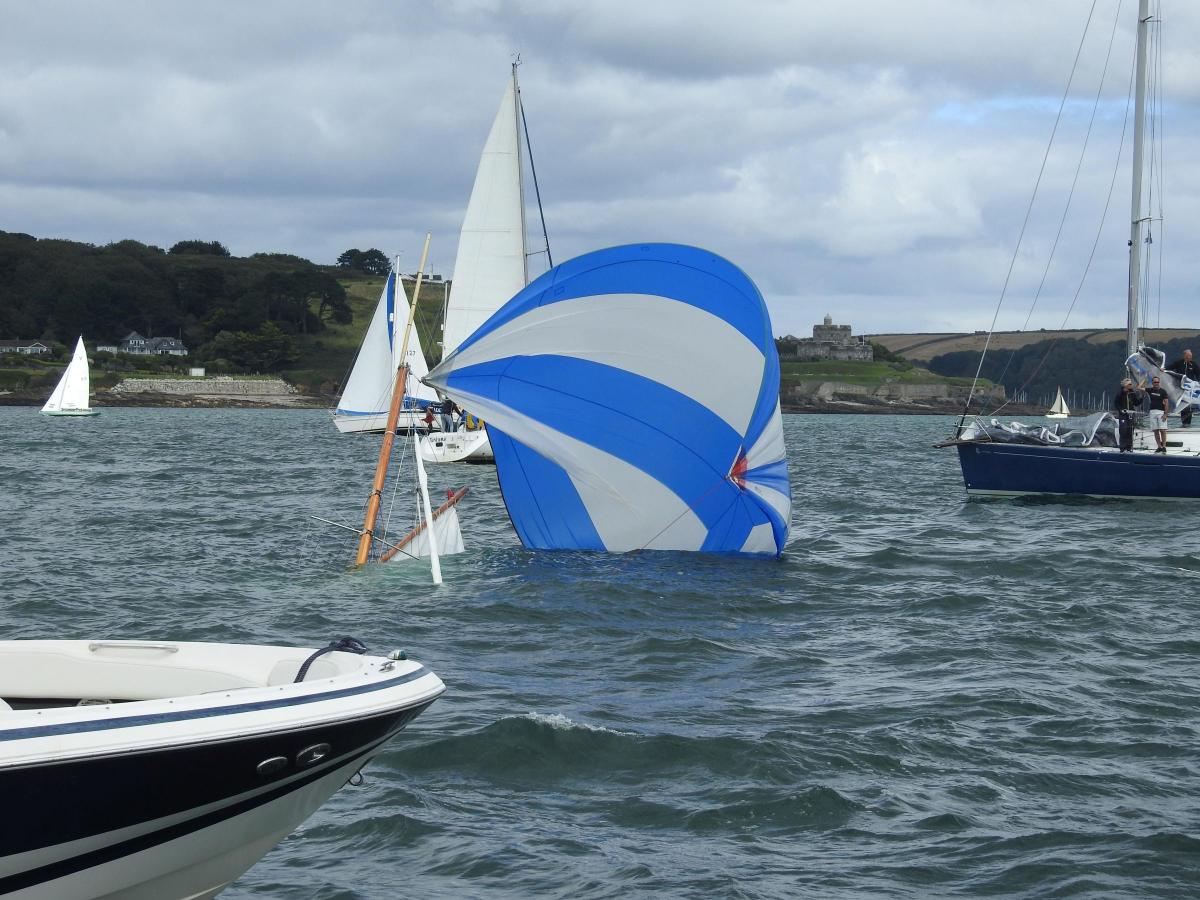 The 18 Footer Myrtle on the bottom after capsizing. Photo The Packet.

The Packet  by Peter Johnstone

Three sailors had to be rescued from the Carrick Roads after their yacht sank during the final day of Falmouth Week racing on Saturday.

The trio was sailing in the 18ft dinghy Myrtle, helmed by Charles Taylor, when it capsized north of the Governor buoy during the first round of the Carrick Fleet race.

A spokesperson for Falmouth RNLI said: “It was a racing boat with three people on board which was being raced too hard. “It plunged and threw the three of them into the water.”

They added that there were “no-injuries sustained” during the incident, and after everyone was safely out of the water the inshore lifeboat removed the sailing boat's spinnaker from the mast.

According to one witness, Mike Lithgow, two of the crew were picked up by another yacht, Foxtrot, and one was collected by a safety RIB.

After capsizing, the boat's mast could still be seen poking from the water at low tide, and Falmouth Harbour Commissioners issued a notice to sailors warning that some of the sails were still rigged with lines hazards likely to be near the submerged vessel.

On Monday the commissioners told the Packet that the owner of the boat had arranged for salvage, which was carried out by Seawide Services.