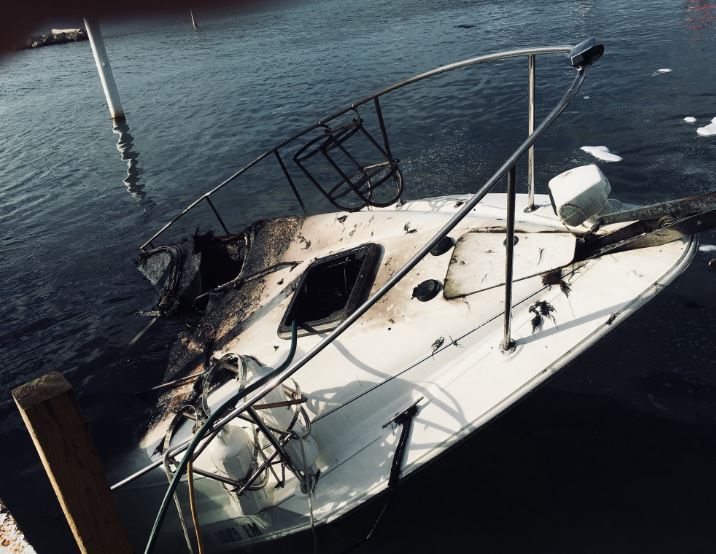 The burnt out boat at Cleveland.

CLEVELAND – Cleveland fire crews were called out to Edgewater Yacht Club Saturday evening when a 27-foot sailing boat there caught on  fire.

The Fire Boat Anthony J Celebrezze, along with Cleveland Engine Company 21, assisted in putting the fire out. The Coast Guard was called in  to help establish a safety zone around the area while fire crews worked.

No one was injured, but the boat, which was estimated to be worth $30,000,  was destroyed and eventually sunk.

The cause is believed to be accidental, as the boat's owner was working on an electrical issue on the boat before the fire began.