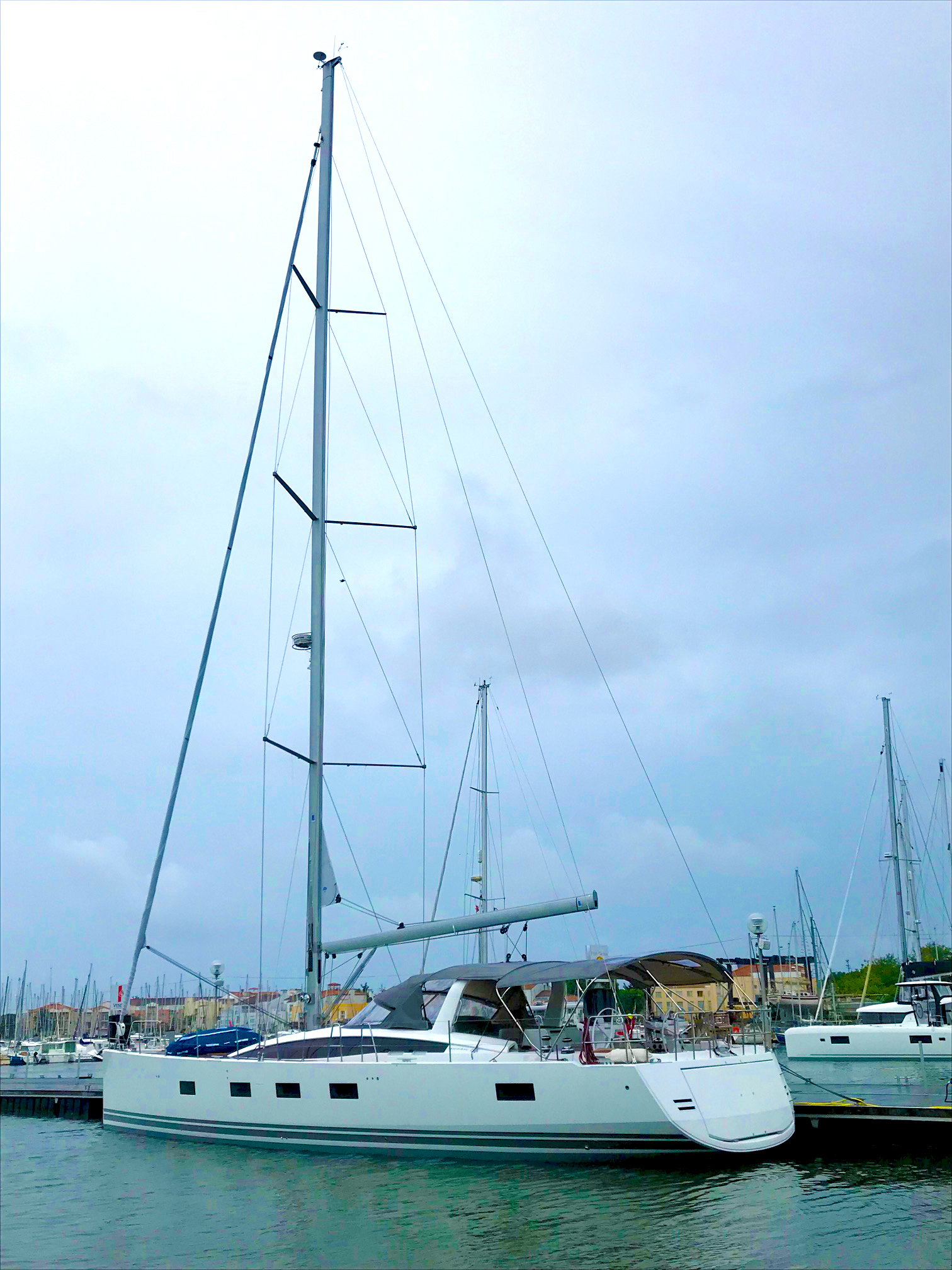 27/06/2018
The French Atlantic Port of Les Sables-d`Olonne is absolutely buzzing with activity as the 2018 Golden Globe Race gets ready to depart on July 1st. Ian Douglas, from Jeanneau’s Queensland sail dealer Mooloolaba Yacht Brokers, has just returned from France where he handed over a new Jeanneau 64 to her owners preparing for a Mediterranean cruise.
The new J64 is in excellent company this week moored alongside history making yachts such as Sir Robin Knox Johnstone’s Suhaili, the only yacht to complete the first Golden Globe round the World race in 1968. Also at the dock is Bernard Moitessier’s Joshua, Sir Francis Chichester’s Gypsy Moth IV, and Eric Tabarly’s Pen Duick III and VI.
The Jeanneau 64 is attracting attention as thousands of visitors throng the dock and the new owner reports constant hull tapping, many questions and admiring looks. Naturally, alongside the aforementioned luminaries, she looks like a bit like a space ship from another world.
The 64 is packed with equipment that the skippers of the Golden Globe fleet can only dream of including a few simple controls at the helm station that operate virtually the whole boat. Along with electric furling main sail and electric furling self-tacking headsail, rewind primary winches in the cockpit, bow thruster, and a host of hi tech equipment that allow one person to navigate and handle a 64 foot yacht without leaving the cockpit.
For information on taking delivery of your new Jeanneau in Europe contact your local Jeanneau dealer.
jeanneauaustralia.com