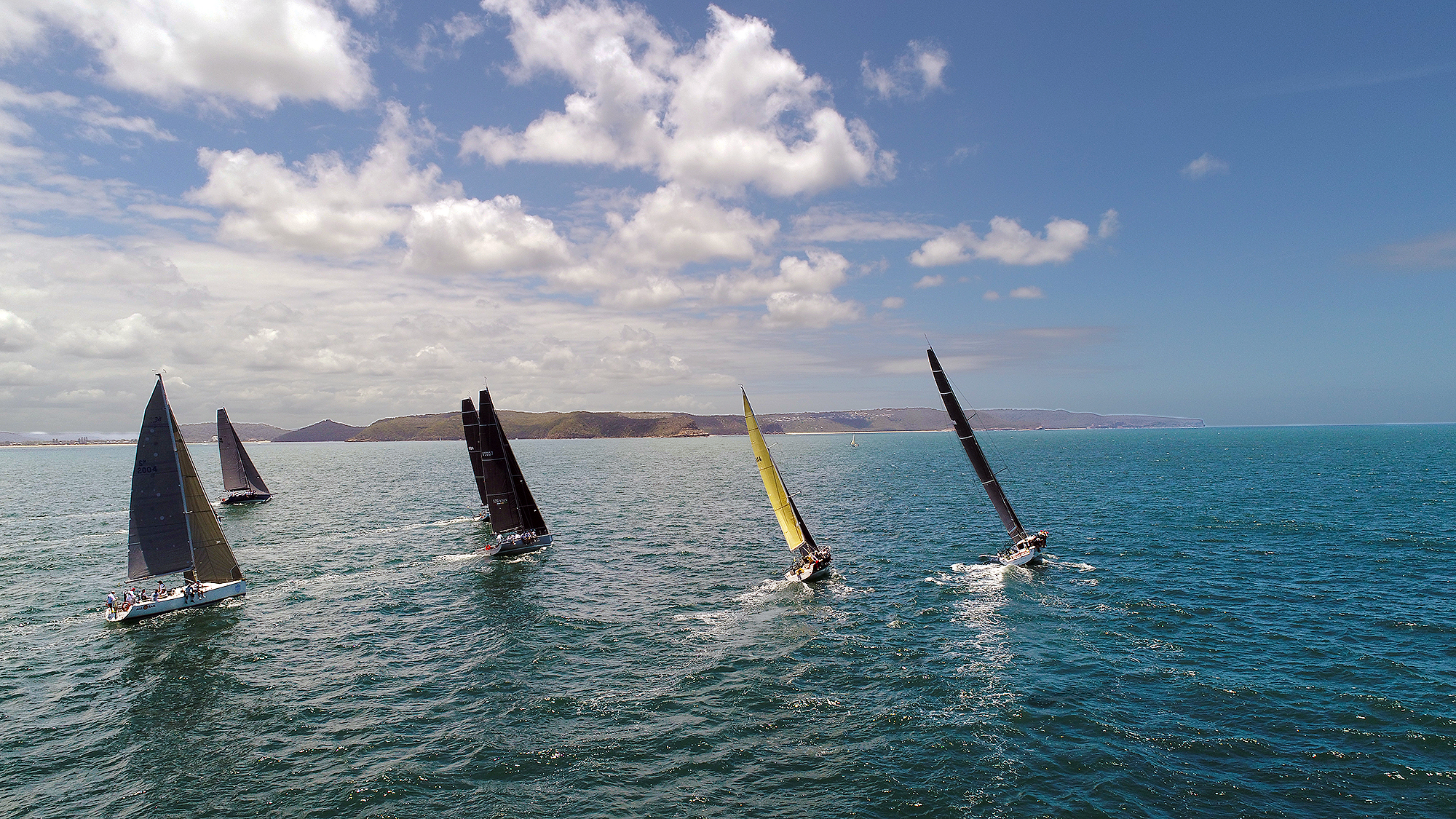 Organisers of the reborn Newport Coffs Coast Yacht Race are looking to double their fleet size this year, with the event now tagged “the right race, to the right place, at the right time”.

At its official launch today in Coffs Harbour, on the NSW mid-north coast, Race Director Rob Brown OAM said there was great potential to rebuild entry numbers to beyond that of 2016, which attracted 42 boats and more than 400 sailors.

“If you do only one ocean race this year, make it this one,” Brown said. “At 230 nautical miles, it’s a great length and you get to finish in a beachside resort town that’s in full family holiday swing.

“The race is conducted under Safety Category 3 Plus, which makes it affordable and accessible for a broader range of yachts. Competitors only need to have a VHF radio and a satellite phone for communications, not a High Frequency radio. Also, all yachts are provided with Yacht Tracker beacon technology to enable an online audience to closely follow the course and positioning of the fleet.”

Since its maiden run in 1981 with a fleet of 14 yachts, the coastal dash from Pittwater to Coffs has been fondly regarded as a fun, friendly, warm-water alternative to the Rolex Sydney-Hobart.

It was conceived by recreational sailor Max Tunbridge while competing in a race that rounded South Solitary Island, just north of Coffs, then returned to Sydney without stopping at arguably NSW’s best coastal harbour. No fun, he thought.

At its peak the Coffs race lured up to 120 entrants, among them Apollo, Ragamuffin, Wild Oats XI and Hong Kong’s Beau Geste, making it bigger than the Hobart some years. However, disaster befell the event when Coffs Harbour Marina sustained damage during severe storms.

Pantaenius Sail & Motor Insurance stepped in as major sponsor, adding to a portfolio that includes the popular Sail Port Stephens regatta. The 2017 Newport to Coffs Coast Yacht Race (NCCYR) then started on a new date of 27 December with 12 entries.

The all-encompassing divisions for 2018 include PHS, ORCi and IRC. Multihulls are also welcome to compete under OMR handicapping. It appeals to skippers and crews who like to sail over the Christmas break yet are disinclined to compete in the Sydney-Hobart or Pittwater-Southport because of safety equipment requirements, cost or time constraints.

At the same time, it’s close enough for family and friends to pack their beach gear and golf clubs and drive up the coast. Many competitors stay on to enjoy play-and-stay golf or hinterland drives.

“The southerly current provides many challenges for crews and means hugging the coast. The upshot is that they will experience some of most picturesque beaches and coastline all the way to Coffs Harbour.

“We are pleased to be working with Coffs Harbour Yacht Club once again and we look forward to their wonderful reception when the yachts finish and settle in at their berth at Coffs Harbour Marina.”

CHYC Commodore Garry Innes says visiting yachts will be warmly welcomed, while there has also been greater interest from Coffs Harbour yacht owners to compete.

“This iconic yacht race will go from strength to strength with our partners the Royal Motor Yacht Club and the full support of Coffs Harbour City Council and the Coffs Coast business community,” he said. “There’s something planned every day to create a buzz around the club precinct, starting with a race barbecue on December 29 followed by a civic reception and presentation evening on the 30th. We’ll celebrate New Year’s Eve in with a fun race starting at 1pm, then fireworks lighting up the waterfront.

“We look forward to seeing as many people as possible, so I recommend booking accommodation as soon as possible.”

“It’s a great time to sit back and enjoy the social activities put on by the Coffs Harbour Yacht Club in its marquee,” Rob Brown adds. “Then it’s a relatively easy sail home, or north, which is sure to suit many club racers.”

Further details and a Notice of Race for the Pantaenius Newport Coffs Coast Yacht Race can be downloaded at royalmotorroyalmotor.com.au/coffs-race.