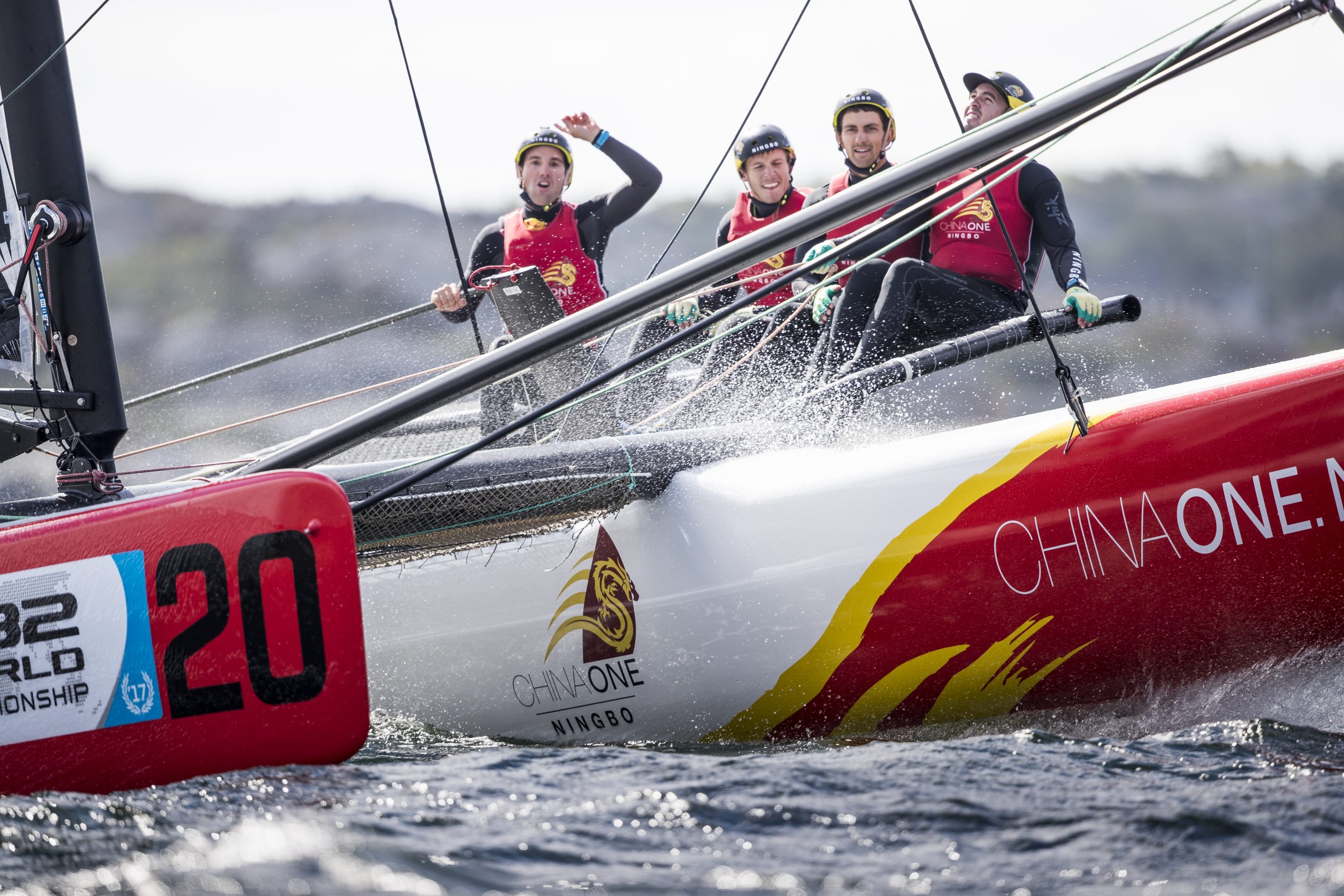 This tactically elite sailor is in Marstrand, Sweden this week where it has been announced that she is to become the ambassador and training partner for the new ChinaOne Ningbo sailing team as they race in the M32 World Championship.

The ChinaOne Ningbo boat is being skippered by the current world champion, Phil Robertson.

The new partnership with the ChinaOne Ningbo sailing team is a clear demonstration of the commitment Ningbo, a vibrant coastal city near Shanghai, China, is making into the sport.

Whilst the country is producing exceptional sailors, sailing still has some way to go to becoming a recognised sporting activity in China.

Xu Lijia began sailing when she was ten and has been racing dinghies internationally since she was 11.

She says, “In China we have thousands of miles of coastline along which you will find busy trading ports and fishing fleets, but sailing is still in its infancy.

“When I was ten years old I moved from swimming to sailing. I didn’t even know what sailing