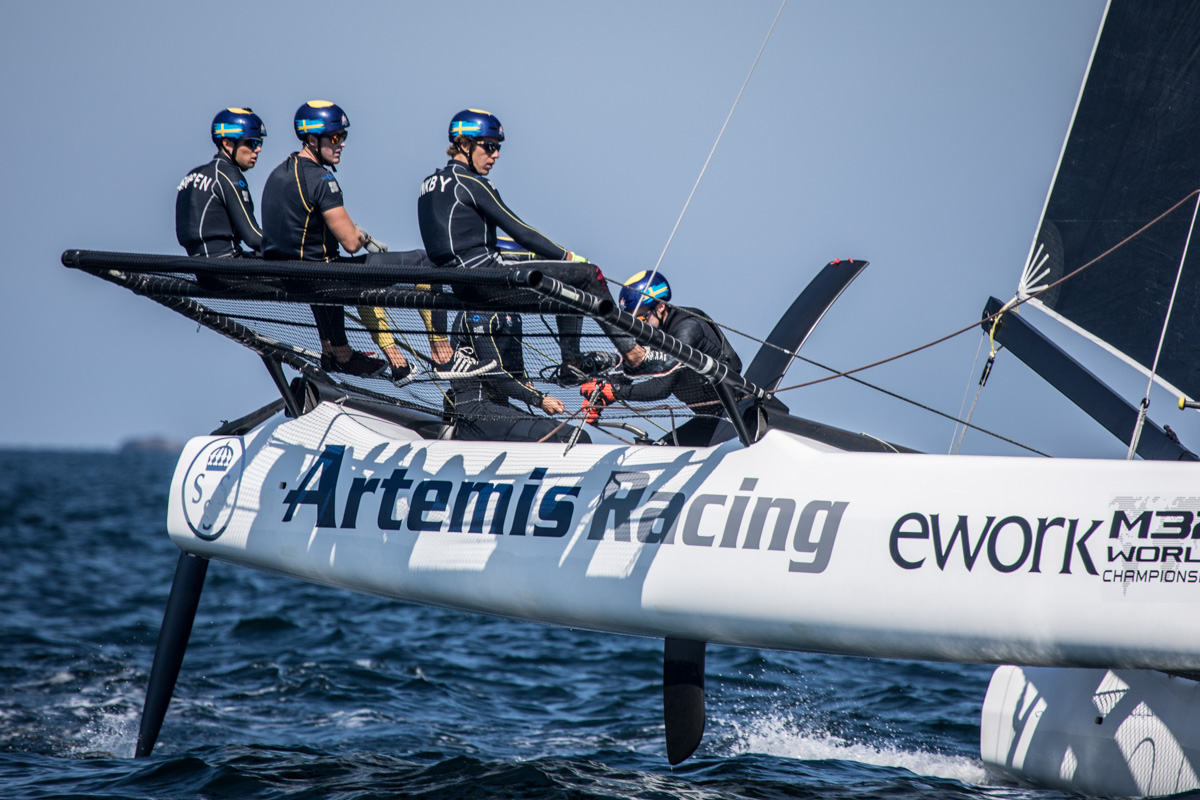 When ChinaOne Ningbo began racing in the M32 World Championships on Thursday, they were full of energy, fresh off their outstanding win at the GKSS Match Cup Sweden against rivals Taylor Canfield and the US One Sailing Team.

So it must have come as a relief to the rest of the M32 World Championship fleet when the team struggled through with only mediocre results, ending the first day of racing in fourth place.

Phil Robertson, the Kiwi skipper of the ChinaOne Ningbo team, has been battling with a fierce cold that has kept him off his best.

“I’ve not been able to think and respond the way I do normally. I’m definitely not as sharp as I should be and Thursday really got the best of me. The rest of the team stepped up, but the day did not go according to plan. I went to bed early on Thursday night, got plenty of rest and went into Friday with a complete focus to turn those results around.”

Still feeling weather-beaten by illness, on Friday Phil and his team demonstrated the skills and ability that we have come to expect from this world champion team.

“I still wasn’t at my best but we know that the key to success in fleet racing is to keep pulling steady results, so consistency is key. With this strategy the points weigh in your favour so we came out of day two back at the top of the pile, six points clear of second place.”

Into day three and the question was on everyone’s lips; could ChinaOne Ningbo summon up the energy to maintain their place at the top?

A full five races meant the day was a busy one, but ChinaOne Ningbo managed to extend their lead and are now clear of Warrer Racing in second place by nine points.

“It was an up and down day. We started well and the first two races were strong, but starting is key in a big fleet like this and races 3 and 4 proved tough as we didn’t get off the mark as well as we’d hoped.

“It’s hard to fight back and so we only managed ninth and seventh. In the final race of the day the team dug deep and we managed another good result which was enough to pull ahead of the pack and stay in first place.”

Event management have cancelled the fourth and final day of racing due to weather conditions. Prize giving will be held tomorrow morning (Sunday) Sweden time.