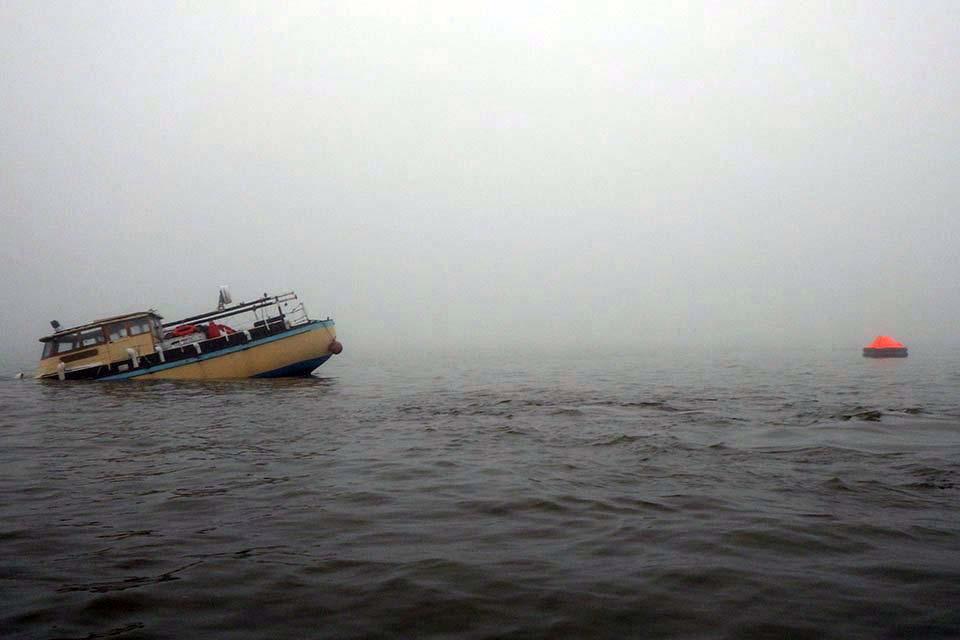 The Peggotty sinks after colliding with a ferry. Photo UK Coastguard.

This is not a sailing story. But it's a warning to all of us that even experienced skippers get caught out, especially when they leave “to meet a deadline” instead of when conditions are safe. The Sun in the UK called him Captain Clot, and they are probably not far wrong:

The Sun. By Robin Perrie.

A SKIPPER who set sail in thick fog with just an iPad to navigate crashed into a ferry and sank when his wifi signal failed.

A passenger was using an app on his iPad but they lost the signal and strayed into the main shipping channel of the Humber estuary — the UK’s busiest. A DFDS Seaways cargo ferry, 1,400 times bigger at 32,289 tonnes, slammed into the pleasure craft.

Carlin, 34, put out a Mayday call and a nearby boat plucked him and the passenger from their life raft.

A lifeboat arrived moments later and saw Peggotty go down within 30 minutes. Carlin, a pilot with Associated British Ports, was fined £3,000 by Hull magistrates for breaching maritime laws.

The 60-year-old Danish skipper of the ferry, called Petunia Seaways, had no idea of the collision and carried on his voyage from Immingham to Gothenburg, Sweden. He was also fined £3,000.

Finish reading the full story at The Sun.