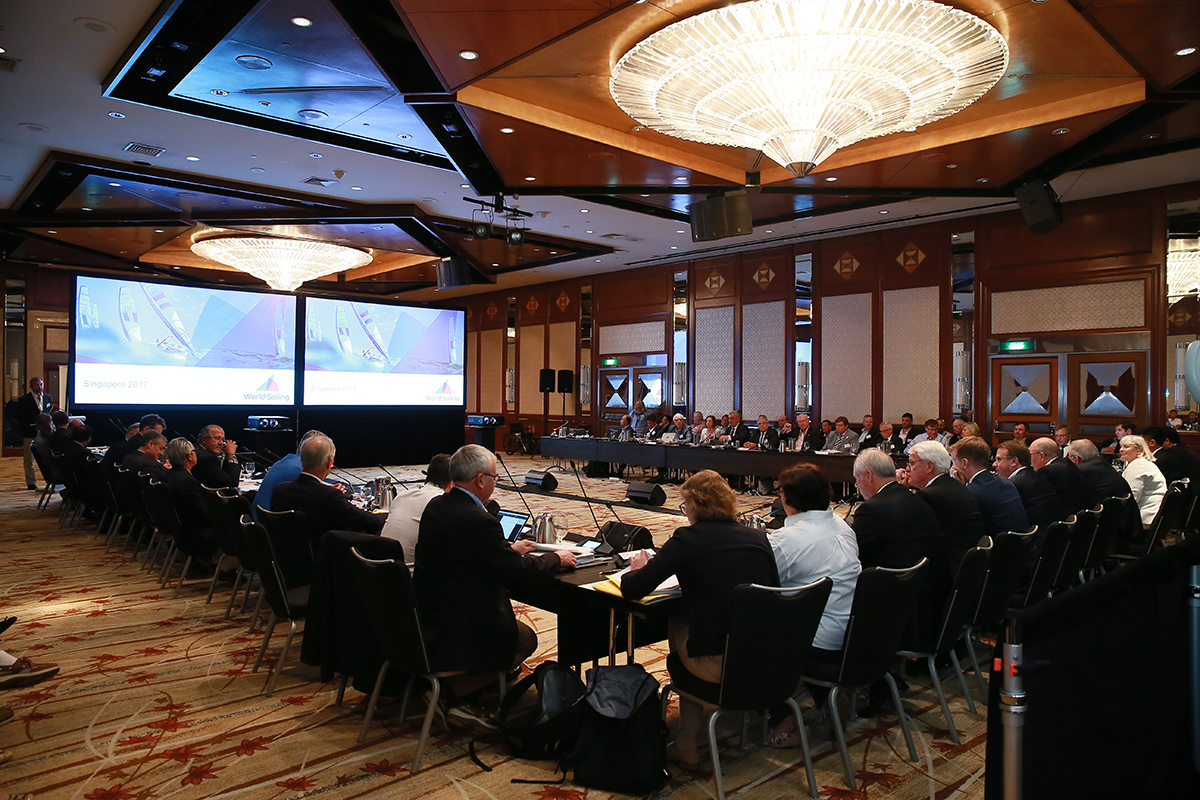 World Sailing, the international federation of the sport, today (8 May 2017) outlined its long-term priority areas as the meeting of the World Sailing Council concluded at the 2017 Mid-Year Meeting in Singapore.

The meeting of the World Sailing Council brings together the President, Vice-Presidents, Officers of Honour (non-voting), 28 appointed members (representing each of the regional groups of sailing nations), and representatives of the Offshore Committee, Classes Committee, Athletes' Commission and a Women's Representative.

In advance of the Mid-Year meeting, an extensive survey of World Sailing's Member National Authorities was conducted, giving World Sailing insight into where the long-term priority areas should focus on.

Three areas were proposed for World Sailing to prioritise:

Addressing the World Sailing Council, President Kim Andersen said, “We have now a survey that the regions and MNA groups can use as a compass that shows us where they want to develop and where World Sailing is heading. We will start working to define the priorities and direction set out by the survey.

“We each play an important part in its operations, and we must ensure that it operates smoothly. This means ensuring that we take the time to ensure that our regulations and processes are working and the dedicated people managing World Sailing are working with us.

“We need synchronization on all levels if we are to grow our sport and ensure that we continue to have success in the future.”

Three submissions were received in advance of the 2017 Mid-Year Meetings and each one was approved by the World Sailing Council.

The voice of the athletes on World Sailing committees has been strengthened. The Athletes' Commission may now appoint a full voting member from within the Commission to the Coaches Commission, Development and Regions Committee, Events Committee, Equipment Committee, Olympic Classes Sub-committee, Race Officials Committee and the Racing Rules Committee.

A Committee Chair / Vice Chair meeting will conclude the Mid-Year Meeting on 9 May.

World Sailing Council will meet next at the end of the 2017 Annual Conference set to be held in Puerto Vallarta, Mexico from 3-11 November.