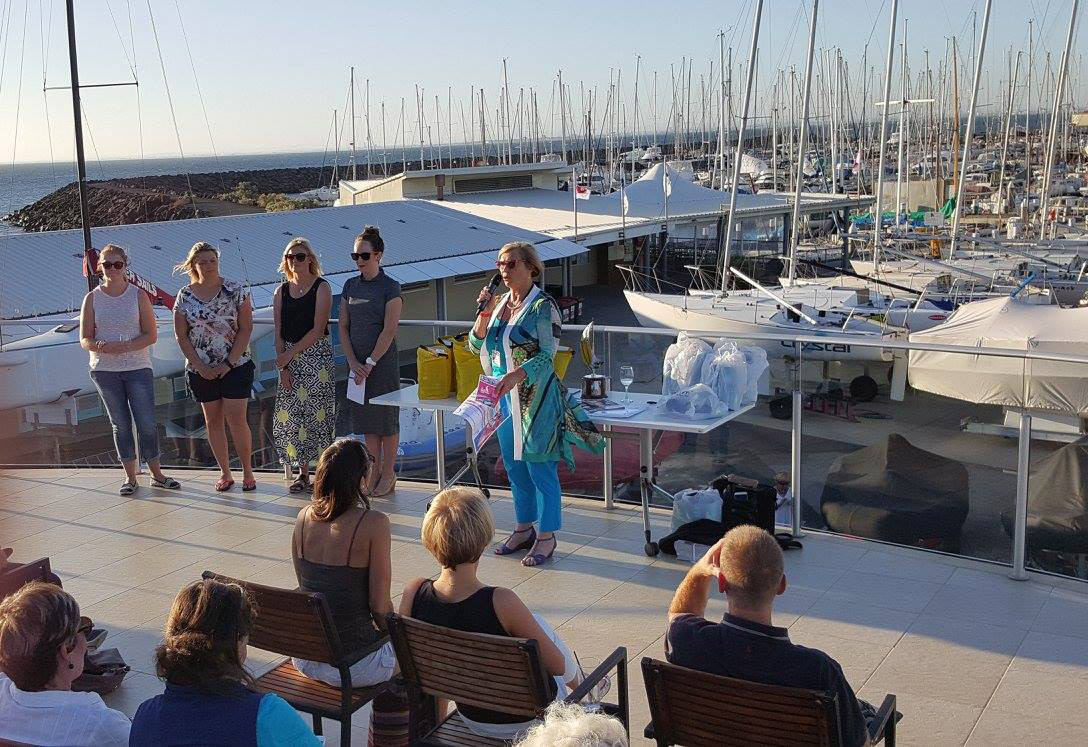 Launch of the Women in Sailing Challenge. Photo Regatta Media.

The Women and Girls in Sailing (WGIS) highlight regatta for racing keelboats, the Port Phillip Championship Series, kicked off yesterday, Friday 5th February, with the launch of the series being held at Sandringham Yacht Club. Not only did this launch cover the start of the series but it also provided a briefing for the first race, the Women in Sailing Challenge (WISC), to be hosted also by Sandringham Yacht Club, this Sunday the 7th February from 10am.

Megan Aulich, committee member for the WISC and the WGIS, was pleased with the turnout of the launch and in such is excited to compete in the series this year:

“Given we didn’t ask for an RSVP to this event we weren’t sure how many would come to the launch. We are very happy with having a representative from nearly all boats here. Seeing the turnout makes me proud to be a part of such a program and also makes me excited to get out on the water for some intense competition.”

This Sunday’s start line for the Women in Sailing Challenge will see 17 boats across both the cruising and racing divisions all compete for the Dorris Little Trophy. Tim Little, husband to the late Dorris Little, was there to welcome this event:

“Dorris used to seek out women who wanted to sail and get them involved in this event. She pushed for equal opportunities in sailing to everyone. For those that are new to sailing: get to enjoy it, love it and get involved in the whole deal. You will love it.”

Rosie Colahan, former President of the WGIS, Event Coordinator and founder of the PPWCS, celebrated the launch of the fourth year of the Port Phillip Women’s Championship Series with a recap of the formation of the program:

“The Women and Girls in Sailing committee was established in 2012 with the aim of increasing participation of women in sport. It was noticed that there were already a couple key regattas that pushed female participation so in 2013 we created the Port Phillip Women’s Championship Series and it has been growing ever since.”

This year there will see many boats return to vie for the WISC and PPWCS podium. PPWCS regular, rising superstar sailor and helm of 11m ‘Frenzy’, Steph Strong, is looking forward to the larger fleet numbers and being able to battle it out on Port Phillip Bay:

“We have some tough competitors out there but we enjoy sailing as a team and enjoy the atmosphere this regatta creates so we’re very excited for Sunday. We would be happy to finish in the top 3 of AMS again this year; maybe even a step up from our 3rd (place overall) last year!”

Along with CEO of Yachting Victoria, Steve Walker, also in attendance was Debbie Parker, current President of the WGIS. She was pleased with the outcome of the launch and hopes the series will maintain the same momentum:

“Given it’s quite close to the Festival of Sails we were weary on if we would attract the numbers, but from the turnout here it seems everyone is ready and rearing to go. I look forward to getting out and being a part of this event again.”

Like any regatta this would not be possible without volunteers and sponsors for both the WISC event and the PPWCS. PPWCS sponsors include Yachting Victoria, Blair Shipwrights, North Sails, Custom Yacht Covers, Club Marine and Kingston Trophies. The WISC series would also like to thank Rawk&Wood, Mandy Jackson Nutrimetics, Musto and Vioir.