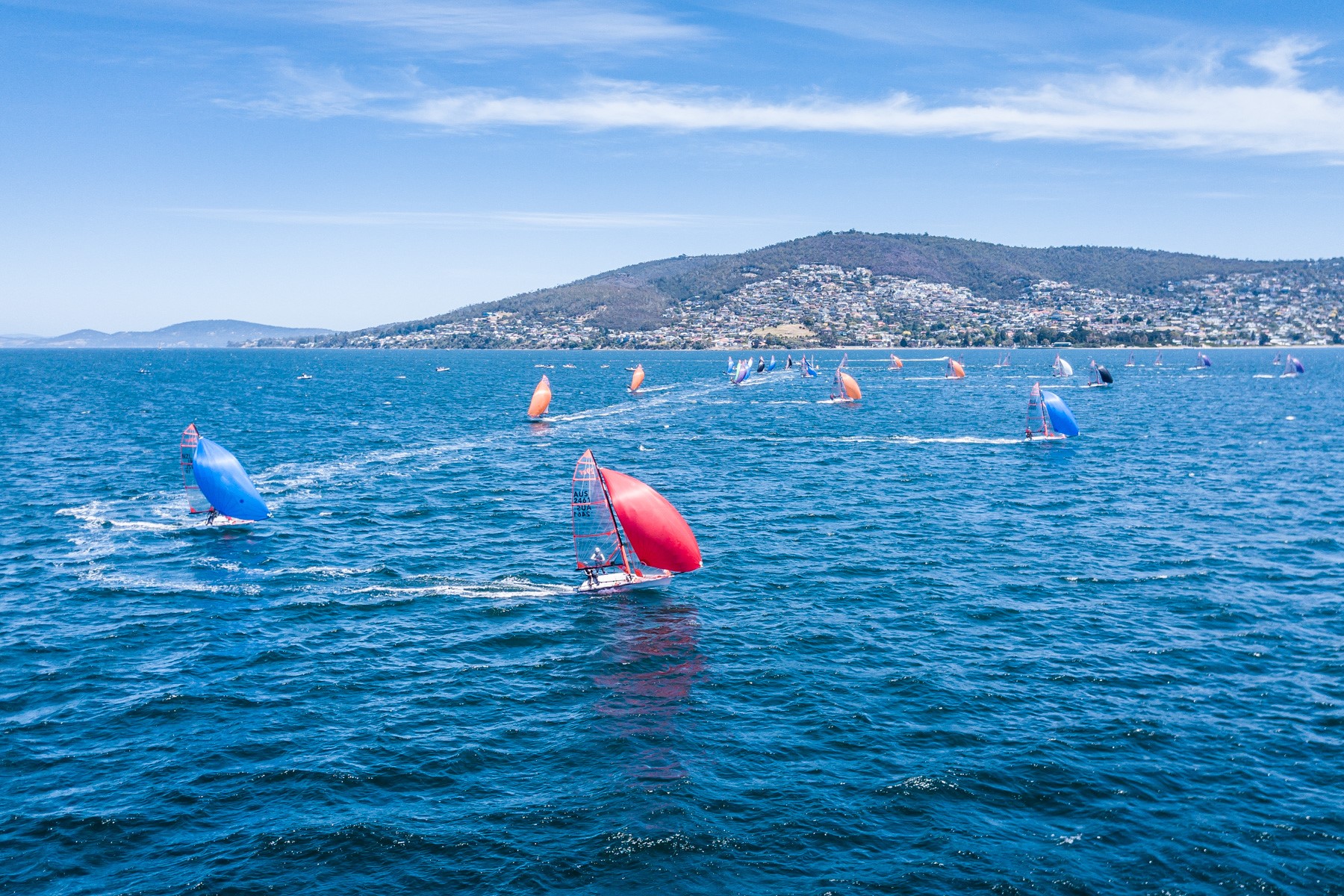 Hobart’s River Derwent turned on perfect sailing conditions for the penultimate day of racing in the Australian Youth Championships, warm and sunny with a constant 18-22 knot sea breeze.

The sailors responded with exhilarating displays of close competition, providing a spectacle of sailing from Sullivan’s Cove down to Taroona, highlighted by the colourful mainsails of the Bic Techno sailboards and 29ers, along with the spinnakers of the 420s.

Down the river more than 60 Laser Radials and 4.7 swarmed across the river between the Garrow Light and Cartwrights Point.

At the end of the day in this great regatta, supported by the Australian Maritime College, the winners were big grinners; most classes consolidating their grip on a potential victory from today’s final two races.

Sydney sailors Archie Cropley and Max Paul (NSW) swept back to the top of the leader board in the 29er skiffs with three bullets. They are looking unbeatable, with an 18-point net gap on nearest opponents and MHYC mates, Lachlan Brewer/Flynn Twomeyo ended the day with 4-3-4 results.

Tasmanian lads Oscar O’Donoghue/Rupert Hamilton (Tas) finished the day with an excellent 2-4-3 to be fifth overall.

Alice Buchanan and Dervla Duggan (Tas) are 12th in the Open standings and have a commanding margin in the Girl’s’ division.

Alice comes from a sailing family, but Dervla is a more recent recruit. “I used to be a dancer, an Irish dancer,” Dervla said, explaining that she was asked at school to try some sailing.

“So we hopped into a Pacer at school sailing and now we’re here,” she told the ABC in an extensive interview aired on Sunday morning.

World Laser Radial champion Zac Littlewood (WA) won three out four races to make it six so far, giving him a firm grip on yet another title.

In the Bic Techno Plus sailboards both Hamish Swain (Qld) and Grae Morris (NSW) each had two wins today and are two points apart.