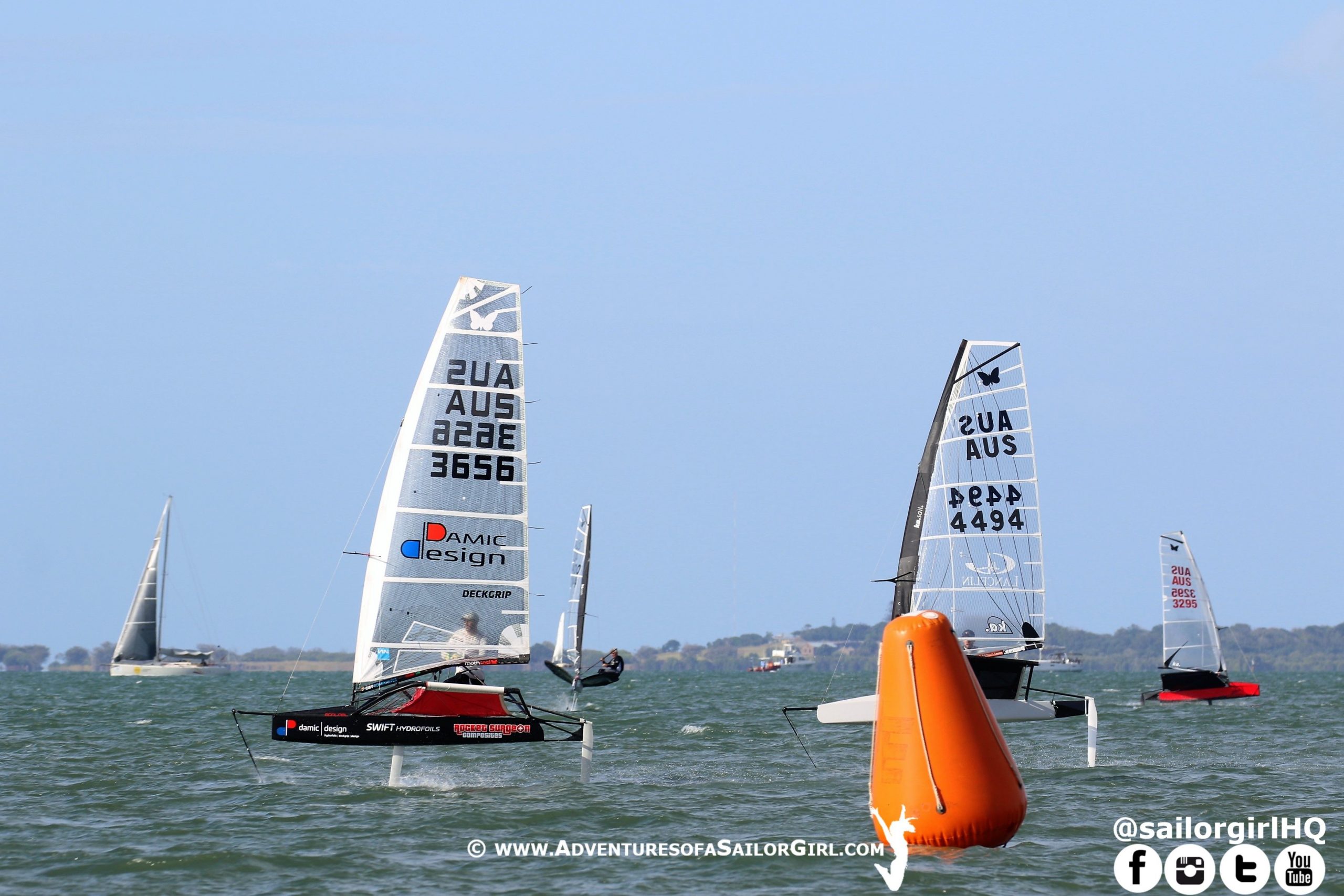 McKnight dominated the Australian Moth National Championship sailed from Royal Queensland Yacht Squadron last week, dropping two sixes from 14 races, with a net score of 20 points. He raced a home built boat, with the new deck-sweeper mainsail configuration, which definitely proved to be more than on the pace.

Second place was Luka Damic (34), on one of the oldest boats in the fleet, with some of the newest foils, also built by the operator and aptly named Swift Hydrofoils by Damic Design. Third was the designer of the Mach 2 boats, Andrew McDougall (40), and he loved proving that he could keep up with the newer designs.

For the first time in some years, the Exocet boats were not the design to beat, so it will be interesting to see what developments each of the crews work on in the lead up to the World Championship which will be held out of Mounts Bay Sailing Club in Perth, Western Australia in December of this year.