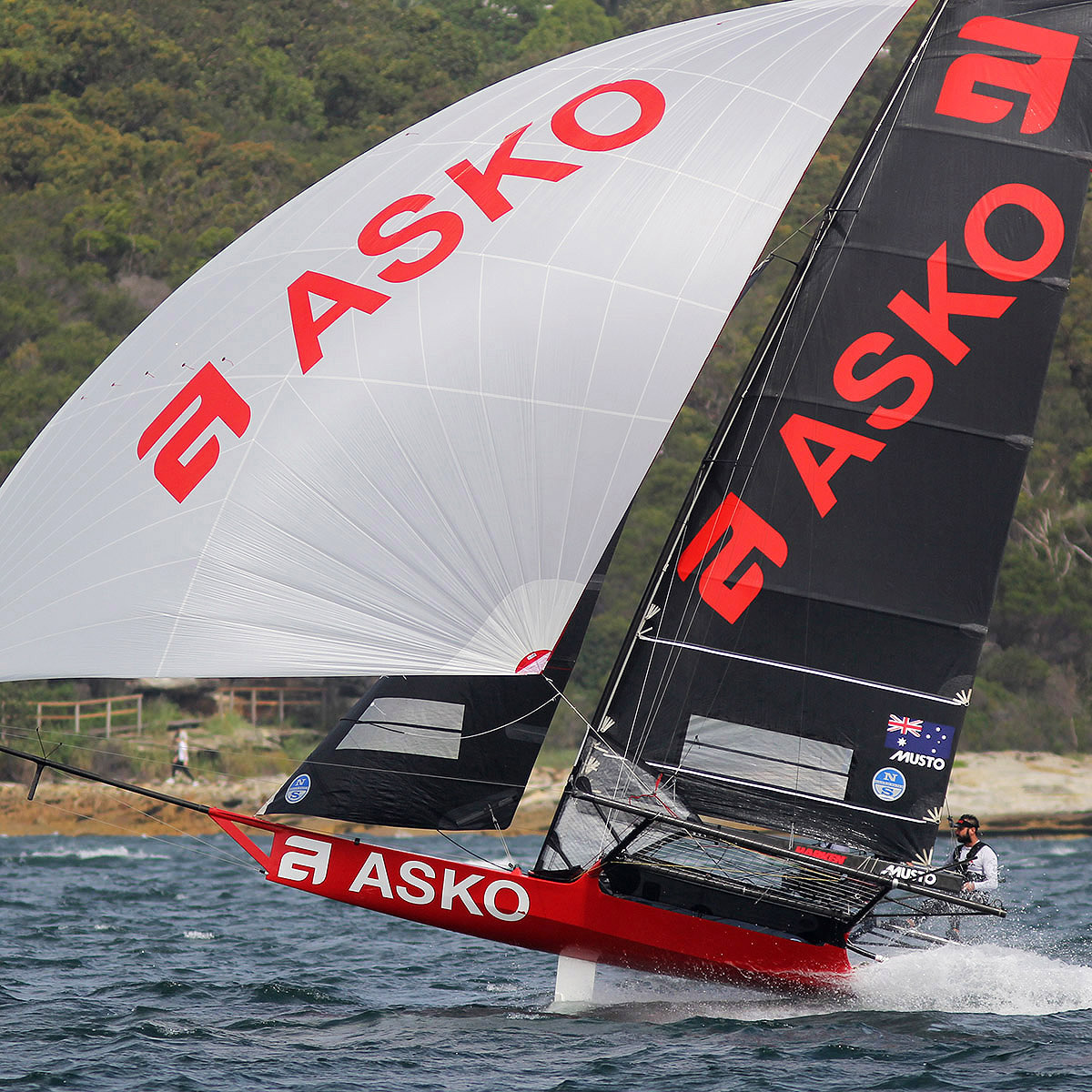 The Asko Appliances 18ft Skiff team became the 2018-2019 NSW champions after scoring a win and a second placing in the final two races of the championship which were sailed in a 15K south/south-east wind on Sydney Harbour today.

Skipper James Dorron and his crew of Harry Bethwaite and Steve Thomas proved too consistent on the day for their main challengers for the title and Asko Appliances deserved the win as the team was the only one to win two races in the five-race series and finished on 9 points.

John Winning's Yandoo was fourth on 20 points, followed by Bing Lee (Micah Lane) on 27 and Vintec (Kirk Mitchell) on 30 points.

In the first of today's two races, (re-sail of Race 2) Finport Finance took an early lead over Smeg on the first windward leg, but Smeg's speed took her to the lead on the downwind leg to the bottom mark.

On the second lap of the course, a change came over the leading group, when Asko's team elected to go to the left side of the course on the spinnaker run, and the move was a winner.

It was this leg that brought the Asko Appliances back into contention and enabled the skiff to go on and win the race from Finport Finance and Smeg.

At the finish, Asko Appliances defeated Finport Finance by 9s, with Smeg another 8s back in third place.

Going into the final race, Smeg and Asko Appliances were equal on 7 points (net).

Finport Finance, on 12 points (net) was the only other team with a realistic chance of winning the title, but it would be a slim chance.

The expected match race between Smeg and Asko Appliances never eventuated as Smeg lost all hope with a disastrous start while Asko was up close to the lead.

Finport Finance's crew quickly had their skiff in the lead and, with some great boat handling skills in the southerly wind, were able to retain the lead over the entire three laps of the windward-return course.

Asko Appliances was in second place behind Finport, and with Smeg well back, her crew seemed intent to safety rather than risk losing the big 'championship win' prize.

The action in both races was spectacular and non-stop.

While the top three teams dominated much of the racing there were some very good efforts throughout the fleet.

Finport Finance's winning margin over Asko Appliances in Race 5 was 45s, with third placed Vintec a further 1m10s back.

The Australian 18ft Skiff Championship, to be sailed over nine races, begins next Sunday on Sydney Harbour when two races will be sailed, and will conclude on Sunday, February 17.

The JJ Giltinan Championship will be sailed on Sydney Harbour from March 2-10.