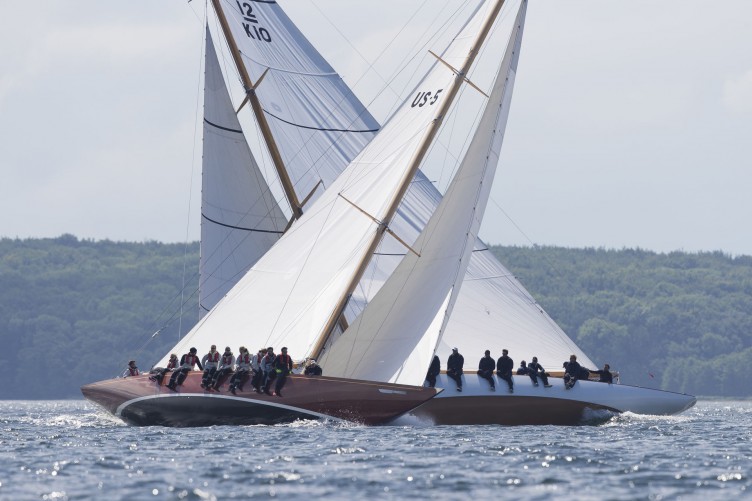 Eleven 12mR yachts took part in their “Robbe & Berking 12mR European Championship” on the Flensburg Fjord until last Sunday. The oldest participant was “Heti” from Hamburg, built in 1912, the youngest participant was “Kiwi Magic” that belongs to a Scandinavian owners' association today.

In addition to spectators and photographers from around the world, the sailing teams were accompanied by nine painters of the North German Realists who watched and portrayed the happenings from different accompanying boats. The paintings created there on the spot will be presented at the Robbe & Berking Yachting Heritage Centre in Flensburg from July 21 until the end of October this year. (www.classic-yachts.com)