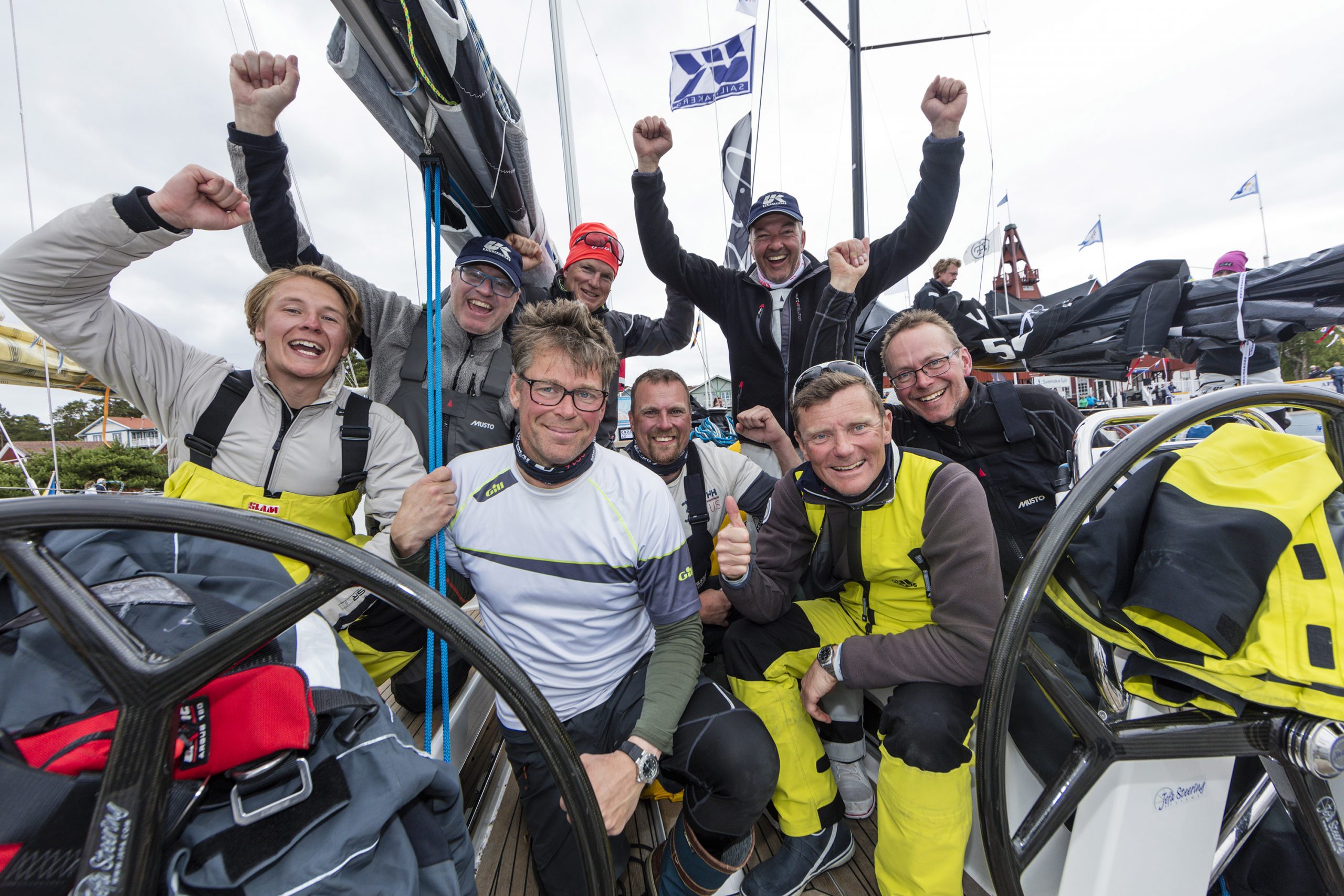 Imperiet II is the overall winner of ÅF Offshore Race – round Gotland 2017. Early Wednesday morning it was clear that none of the boats behind would be able to catch up.

The boat from Stockholm with skipper Paul Nord and crew arrived in Sandhamn early Tuesday evening, 52 hours and 43 minutes after their start in Stockholm. There was a long waiting for the final result. When Paul Nord realized that he was total winner on corrected time the skipper made a big smile.

“Our ambition was set high: We should do our best achievement ever together as a team. We focused all the time on how to take the next wave and then the next one. The discussions and the united decisions we made have been rewarded. That is the important thing, not the result itself but how we got there.”

For the crew on board the winning boat, sailing is about three things: Boat speed, boat handling and a little bit of luck. With partly new crew with among others some from the old Imperiet gang and some from the boat Boxer finally there was victory.

“We thought that the time should take us far in the race, but in sailing so much can happen. It is absolutely amazing that we managed to get the total victory,” Paul says and continues:  “The goal is always to have a good race together as a team. We have made a good achievement, good sailing and we feel that we delivered. It was extremely nice sailing with strong winds and good speed. The feeling to round Hoburgen after tough tacking was fantastic.”

Total second was Furiosa from Estonian, a Cookson 50 from the Big Boat class. Third was Absolute Blue, Swedish, First 40,7 in SRS A.