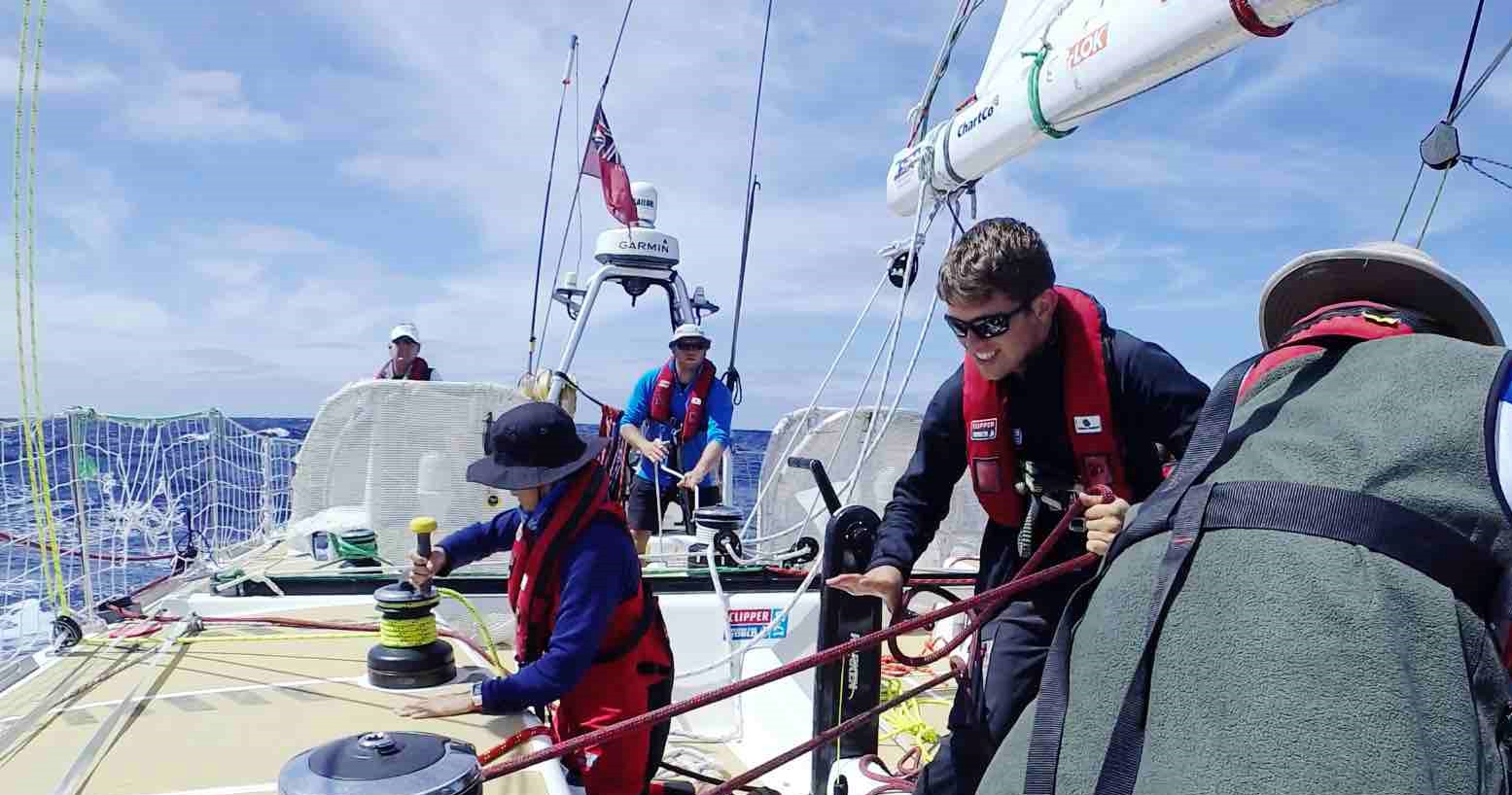 Light wind sailing on the Clipper.

Light wind tactics remain the central theme on the tenth day of Race 10: The Garmin American Challenge as teams seek to maintain the best possible course ahead of an upcoming wind hole off the coast of Mexico.

At what could prove to be a pivotal point in the race, PSP Logistics, which headed furthest inland, has opted to enter Stealth Mode. Whilst the Clipper Race Office will continue to receive its position updates, these will not be broadcast for 24 hours.

PSP Logistics is the first team to enter Stealth Mode during Race 10 and explaining the decision, Skipper Matt Mitchell said: “Thinking that being in a drag race is never going to wor We've decided to head inshore to better current and hopefully better wind where I'm also hoping over the course of the next few days we can close the gaps as we should keep the breeze for longer.

“By now we'll be in secret squirrel mode (Stealth Mode), mainly because no one will know how badly…or well we are doing, for a while at least!”

The biggest question for the mid-fleet teams is whether to opt for the Scoring Gate or seek further breeze from the coast inshore. Although Scoring Gate results will be confirmed after the third team has passed through the gate, the Race Viewer suggests that Qingdao and Visit Seattle could be set to scoop some points, but according to Dale Smyth, Skipper of third placed Dare To Lead, third Scoring Gate place is still very much for the taking. He explains: “The wind has remained fairly stable all day but has moved immediately behind the direction we are going which forces us to either gybe inshore or offshore.

“We decided to not go for the Scoring Gate because lying in third position would only give us one point at the gate and we would rather focus on good velocity to Panama with less risk.”

The upcoming wind hole has been playing on each of the Skipper's minds but the pressure is on for leading team Qingdao to maintain its position as the fleet is likely to compress further. Skipper Chris Kobusch reports: “The weather forecast looks light and fluky for the next few days and this might reshuffle the leaderboard and overall race standings in the Garmin American Challenge. Hopefully we will have a little bit of luck and not run out of wind entirely. Time will tell.”

Across the fleet many teams have been able to re-hoist repaired sails just in time for the light wind patch and although HotelPlanner.com suffered further damage to its Code 1 (lightweight spinnaker) yesterday, morale remains high as the team maintains a strong position on the leaderboard.

The good news for the fleet is that the forecast now suggests that the breeze may be set to pick up sooner than first anticipated. Clipper Race Meteorologist, Simon Rowell, explains that the wind hole, which is due to set in for the fleet from today, may not be as light as first forecasted. In about three days' time, the ridge should be pushing south with some wind in between it and the mainland – something of which the fleet culd take advantage.