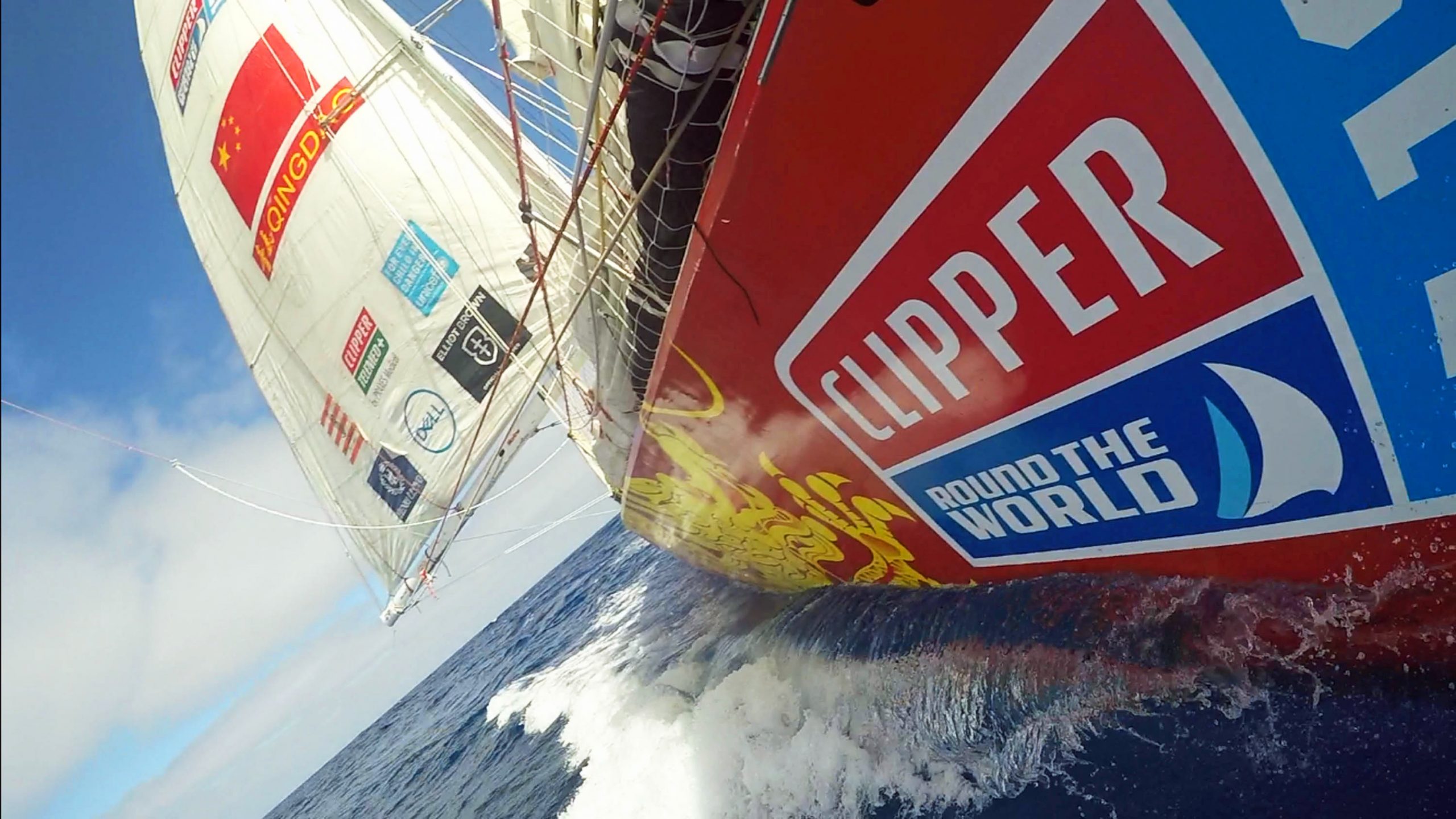 Day 9 dawned with the news that the first points of Race 10: The Garmin American Challenge had been awarded, though the Elliot Brown Ocean Sprint advantage did come at a cost to some.

Dare To Lead collected the maximum three bonus points on offer after completing the Elliot Brown Ocean Sprint in 18 hours and 14 minutes. This was 23 minutes and 2 seconds faster than its nearest rival, Sanya Serenity Coast.

Dare To Lead Skipper Dale Smyth says: “We are very happy with this as we were worried at the time that we had made a sacrifice that was not worth it. But we still managed to keep our overall race position in the process.”

It was a different story for the seventh placed Sanya Serenity Coast. Despite collecting two crucial bonus points for being the second fastest boat, just 10 minutes and 35 seconds quicker than Visit Seattle, which collected one point, Sanya Serenity Coast Skipper Wendy Tuck comments: “We got a second, so that makes me happy that we did carry on with it, but it just still cost us too much position wise, so still working hard to make up that time.”

She adds: “It's been a lovely day's sail and now that it is dark, the wind has decided to make life just that little bit harder. It is shifting around quite a bit which makes it harder for the helms trying to keep us going well whilst under kite.”

Qingdao may have missed out on collecting any bonus points in the Elliot Brown Ocean Sprint, but Skipper Chris Kobusch has reflected on the decision to sacrifice the sprint in order to remain on top of the leaderboard. He says: “Visit Seattle and Dare To Lead are chasing us and we have to hope that they won't overtake us, as we gave up the Elliot Brown Ocean Sprint to avoid exactly that and both boats got points there.

“We are getting closer and closer to the Scoring Gate and as we are approaching, the wind is not only dying down a bit, but also backing more and more. We are now not able to make it on one tack.”

Qingdao is not the only team watching the change in conditions closely. With light and variable winds to dominate much of the rest of the week, Matt Mitchell, Skipper of the fifth placed PSP Logistics, comments: “We have just under 1,000 nautical miles to go until the Scoring Gate and there looks to be some big tactical decisions to make in order to get there. I'm really hoping we can start clawing back the miles that we have lost over the last few days.”

What all the teams will be looking to avoid is the giant wind hole forming off the southwest coast of Mexico. Unicef Skipper Bob Beggs believes the wind hole could shake up the leaderboard, saying: “We are also due to sail towards our first proper wind hole of the race and I'm sure positions will change as always. It looks like a formidable barrier on the weather grib files, and as we continue our journey south, there will be many more to come.”

As well as providing some thrilling racing, the US Coast-To-Coast Leg 7, which is made up of two races, Race 10 from Seattle to Panama and Race 11 from Panama to New York, will also enable the Clipper Race crew to take part in some pioneering scientific research. Visit Seattle has been fitted with a special sensor for Leg 7, which will monitor the effects of ocean acidification around the US Coast.