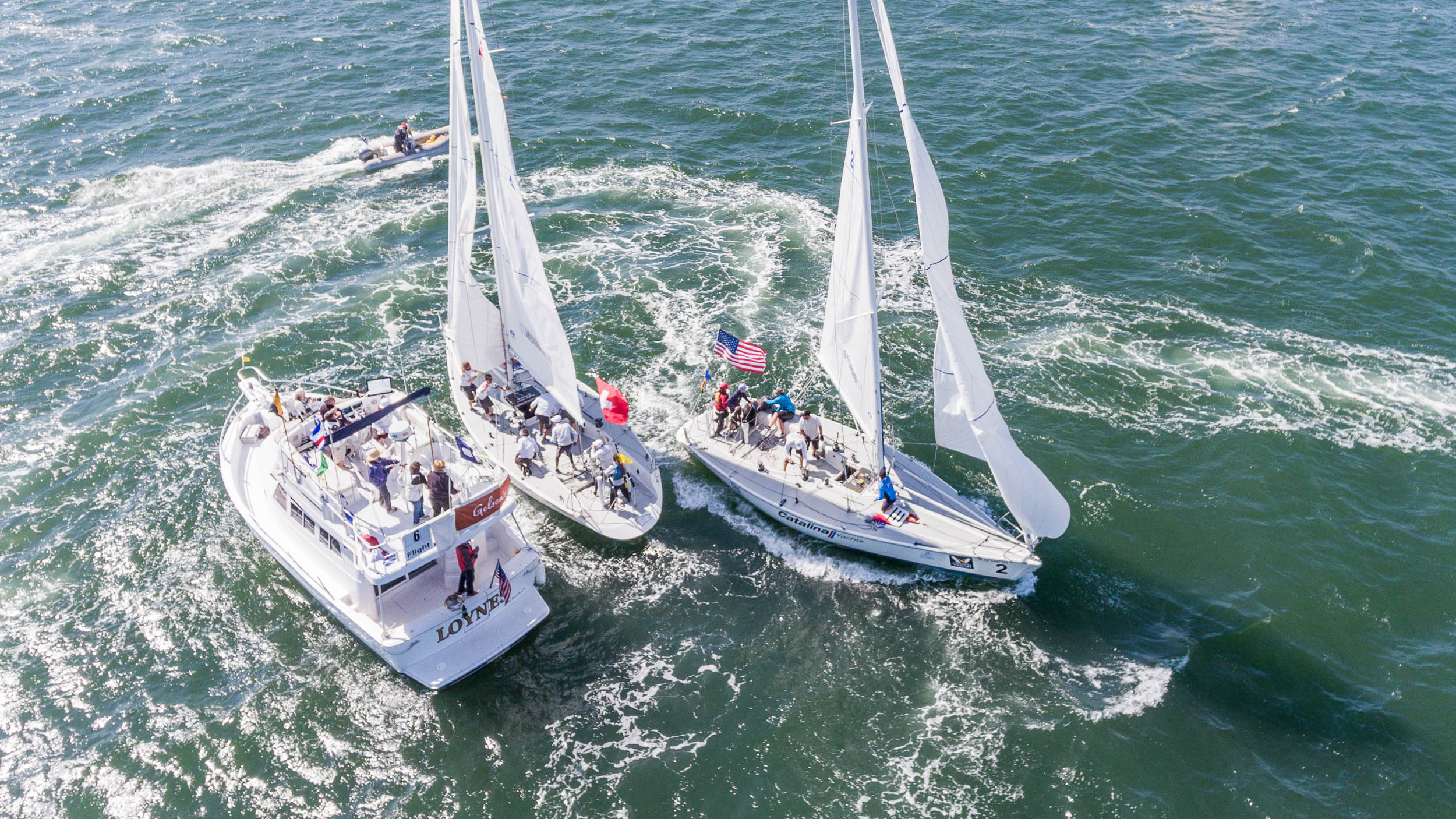 In France they call it a “Repêchage.” In America it’s known as a “do-over.” And today, in the world of top-level match racing, it was called “redemption.”

Ian Williams (GBR) – who finished at the bottom of the pack in last year’s Congressional Cup – was off with a vengeance today, winning all of his matches in the Repêchage on day three of this 53-year institution.

Six-time Match Racing World Champion Williams shockingly finished last in the 2016 Congressional Cup, earning the consolation prize: a copy of Arthur Knapp Jr.’s book “Race Your Boat Right.” At the time, he swore his team would return to Congressional Cup this year to “redeem themselves” and that they did: with a stunning streak of seven wins against his top-ranked rivals in today’s series.

“The guys did a great job, we had good speed all day. That kept the pressure off, and our noses clean,” explained Williams, who added they were glad for the extra practice time on the boats.

Steele returned to the course this morning promising to race, “a little more aggressive, and a little less forgiving,” and ended the day, “feeling very confident.”

After two days of Qualifying, frontrunners Johnie Berntsson (SWE), Taylor Canfield (ISV), Phil Robertson (NZL) and Sam Gilmour (AUS) had secured their spots in Saturday’s Quarter Finals. They got a day off in sunny California, where Congressional Cup racing continues through Sunday April 2.

But the other eight contestants were left to battle it out for the final four berths in the Repêchage: a trial heat which gives first-round losers a last-ditch chance to qualify for the Quarter Finals. Harry Price (AUS), Nicolai Sehested (DEN), Eric Monnin (SUI) and David Storrs (USA) were eliminated in matches sailed in “classic Long Beach conditions” – steady westerly breeze averaging 14 knots. And although Storrs was skunked in the Repêchage, his Pequot Racing Team won in the Junior Congressional Cup: skippered by LBYC junior sailor Trent Turigliatto with Alex Curtiss as crew.

The Congressional Cup is part of the World Match Racing Tour (WMRT), an intense round-the-world circuit which kicked off earlier this month in Perth, Australia and concludes in China in the Autumn.

The first four to reach three points will advance to Semi Finals: vying for the Congressional Cup and coveted Crimson Blazer – an honour bestowed on the top names in sailing over the years, including Dennis Conner, Ed Baird, Ted Turner, Dean Barker, Ken Read, Gavin Brady and more.