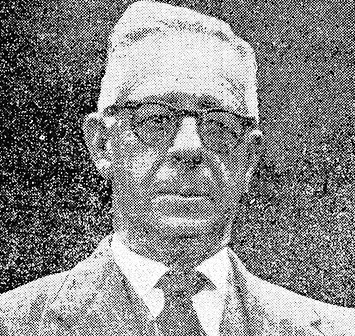 William ‘Bill’ Fisher was a foundation member of the 18 Footers League and sailed his boat Australia in the Club’s first race.

After coming to the new League from the Sydney Flying Squadron (SFS) following a split between the SFS and competitors, he occupied all the official positions in the Club. Fisher was Commodore, Vice Commodore and Rear Commodore, before becoming President for a period of 22 years between 1940 and 1962 and was Patron when he died on February 2, 1968.

Before coming to the League, Bill sailed 6ft, 10ft and 16ft boats at various clubs then 18 footers at the Sydney Flying Squadron.

In January 1931, Bill came within 20 seconds of winning the 1930-31 Australian Championship in his first Australia boat.

When he came to the League, Bill sailed on alternate days only to enable him to continue his launch service from La Perouse to Kurnell.

The sailor won many championships at the SFS during the 1920s and early 1930s, before switching to the League. One of the most notable wins with Australia was in February 1930 when he competed in the annual Queen of the Harbour race.

In the race, Fisher had a Miss Casey as a passenger, because she had raised money for a hospital charity. The most successful money-raisers were allowed to sail in the race in a boat of their choice.

The female on the winning boat received a free motor car.

According to reports, Miss Casey arrived in an elaborate white sailing costume and offered Bill Fisher ten pounds to win the race.

The usually placid Fisher let her know that she was not at Randwick Racecourse and that the skipper of an 18 footer never needed encouragement to win. He always wants to win – every time!

Fisher had ‘predicted’ a strong southerly wind was coming and had his Australia rigged with sails smaller than the rest of the fleet.

When the southerly buster hit the fleet, Fisher was trailing but took full advantage of the blow to come from behind and win the race, so Miss Casey got the motor car!