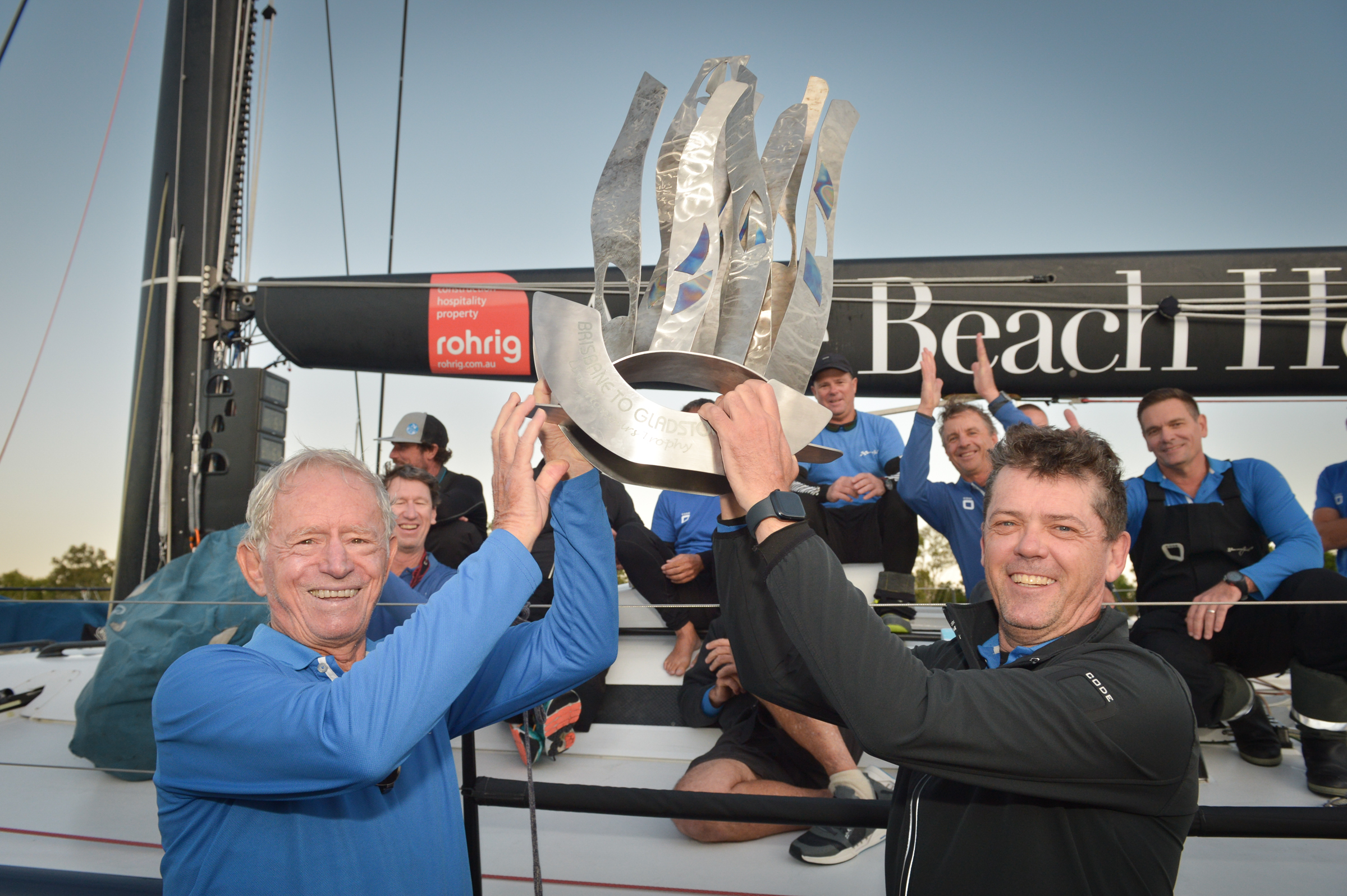 Peter Harburg and Mark Bradford with crew after breaking the record

Philip Turner’s Alive, skippered by Duncan Hine, crossed the finish in second place in the time of 17 hours, 3 minutes and 48 seconds.

As at 12pm Saturday, five of the 37 race fleet starters had crossed the finish line: Stefan Hair, Ichi Ban and Celestial.

Two race yachts were forced to withdraw during the race, Not A Diamond due to a broken rudder and Ignition because of a broken forestay. A third yacht, Crankster was delayed at Caloundra dropping an injured crew member off for medical treatment but was back in the race shortly after.

“Those crews who have finished reported wind conditions were stronger than expected as they sailed through the night, reaching 25 to 30 knots at times,” he said.

In the race hosted by Queensland Cruising Yacht Club (QCYC), the coveted prize is the Courier-Mail Cup, awarded to the overall winner and Alive is currently the leader. .

The Brisbane to Gladstone Yacht Race is steeped in history and was first ever sailed in Easter 1949 where seven vessels took part. Two carried radios while Brisbane’s Homing Pigeon Club supplied pigeons for the other competing vessels.