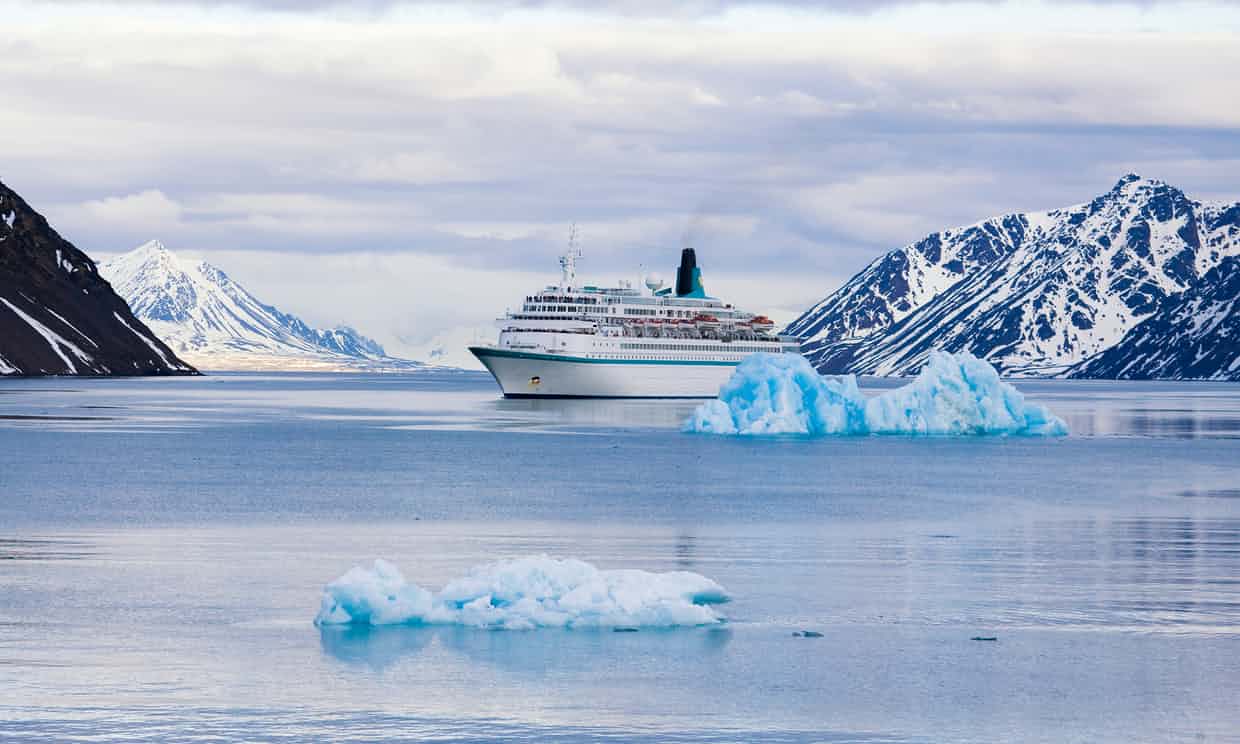 The Guardian. By Rowan Moore.

A special kind of shock comes with the shooting of a polar bear. Their magnificence, their appearance of cuddliness, their ferocity, their vulnerability, their anthropomorphism – all combine to make the death of a single male, at the hands of guides for a tourist cruise ship, worldwide news.

The internet hummed with denunciation. It is hard to think of another creature, even one more endangered, whose loss would cause so much reaction.

Then there is a second shock, with the accompanying realisation that cruises to fragile wildernesses are on the rise. Eighteen ships were due to dock last week in the small port of Longyearbyen, the main town of Svalbard, the archipelago where the bear was shot. Hapag-Lloyd Cruises, the company whose ship MS Bremen was involved in the incident, is launching another two next year, the Hanseatic Nature and the Hanseatic Inspiration, to exploit the growing Arctic market.

These will take around 200 passengers each, a number that already makes an “expedition”, as they call it, into a mass-produced experience. In 2016, to the dismay of environmentalists, the 1,000-passenger Crystal Serenity became the first cruise ship to navigate the Northwest Passage. Its owner, Crystal Cruises, is planning to launch a “polar-class megayacht” next year.

This feels wrong. It is contradictory to thrust these floating towns, with the pollution and disruption they entail, into places whose beauty is in their pristine solitude. It adds a new front to the war that has been fought in Venice for years over the floating, multistorey hotels that impose themselves on the very views that attracted them to the city in the first place. As the global cruising business grew by 4% in 2017, and by 20% in the five years before that, such struggles will only intensify, and in more locations.

At a personal level, the news of the shooting gave me pause. I had recently returned from Svalbard, including the Sjuøyane islands where the incident took place, as part of a residency of artists and writers aboard the tall ship Antigua. We thought ourselves good people, concerned about the environment, uneasy about the air miles that had got us there, hoping that our visit could contribute in some modest way to our understanding of the Arctic. We voyaged under sail when possible, rather than with the diesel engine, and gathered washed-up rubbish from the beaches as we went, as you are encouraged to do.
Continue reading at The Guardian.