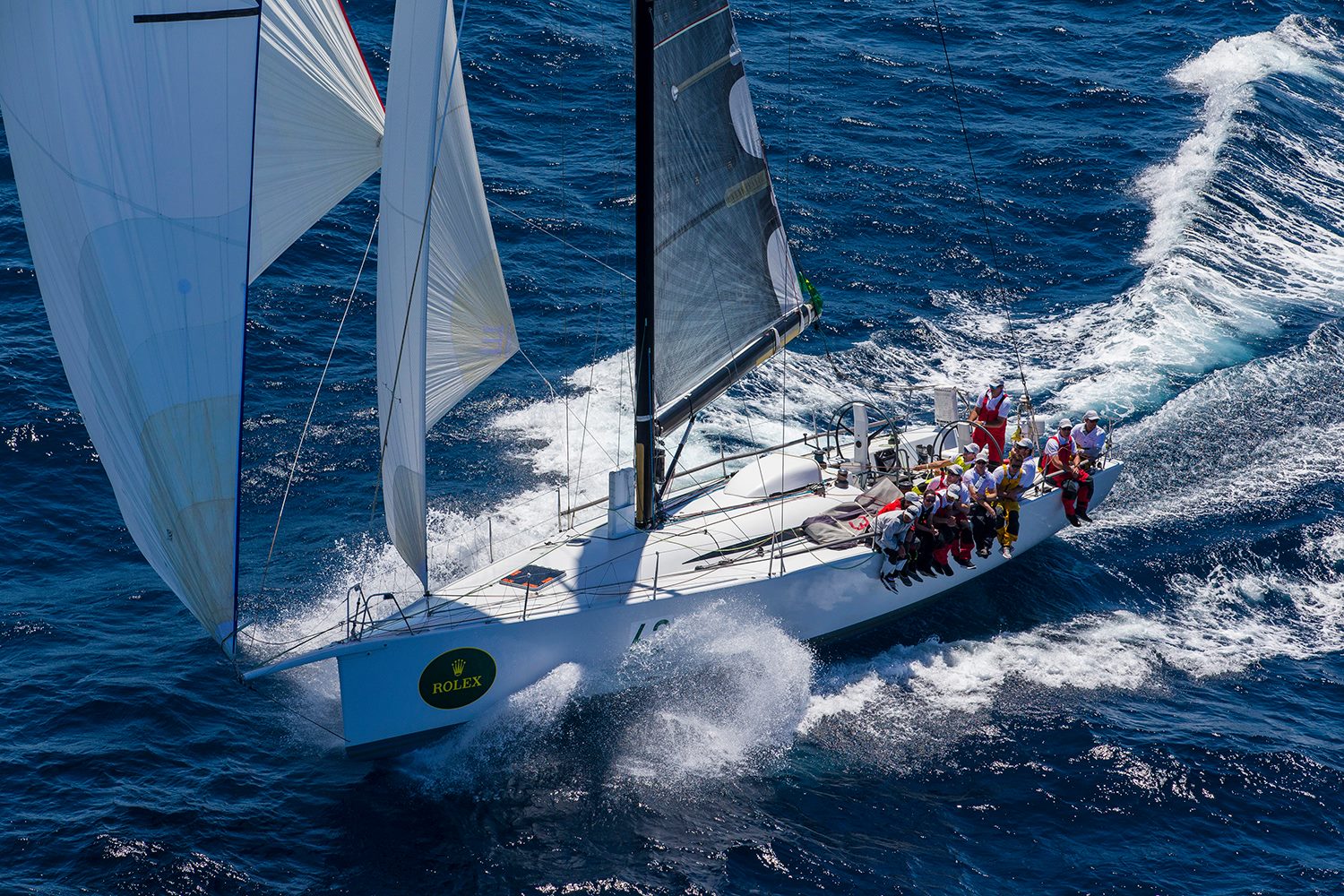 As dawn broke on the second day of the 2016 Rolex Sydney Hobart Yacht Race, eight-time line honours winner Wild Oats XI had stolen a march on the rest of the fleet. Crossing ahead of nearest rival Pepetual Loyal during the middle of the night, she had found her way through the light southerlies of a cold front and was beam reaching at just under 20 knots of boat speed in moderate south-easterly winds. At 6am she was 70nm south-east of Gabo island.

Only a mile ahead of Loyal when darkness fell and further inland than her rival, Oats was now in a dominant covering position between Loyal and Tasmania and 7.7nm closer to Hobart.

Peter Harburg's Volvo 70 Black Jack also had a good night, moving up to be just 1.5nm behind Loyal. Built for the downwind sleigh rides of the Southern Ocean, she revelled in yesterday's north-easters. The other Volvo boat, Giacomo, was locked in a close tussle with Bea Geste a further four miles astern.

In the battle of the TP52s and the “money men”, Matt Allen's Ichi Ban is four miles ahead of Paul Clitheroe's defending champion Balance.

Incredibly, the first 24 boats were all ahead of Wild Oats' 2012 record pace. It would seem that the Oatley family's 100 footer will smash it's own record but there is still a minefield to negotiate, with winds already going much lighter off the Tasmanian coast. Should Oats sail into a hole, the boats behind could conceivably sail around her and reach the Derwent first.

Then there is the infamous Derwent “shut down”, where the winds die in the evening and don't kick in again until the following morning. There is still plenty of excitement left in this race.

Usually there are huge changes in the handicap rankings on an hourly basis but so far in this race they have been very consistent. The 50 footers are continuing to lead, with sister ships UBOX and Victoire holding first and third placings on IRC, split by “Robbo” Robertson's Bravo.

The battle for the Corinthian trophy, for all amateur crews, is an interstate rivalry with Tasmania's Cromarty Magellan leading South Australia's Enchantress  and After Midnight from NSW.

So far there have been only three retirements. Dare Devil and Patrice both broke their rudders while Freyja was the first to pull out after she shredded her headsail on Monday morning. All three are safely in port.