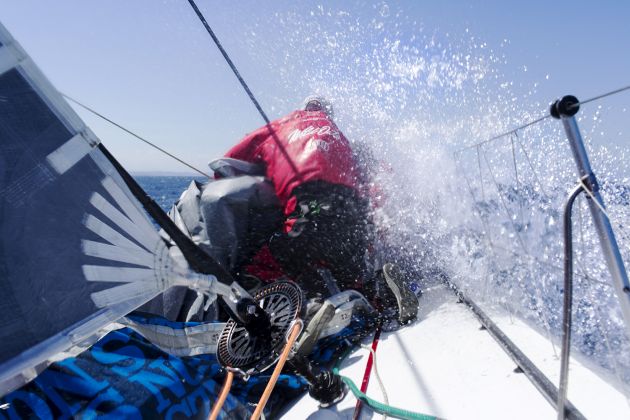 Yet, while the 30-metre long offshore racer stands as favourite for being first to finish in the 628 nautical mile classic that starts on Boxing Day, Richards knows it is not going to be easy to achieve a record ninth line honours in 11 starts.

“Our opposition, particularly Comanche, aren’t racing to come second,” Richards said. “That yacht, and the other big American entry, Rambler 88, are here for one reason: to claim top honours. And you can’t discount Perpetual Loyal or Ragamuffin 100.

“With Comanche, it’s a bit like the case of ‘beware of the wounded bull’. When they finished second to Wild Oats last year they declared they would not be back for two years. But they’ve gone away, got their yacht going faster, and are back to have another crack at us this year. That tells you something.

“The only thing for certain today is that it promises to be a great race.”

It could also be a testing contest on the first night out if the preliminary forecast proves correct. But even so, weather conditions on the latter part of the course might be conducive to the setting of a new race record time.

Specialist yachting meteorologist, Roger Badham, who has been forecasting for competitors in the Hobart race for more than two decades, says that the current weather outlook indicates there is a chance the fastest yachts could be at the entrance to the Derwent River – and just 11 nautical miles from the finish line off Hobart – in one day 14 hours. That would put the race leader well within reach of the time of 1 day, 18 hours, 23 minutes 12 seconds, set by Wild Oats XI in 2012. The average speed required to break the course record is just 13.3 knots, a mark easily achievable by the supermaxis.

While stressing it was still too far out from the race start to provide an accurate forecast, Badham said that once clear of the harbour the fleet would make a fast getaway heading south from Sydney until a southerly change swept up the NSW coast that night. The change would probably peak at around 30 knots and make for tough going for a few hours.

Wild Oats XI’s final training session off Sydney saw the crew test a massive new downwind sail which measures 965 square metres – 120 square metres greater than the wing area of an Airbus A380. They also compared its performance with that of another new, flatter downwind sail before the team went through all sail reefing procedures and the setting of storm sails.

Wild Oats XI will be taken from the water at Woolwich Dock on Tuesday for a final rubdown and hull check.