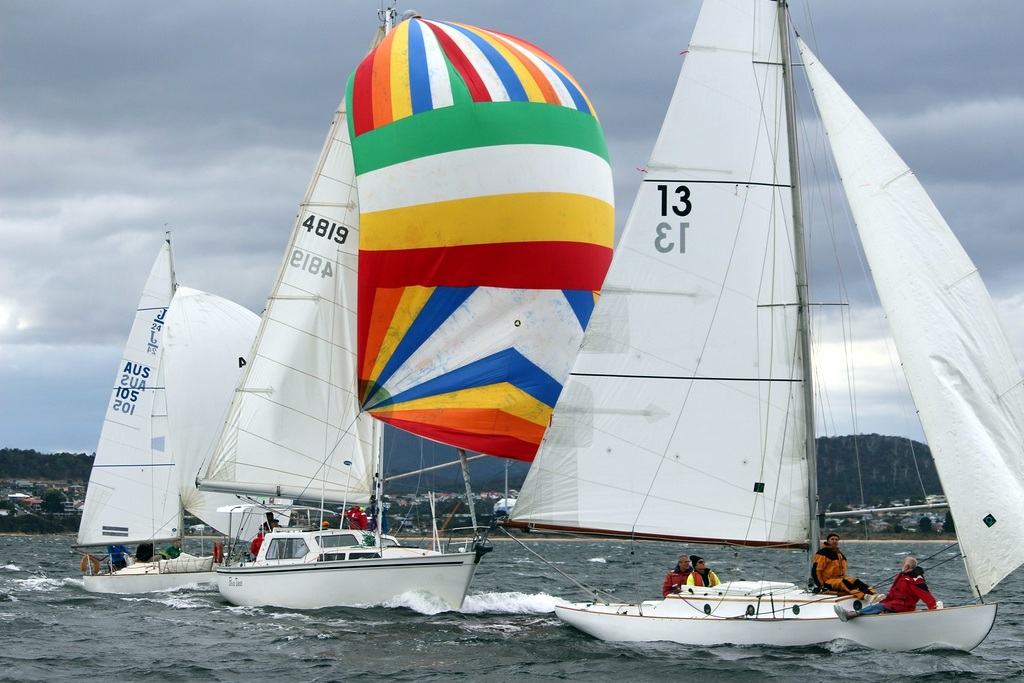 The 2018 Banjo’s Shoreline Crown Series Bellerive Regatta got off to a windy start on the River Derwent last evening, with a fleet of 55 keelboats sailing in a blustery nor’wester gusting to 30 knots.

Several yachts retired, including X&Y and the two Eight Metres, Juana and Juanita, while others had problems handling spinnakers.

X&Y, skippered by Toby Richardson, retired after a collision with the Crusader (Scott Sharp) in which X&Y’s boom vang was broken, rendering the yacht unsailable.

Subsequently, Crusader which had been provisionally placed first in Racing (PHS) was disqualified with first place going to Mustard Cutter (Scott Creedon).

Although Crusader made penalty turns, the protest committee ruled that because she caused serious damage to X&Y she was not entitled to take a penalty under RRS 44.1 (b).

On corrected times B&G Advantage won the AMS category from Whistler by seven seconds, but under IRC Whistler reversed the result.

Nineteen boats started in the Racing division, double that of last year’s regatta while the Cruising with Spinnakers entrants were divided into three divisions with results decided on PHS scoring.

The Cruising Non-Spinnaker division, Victoria Logan took out first and fastest around the course.