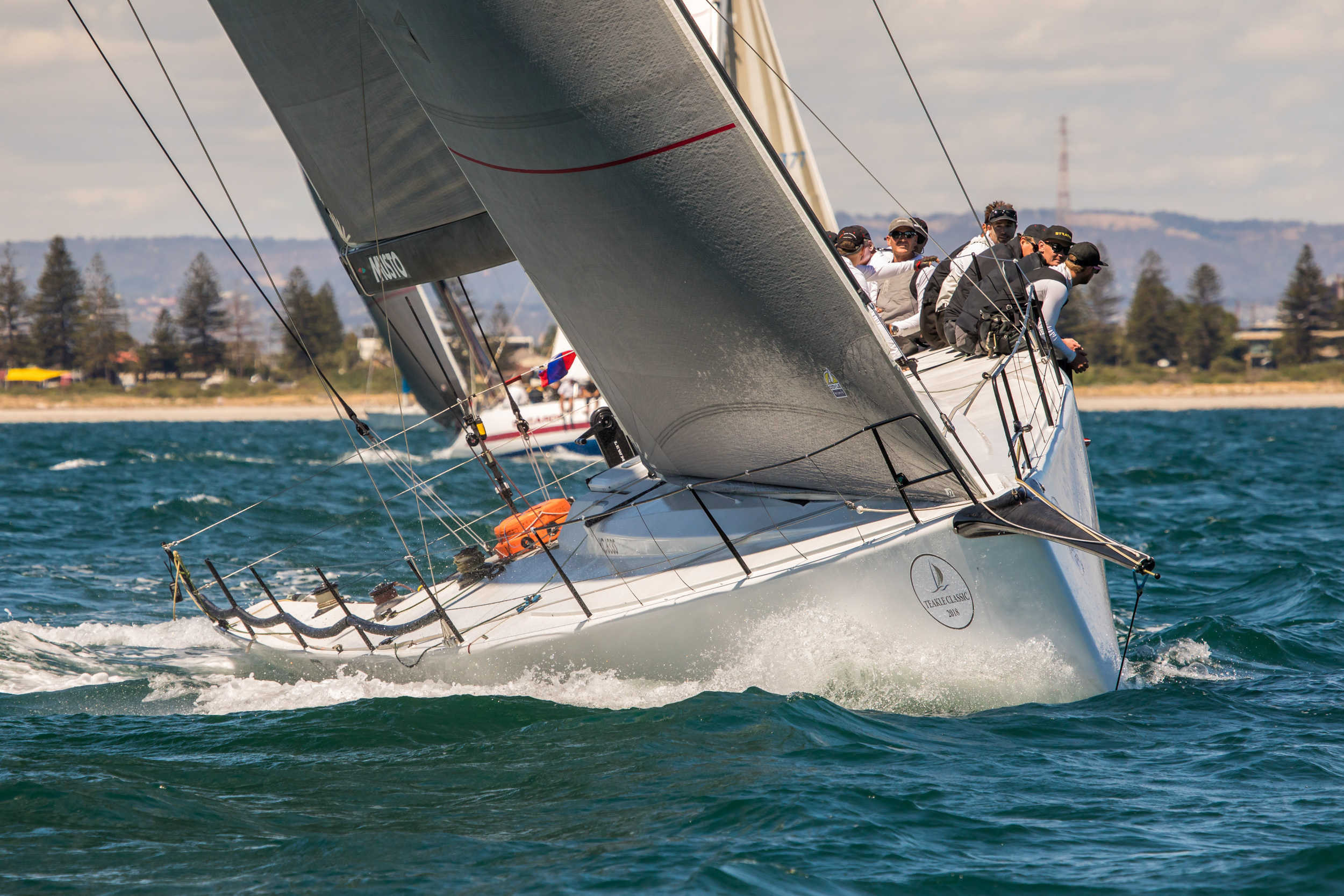 Sailors were pleasantly surprised ahead of the start of the Teakle Classic Adelaide to Port Lincoln Yacht Race today when a 15-knot afternoon sea breeze came up at just the right time.

Coming from the southwest, the fleet started in a good breeze and quickly tacked onto port, heading out towards Marion Reef on Yorke Peninsula slightly lower than the rhumbline.

As the race has continued over the last few hours the breeze has shifted slightly left towards the southeast lifting the boats closer to the turning point.

While the forecast was originally looking a bit bleak, the start to the race has been promising and may wipe a few hours off the finishing time.

After tossing onto port tack, the bigger boats in Secret Men's Business, Concubine, Shining Sea and Fresh quickly flexed their muscle and stretched their lead.

However, at 9pm, the early boats were around Marion Reef but only tracking at about six knots.

Before the race we caught up with Principal Race Officer Kevin Wilson, who said the forecast was very light and that if all boats arrived by mid-late tomorrow night it would be a positive.

We also caught up with Dylan Clarke, a former shore crew member from Oracle Team USA sailing with his father on Port Lincoln boat Fresh for the first time.

In the meantime, you can download the YB Races app and track the boats' locations.