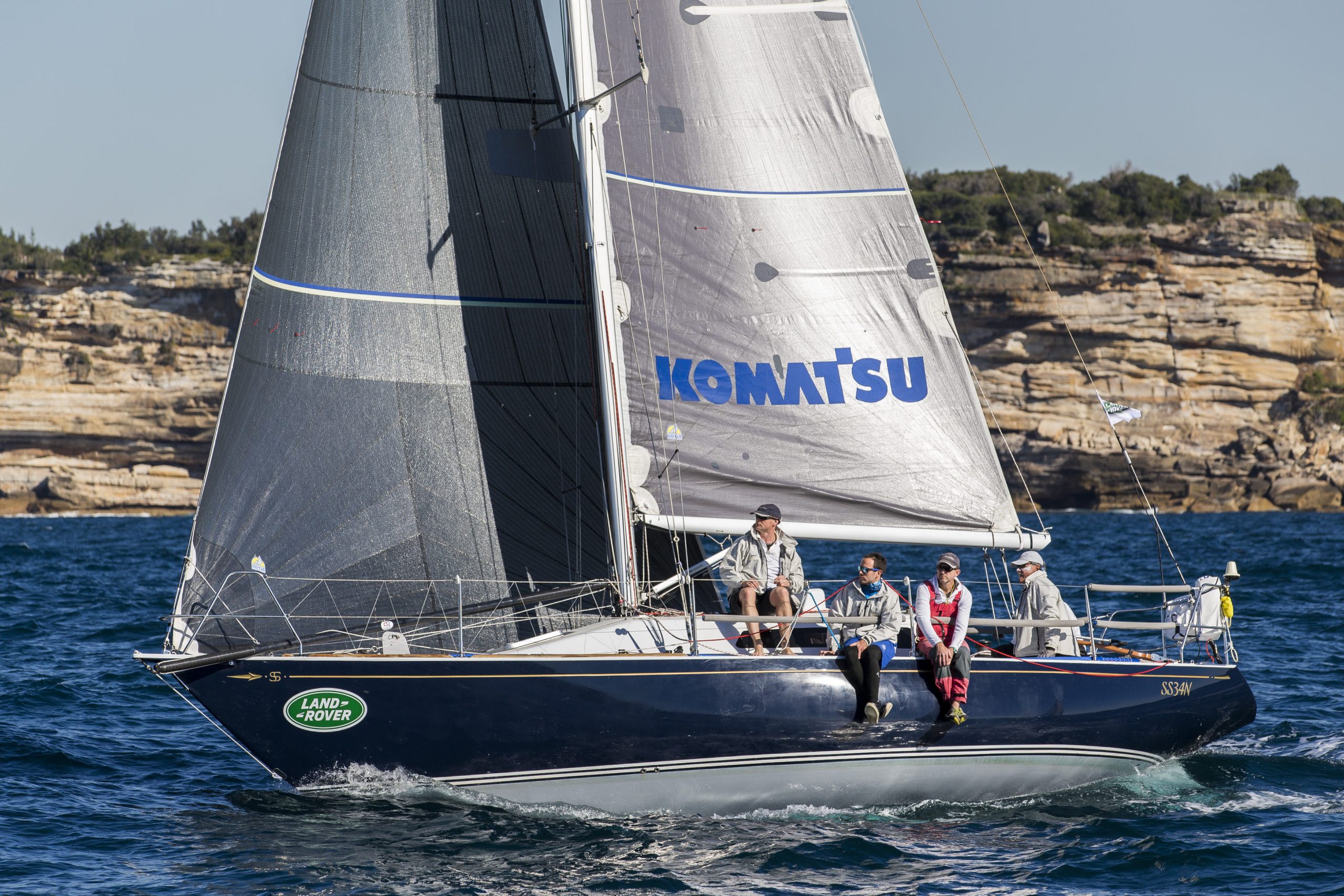 Entries for the New Caledonia Groupama Race close April 17 and a cross-section of monohulls and multihull owners have signed-up for a very different kind of South Pacific adventure.

Most visitors to the French territory travel for the water sports, beaches, ethnic fusion and diverse natural landscapes. Then there is the breed of sailor eager for a winter race to New Caledonia starting from Sydney, Auckland and Brisbane with a few days to recover and restock before they set off again, this time alongside the locals racing the clock around the island of New Caledonia starting Sunday June 17, 2018.

One of the smallest in the fleet at 10.05m is the Sydney based Komatsu Azzurro, Shane Kearns' trusty S&S34 – the little boat that could. Komatsu Azzurro's backstory of ruin to restoration is well told, and Kearns' optimism is well known.

“We are going to win,” he says of the impending New Caledonia Groupama Race. It's the same response when he's asked about the Cruising Yacht Club of Australia's Sydney Noumea Yacht Race, the feeder race he's expecting will take a week to complete. “Persistence will beat talent,” Kearns assures. His record of major wins and near wins demonstrates there is talent
there too.

“Definitely Sydney to Noumea will be our longest race with the boat. I watched the promo films and talked to the guys who did the last Groupama race and we decided to enter the follow on event. It looks like pretty easy sailing, up one side of the island and down the other. Conditions should be lovely, and there are some good boats!”

Drew Carruthers' 15m catamaran called Rushour will cruise from Queensland to Noumea before joining the local fleet, plus New Zealand and Australian challengers. This year's Groupama is a first for Carruthers and size-wise his boat is on par with Alain Vilas' 15.5m Catamaran called Birdies Furax², back in the biennial race for a second time. “It's a unique event and a
great excuse to sail to another part of the world,” Carruthers said. “The families will come over and have a holiday. I haven't been to the region for 25 years!”

Joining Royal Akarana Yacht Club's Auckland Noumea Yacht Race fleet is Graeme Wilson's RP52 Miss Scarlet. After competing in the Bay of Islands Race Week in January and the Jack Tar regatta last month, work has commenced to convert Miss Scarlet to offshore mode for the race to Noumea and the New Caledonia Groupama Race. “The crew is itching to get offshore and let Miss Scarlet stretch her legs,” Wilson said. “The warm tropical waters, trade winds and the beautiful reef will make the Groupama Race a highlight for 2018.”

Commodore of the organising Cercle Nautique Calédonien Yacht Club, Philippe Mazard, said the club would again provide a
“parrain” to welcome and assist the sailors arriving via the three feeder races. “On arrival, the parrain, which translates to Godfather but really just means a club volunteer, will welcome crews with a basket of foods, French baguette and drinks then assist the skipper with their clearance documents. After that, if the skipper needs help with a sail repair or local tourism advice, the volunteer is there to help. This year we'll have 50 volunteers to welcome the feeders race crews.

“In addition we are organising a fantastic social event at Port Moselle on Monday June 11 for all the visiting crews, including a concert at the race village and golf tournament,” the Commodore added.