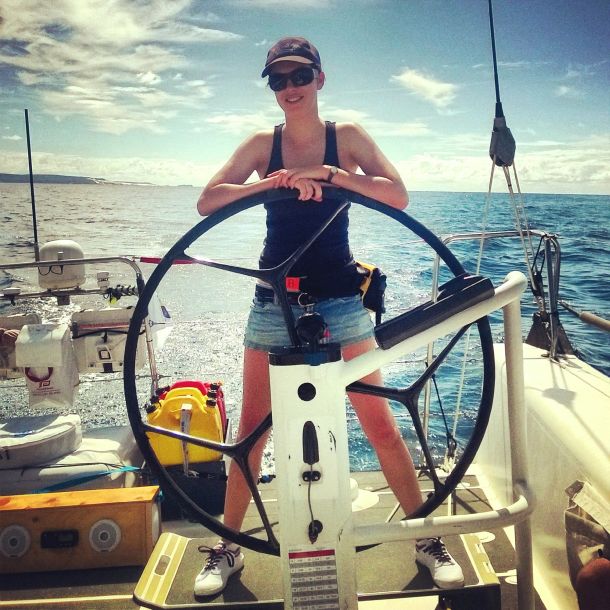 The 2015 QantasLink Brisbane to Gladstone Yacht Race is the sixty-seventh time that Queensland’s oldest ocean race will set sail on Good Friday. In a year when ocean races seem to be being cancelled due to lack of entrants, it is significant that for the chase up to Gladstone, the fleet has actually grown for 2015.

Emily Scott, crew member on one of the expected front runners Kerrumba, summed up why. “Races like this present different sailing situations compared to the usual day bay races, whether it be the forces of nature making things just that bit more challenging (and rewarding) or simply the beauty of sailing by moonlight. And of course the sense of accomplishment and celebration for the whole crew when you cross the finish line!”

In last year’s race, the challenge wasn’t too much wind, it was a complete lack of it. Trimmer Rod Pym tells the story. “Unfortunately in 2014 a large part of the fleet fell victim to a total glass out. The entire crew and boat had sailed well until the wind died and we drifted for some 12 hours before retiring, none the less it was great fun”. This year Rod’s objective is to simply sail as fast as possible without breaking the boat. For Rod, Mayfair, a Beneteau First 40 is the big rival whilst for Emily, undertaking her first Brisbane to Gladstone, it is about beating her good friends on Black Jack and Immigrant.

As bowman, Emily wants to nail the sets, drops and sail changes and a classic blue water ocean race remains the best place to do that.