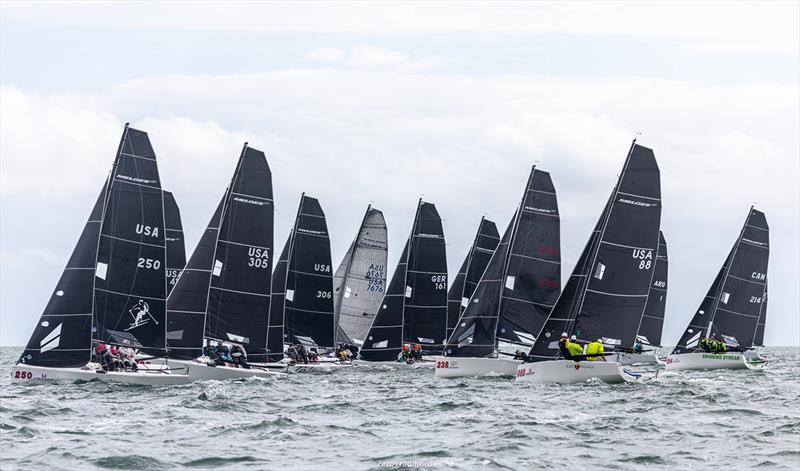 This morning, sailors were greeted with fog and rain. After a period of postponement, the first race began at 1530 hours. With cloud cover persisting throughout the day, the breeze came in at 9-14 knots, with waves on Biscayne Bay.

With 10 races scheduled, it is still anyone’s game. However, Kuai, sailed by Rayleen Thielman, Jeremy Wilmot and Alec Anderson, had a strong start, earning second place in the first race and winning the second race.

The Melges 20 Worlds is hosted by the Coconut Grove Sailing Club with support from Shake-A-Leg and Melges Performance Sailboats. Racing continues for the next three days.