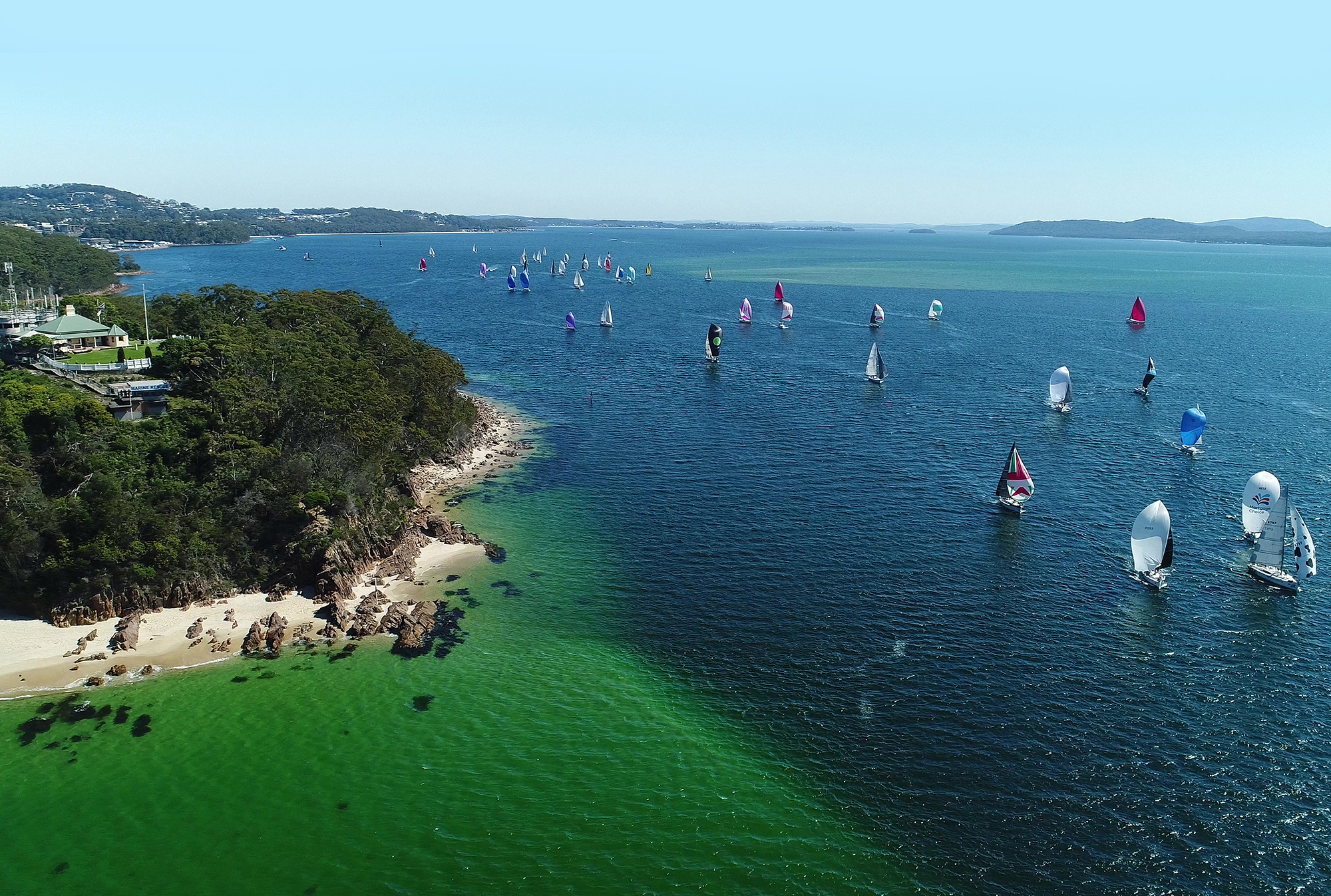 As Sail Port Stephens 2019 comes under starters orders, a mammoth 248 entries have been received across classes ranging from sports boats to TP52s – even before counting the junior one-sail and 16-foot skiff fleets that will register on their race day.

Allowing for cross-overs for the different series being contested during the week-long regatta, it represents more than 160 individual craft – easily a record in the event’s 12-year history. Additional divisions have been factored into the newly released Sailing Instructions.

Bats are raised as the Bannisters Port Stephens Commodores Cup, which starts on Monday April 8, has cracked the ton for the first time. Among the 101 entries are 18 Jeanneaus that will be contesting their own class trophy within the main series.

Representing Royal Queensland Yacht Squadron is Not a Diamond, an all-carbon HH42 owned by David Redfern and Linda Gorry, while added to the mix are six TP52s that will have their own division.

Performance Racing has 27 entries, ranging from a pair of J24s to the Marten 49 Arrandi. One to watch is the brilliantly sailed Farr 31 of Dale Sharp from Lake Macquarie. Performance Cruising, meanwhile has another record fleet of 60 competitors.

The spray on the bay will fly thick and fast during the VX One State Championship that’s drawn 14 contenders from Victoria, Queensland and, in Chris Dean’s case, South Australia to challenge the five NSW boats.

The feeder races from Pittwater on Saturday and Newcastle on Sunday also look jam-packed. In fact, several Port Stephens yachts have entered the Newcastle Cruising Yacht Club’s 41-strong fleet to sail back to home waters. The Royal Prince Alfred Yacht Club has 15 entrants in its Cat 3 Bluewater Pointscore event.

Regatta Director Jennifer Hughes says the regatta will be the most colourful ever.

“We’ve got a fantastic fleet and have upped the ante with the onshore social schedule, so it looks like being a brilliant event,” she said. “We really thank all the competitors and also the local marinas who’ve bent over backwards to accommodate everyone.”

Sail Port Stephens officially begins tomorrow with the 4th annual Women Who Sail Australia Gathering on the Bay at d’Albora Marina Nelson Bay, bringing sailors from across Australia and New Zealand for three days of safety and technical talks. Email womenwhosailaustralia@gmail.com or see their Facebook page for details.

Sailing Instructions and course maps can be found via sailportstephens.com.au/racing/sailing-instructions.