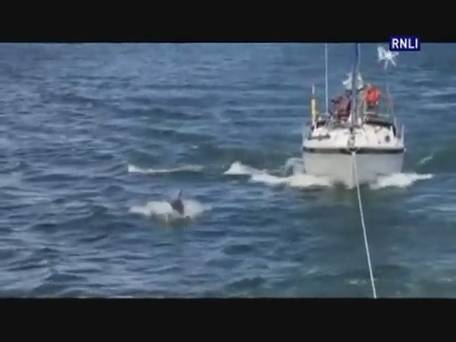 As it was towing them into harbour, some of the highly intelligent mammals, known in legend for rescuing humans at sea, swam alongside, captured in footage taken by the crew.

The boat had been travelling between Bangor and Campbeltown in Scotland when its propeller became tangled.

Weather conditions were good but there was not enough wind to sail in the absence of the engine.