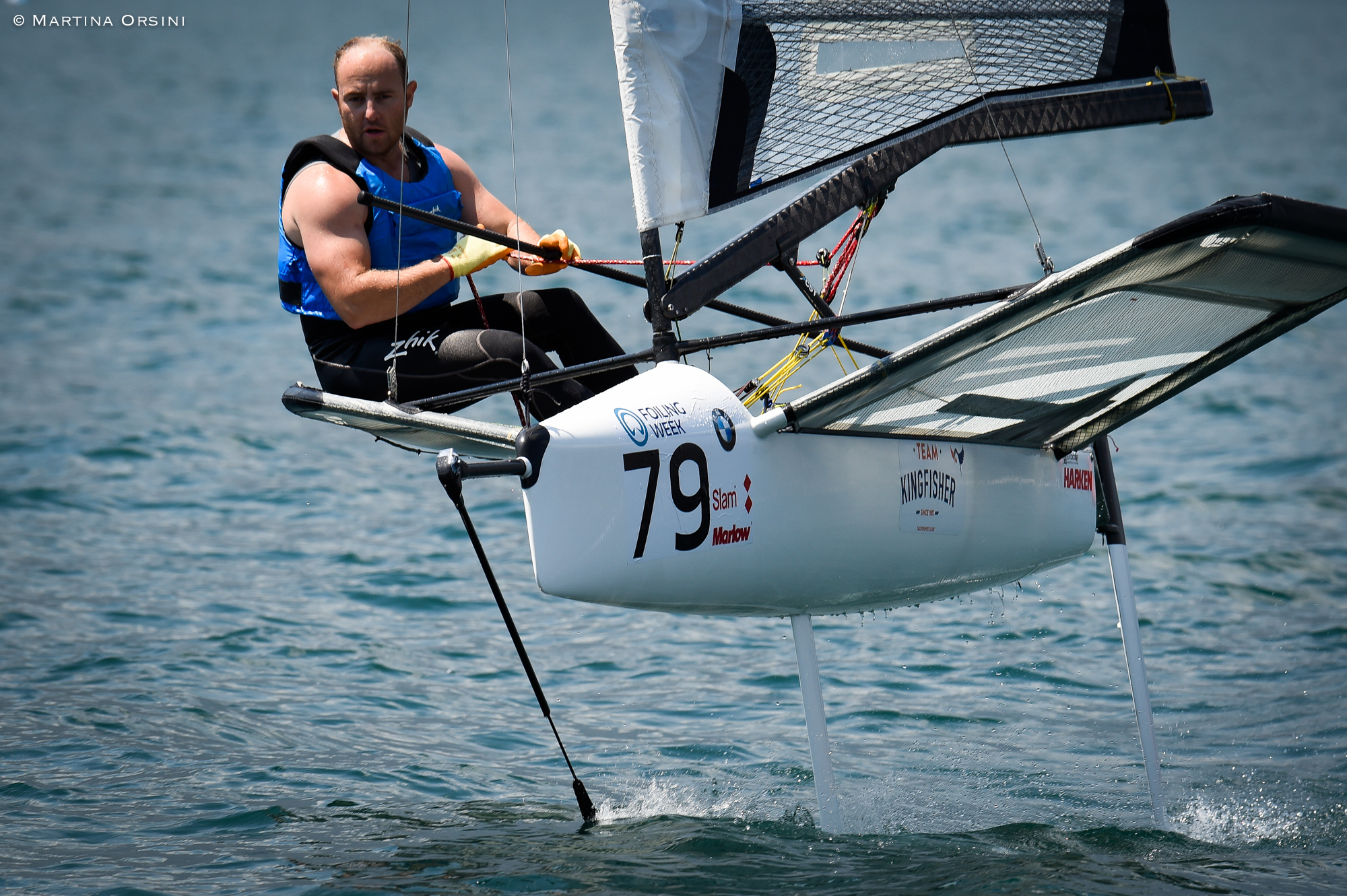 The first day of the 2017 Foiling Week was bathed in warm sunshine and humid sailing conditions on Lake Garda with the typical ‘Ora’ afternoon breeze never really building to full strength. It did however prove ideal for trial sailing on board the armada of foiling craft on show.

Classes including the Flying Phantoms, S9 and a host of prototypes took part in organised racing as part of a Foiling Week regatta series whilst a varied selection of foiling craft were made available for trial sailing. The list grows each year at Foiling Week Garda and now includes: the Waszp, S9, F101, iFly15 and the Whisper.

Jerry Hill from the F101 was particularly pleased with his first day of trials on board the new F101.

“We had a good day; conditions were a bit light at times but we had enough wind to go foiling. We had a number of people trying the boat for the first time and these were guys who sail Lasers, Dragons and other boats, but had never foiled before.

“We managed to give all of them about 15 minutes in the boat and out of 9 people on the boat today, eight of them successfully foiled. This included a disabled sailor. All came in with a massive grin on their face saying it was phenomenal.”

The S9 continues to develop and each year the class grows at Foiling Week. With established fleets in the US and in Italy and growing interest in the UK market the small foiling catamaran is an ideal entry level foiling boat for all ages, sizes and abilities. Alfredo Bernad from Spain is racing the S9 this year after a trial in the boat at last year’s Foiling Week.

There are more and more Moths arriving every day to practice on Lake Garda ahead of the Moth World Championships taking place at the same venue in Malcesine in a few weeks’ time. The entry list has more than 220 boats and confirms the venue as one of the foiling capitols of the world.

Exhausted sailors came ashore after long day on the water to the now infamous Foiling Week pasta party at host club Fraglia Vela Malcesine to replenish the energy reserves and share their experiences with other first time foilers.