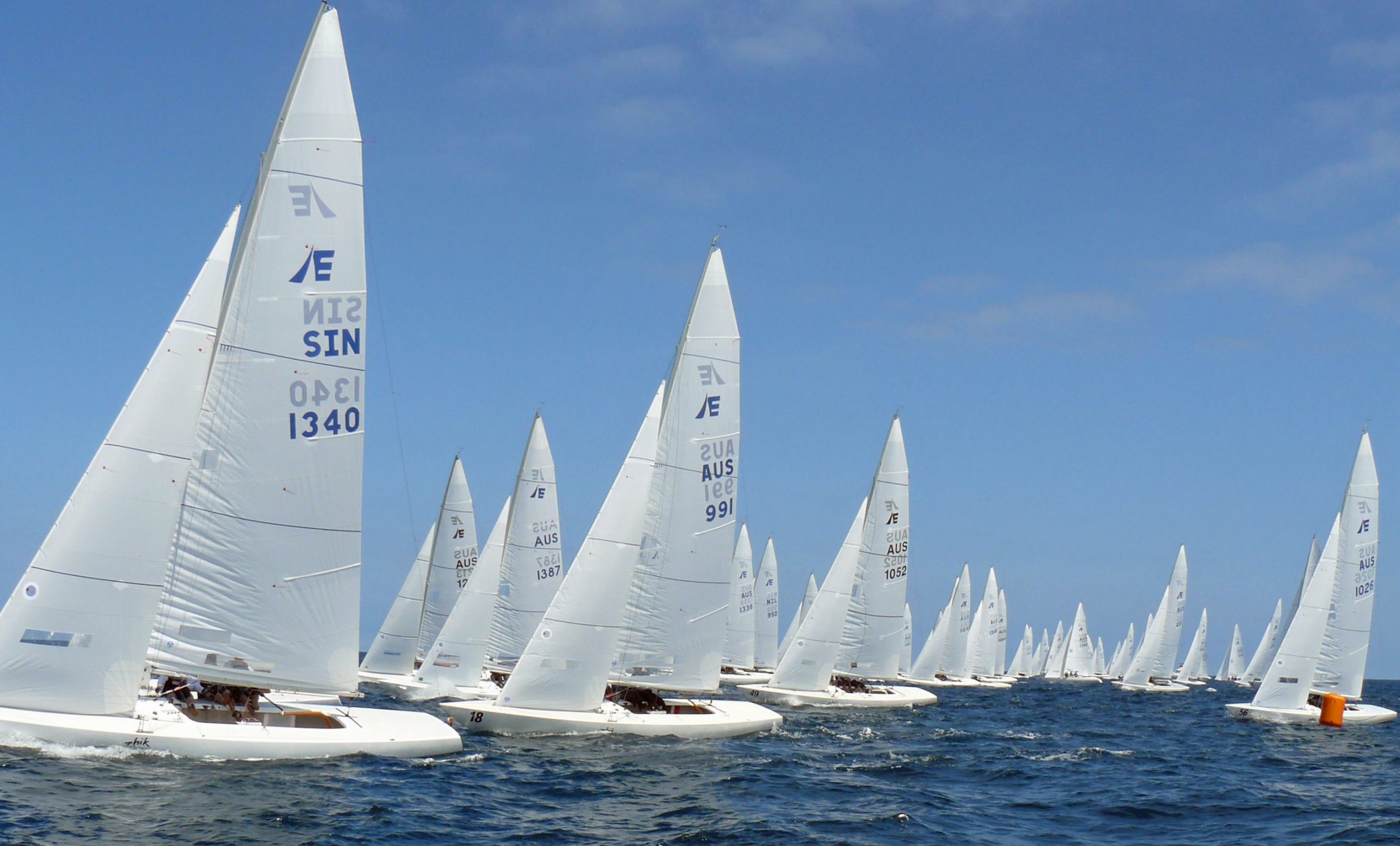 An outstanding 46 boat line-up is due to contest the Royal Prince Alfred Yacht Club run Etchells Australian Championship January 11-15, 2017, including five current and former world champions and multiple national champions in Etchells and other classes.

Current Etchells world champion John Bertrand isn’t competing with his 2016 winning worlds crew, instead he’s recruited Bill Browne and Jake Newman to challenge for the series with Triad2. The trio has achieved their own success in the class, a state title and second at a previous national title.

On the opening day of racing tomorrow Bertrand said, “The Etchells continue to be the hottest one design fleet in the country and I’m really looking forward to the Australian Championship. Typically there’s a very good fleet of world champions and Olympic competitors, plus a whole lot of young people are coming through the class.” The forecast Bertrand describes as “a mixed bag”.

“The little I’ve seen of the forecast there should be something for everyone,” Richards said. “It’s going to be a strong fleet with John Bertrand and other guys who are on form.

“From our perspective after borrowing and chartering other people’s boats for the last couple of years we are looking forward to getting out on our own boat for its first regatta. We’ve had a few outings on Sydney Harbour and now we are eager for the heat of battle, though in one design we know it’s not the boat; it all comes down to the people. Our biggest competition will be ourselves,” Edwards added.

Two races per day and a maximum eight races constituting the series are scheduled to be conducted under PRO Ross Wilson in the vicinity off Palm Beach Headland on Sydney’s Northern Beaches known as the Palm Beach circle.

Thursday’s first warning signal is due to sound at 1255hrs and Friday through to Sunday the start sequence begins at 1155hrs. The final trophy presentation will take place at the RPAYC after racing on Sunday January 15.