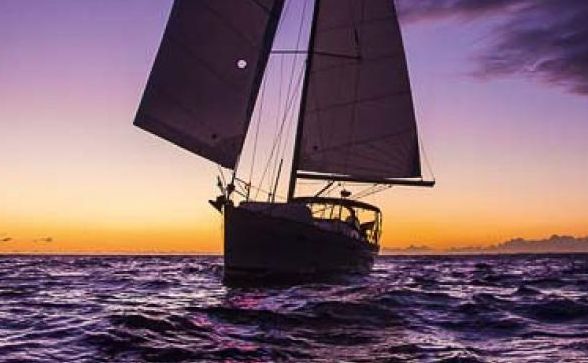 The Waikawa Boating Club took a step into the dark recently when 14 boats took part in a night sailing exercise.

It was the first time the club had run a session like this to help boaties better understand navigating and sailing at night.

The boats left the marina in Waikawa at five minute intervals and the course took them into the Marlborough Sounds around Luke Rock, behind Allports Island and down Onahau Bay and around the Mistletoe 5 knot buoy before returning to the marina.

Fortunately experienced sailors Steve Dawson and Rob Carpenter gave in-depth warnings during their briefing around collision avoidance, highlighted as the main hazard while navigating in the dark.

All went as expected until a traffic jam in Onahau Bay tested the light recognition skills and collision avoidance abilities of the participants. The club was pleased to report all were safely tucked up either in the marina or or out on a mooring for the night by 11pm.

The Coastguard's Bluebridge Rescue also stayed with the fleet until they were well on their way to Onahau and, with five radio checkpoints, on-shore staff were kept busy talking to them and plotting their progress.

Breakfast at the club on Sunday morning was a fairly raucous affair with everyone relaying their experiences. Much was learnt about their boats systems and areas to brush up on.

“This was a fabulous activity and, as we dealt with unexpected issues, it was extra helpful for gaining confidence,” one participant said.

Another said: “It was thrilling and ecstatic. Sailing in the dark is just beautiful.

Waikawa are planning on expanding this event in future.