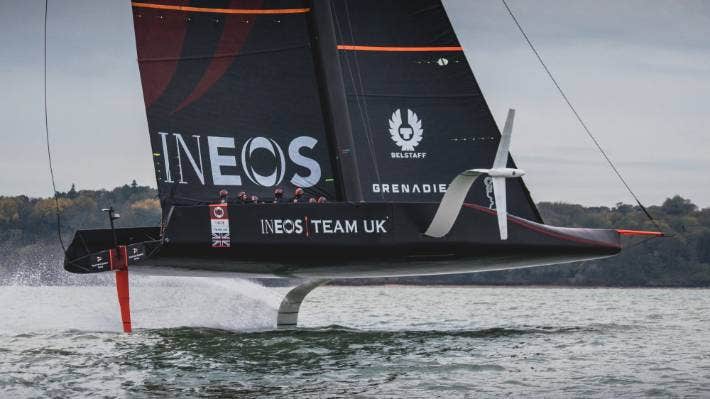 They have already had their second AC75 delivered and it is being commissioned ahead of its departure to New Zealand.

The Brits intend to fly both their boats to New Zealand as they get set to transfer operations from Portsmouth to Auckland and go through the quarantine process ahead of starting the final phase of their training on the Waitemata Harbour.

INEOS Team UK’s original boat Britannia drew criticism over its design, and they even resorted to modifying the hull with a stick-on bustle to bring it in line with the designs of Emirates Team New Zealand and Luna Rossa.

“It is certainly different,” Simmer said of the boat they hope will win the Prada Cup challenger series and then beat the Kiwis in the America’s Cup match. “I’m nervous but the boat is a big step forward, this new boat.